Rescue workers comfort Nong Gina at the hut where she was found, about two kilometres from her home in Mae Taeng district, Chiang Mai, around noon on Wednesday. (Photo: Panumet Tanraksa)

CHIANG MAI: A 23-month-old girl missing from her home in a remote village in Mae Taeng district since Sunday was found safe on Wednesday in a hut where she was left by her abductor.

Phonsiri "Nong Gina" was located around noon by rescuers accompanied by her relatives.

She was in a hut surrounded by sugarcane and corn fields on a path leading to a cave, about two kilometres from her home at Haui Fak Dab village in tambon Inthakhil, where she had last been seen on Sunday evening.

The girl was wearing only a shirt, was covered in insect bites and appeared exhausted, reports said. She was quickly given water and milk, and then taken to Mae Taeng Hospital for a checkup.

Her parents, other relatives and officials at her home were jubilant upon hearing the news. A search centre had been set up at a local school.

Pol Lt Gen Prachuap Wongsuk, commissioner of Provincial Police Region 5, said everyone was very happy the girl was found alive and safe. Investigators would continue to question her alleged kidnapper to determine the motive.

Provincial police chief Pol Maj Gen Pichet Jiranantasin said earlier on Wednesday that the detained prime suspect in the case, a 44 year-old Myanmar man, had given directions and was accompanying rescuers. He said he had left her near a cave. They hoped to find the girl alive, he said.

The girl's disappearance from her home sparked a huge search.

The suspect was identified only as Siew, 44, a Myanmar national and friend of the girl's father, Suriya Wongsilaruang. He had been detained for questioning as a prime suspect.

Pol Maj Gen Pichet said Mr Siew confessed he took the girl from the village and abandoned her in front of a cave about three kilometres from the village, as a sacrifice to the spirits of the forest and mountains.(contnues below) 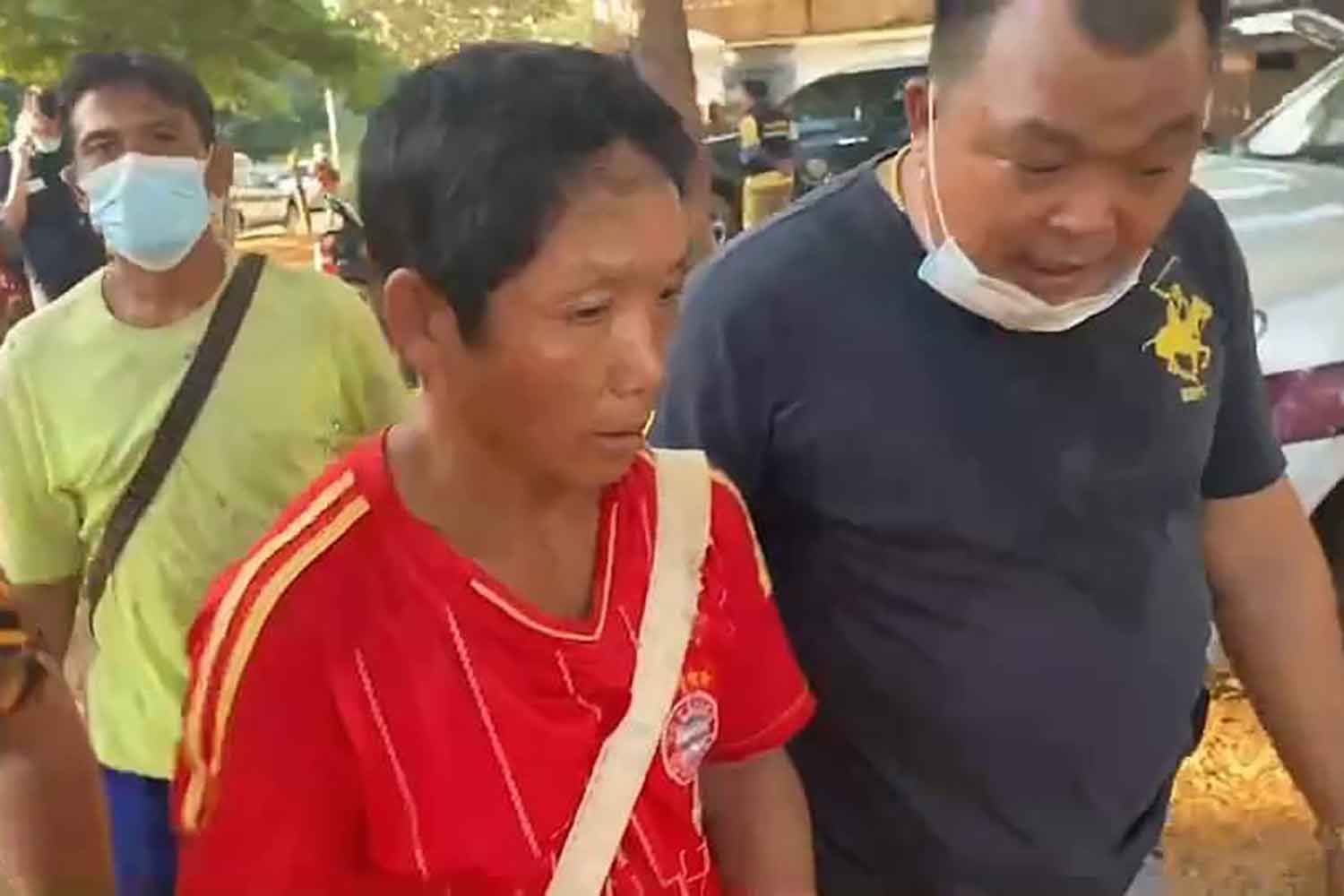 Mr Siew had confessed on Wednesday morning after two days of intense interrogation during which he had been evasive about giving information, Pol Maj Gen Pichet said.

Mr Siew insisted he had not killed the girl. He said he left her in front of a cave and returned to the village.

Pol Maj Gen Pichet said rescuers were taking Mr Siew with them to the cave where he said he abandoned "Nong Gina".

Nong Gina is taken to Mae Taeng Hospital in #ChiangMai after the young girl missing from her home in a remote village has been found safe this morning. #BangkokPost #Thailand https://t.co/4OTcvzcRkd https://t.co/Q6Q1vUoOIJ