A Narcotics Suppression Bureau officer examines a package of speed pills following a raid on a house in Bang Pa-in district of Ayutthaya on Friday night where over 7 million speed pills and other drugs were seized and seven people caught. (Photo: Sunthorn Pongpao)

AYUTTHAYA: Seven members of a major drug network have been arrested with more than 7 million speed pills, 300kg of crystal methamphetamine and 184kg of ketamine during a raid on a house in Bang Pa-in district.

A team of officials from the Narcotics Suppression Bureau raided the house in tambon Chiang Rak Noi around 8pm on Friday.

The search found large quantities of speed pills and other drugs and seven people were arrested, said the arresting team led by Pol Lt Gen Montri Yimyaem, commissioner of the NSB.

Seized from the house were 7.1 million speed pills, 184kg of ketamine, 300kg of crystal methamphetamine and four vehicles. 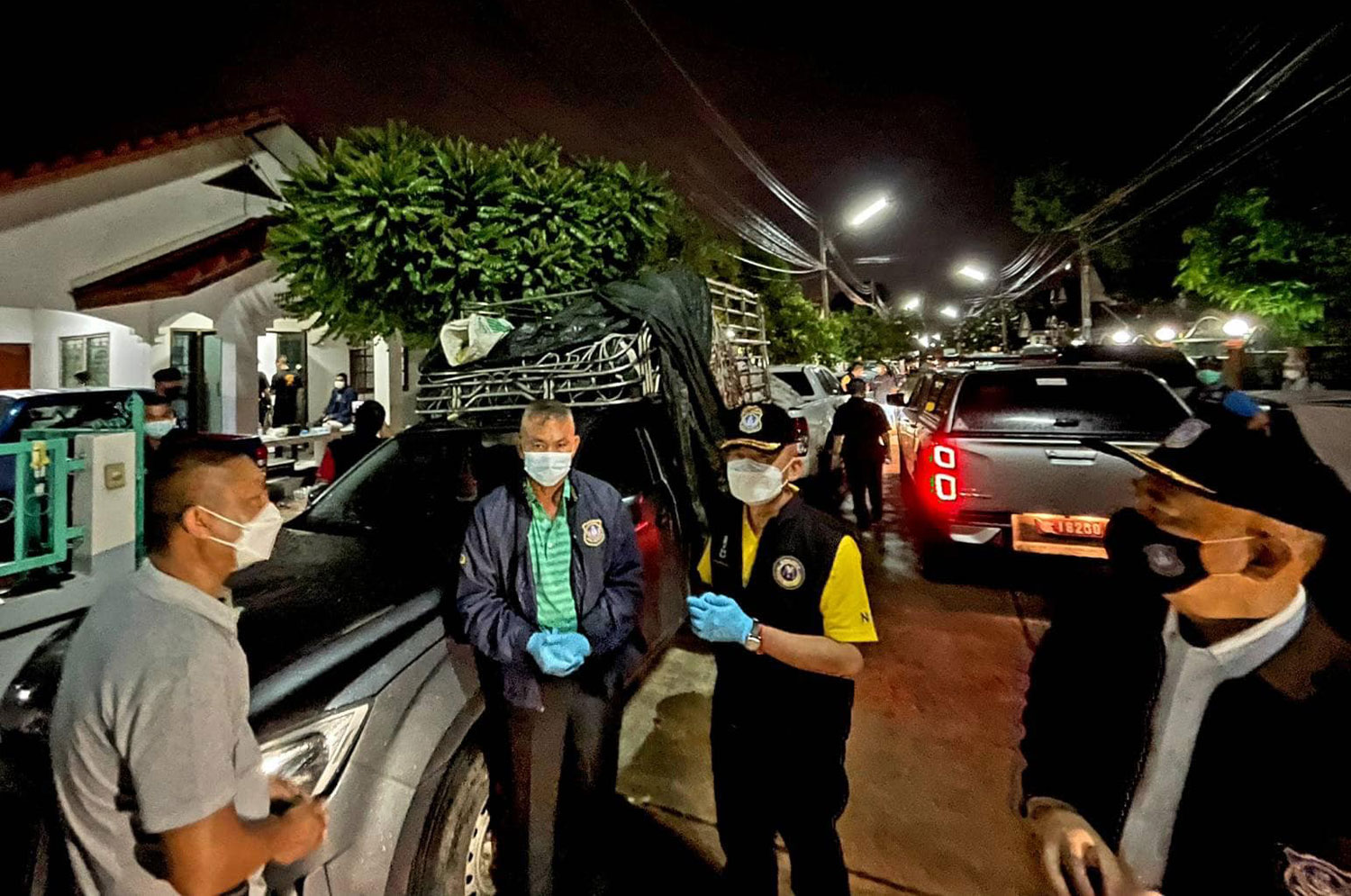 The large haul of illicit drugs followed the arrests of three drug suspects in Bangkok from whom 40,000 speed pills had been seized. The officers later extended the search and seized 1 million more speed pills from the gang.

The extended police investigation further found that the drug network had kept large quantities of illicit drugs at a house in Bang Pa-in district of Ayutthaya and there were more members in the network.

They rented houses in several areas to store narcotics and used pickup trucks loaded with crops, particularly corn, to move illicit drugs by hiding them underneath. 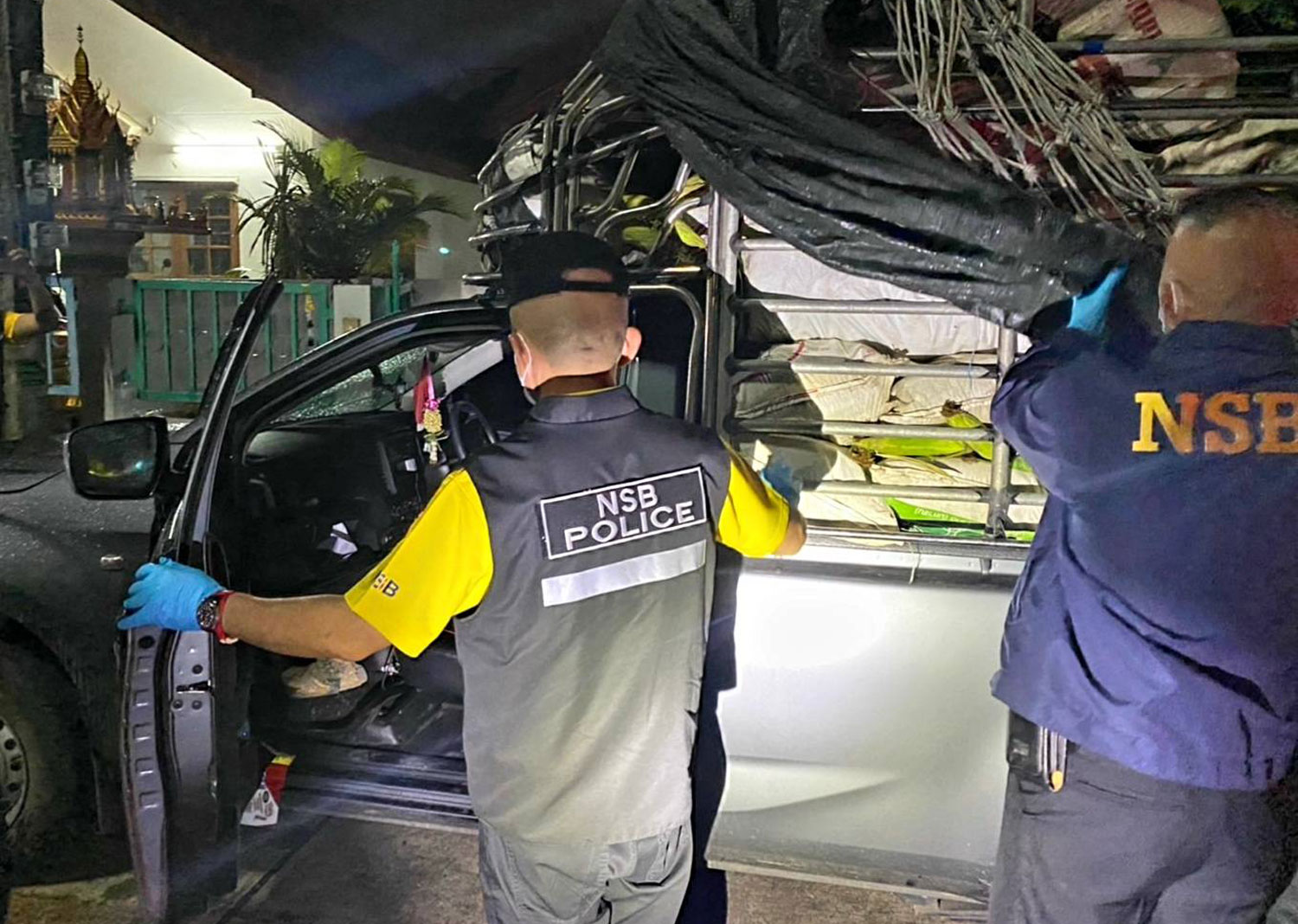 Seven members of a major drug network are arrested at the house in Ayutthaya. (Photo: Sunthorn Pongpao)