People queue across a walkway in Ratchaprasong area of Bangkok on Monday to get a shot of Covid-19 vaccine after registering at the Police General Hospital. (Photo: Varuth Hirunyatheb)

A single dose of Covid-19 vaccine does not guarantee survival if infected, with 14% of fatalities having already received their first jab, according to disease control officials.

The Department of Disease Control tracked the vaccination records of 13,637 fatalities across the country, and found that 1,967 of them, or 14.4%, had already received a first dose.

There were 2,760 deaths, or 20.2%, that could not be categorised in any particular group due to having no vaccination record in the Mor Prom database, or due to conflicting information, the department said.

The department did not break down the figures for the different vaccines that are being used.

The study covered the period July 25 to Sept 9 with people aged 60 or more being the majority. The results were released on Monday by the Centre for Covid-19 Situation Administration (CCSA).

More than 60% of the fatalities tracked were in Greater Bangkok and 5% were in southern border provinces. These were considered the most dangerous areas attacked by the pandemic.

"Vaccines not only protect people from infection, but also can save lives," CCSA spokesman Dr Taweesilp Visanuyothin said. (continues below) 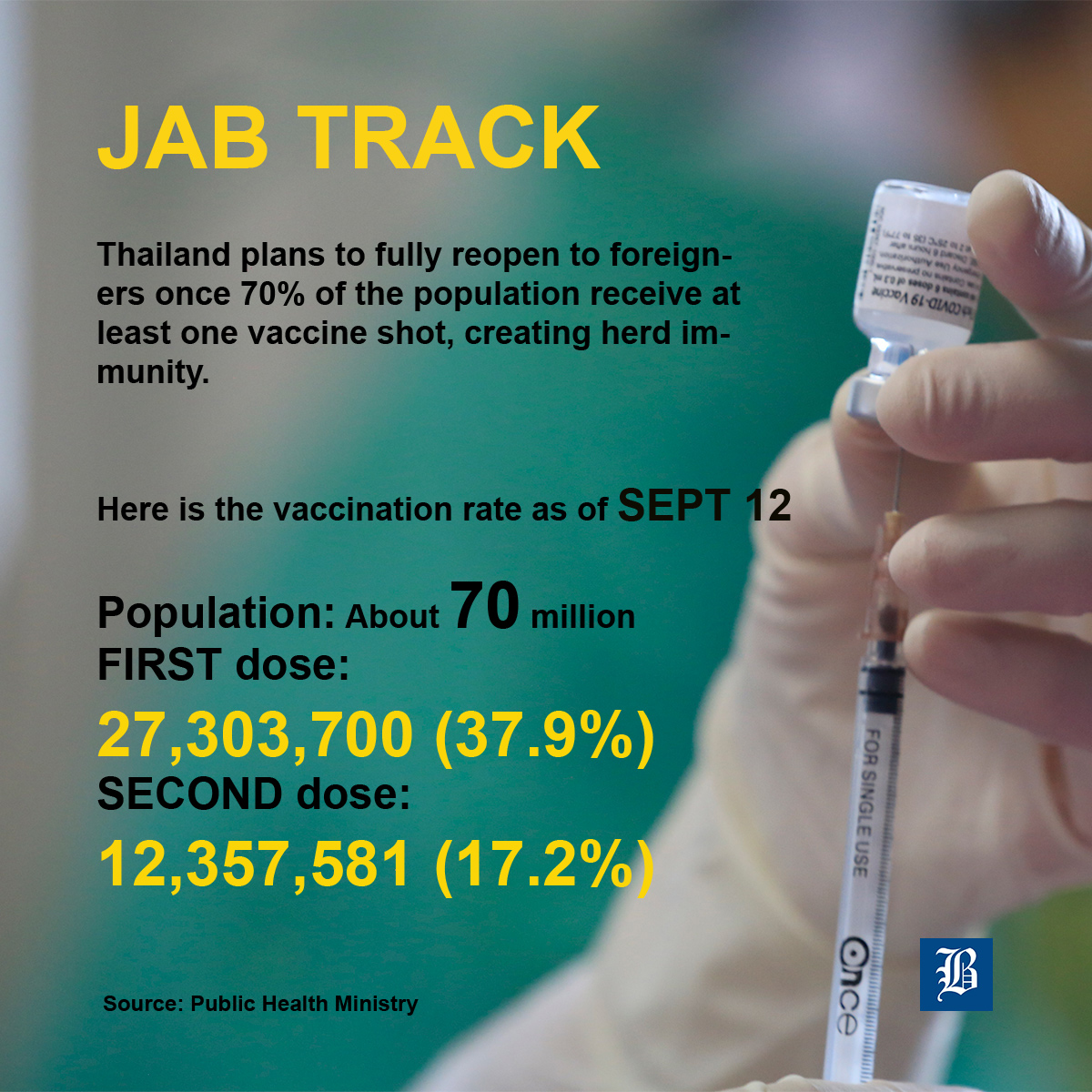 More than 27 million people across Thailand have now received at least one dose, and some 12 million have been given two shots.

Only in seven provinces, including Bangkok, had more than half of the population received at least a first dose as of Sunday. The others were Pathum Thani, Samut Sakhon, Samut Prakan, Chachoengsao, Chon Buri and Phuket.