Hotels in Phuket have benefitted from more than 524,000 paid room nights since the island province's sandboxed reopening 11 weeks ago, with the largest group of visitors coming from the United States, according to a government spokesman.

Taweesilp Visanuyothin, spokesman for the Centre for Covid-19 Situation Administration, said on Wednesday that the island reopened to foreign tourists on July 1, visitors had stayed for 524,221 hotel room nights - 190,860 nights in July, 176,121 nights in August and 157,240 nights as of Tuesday. 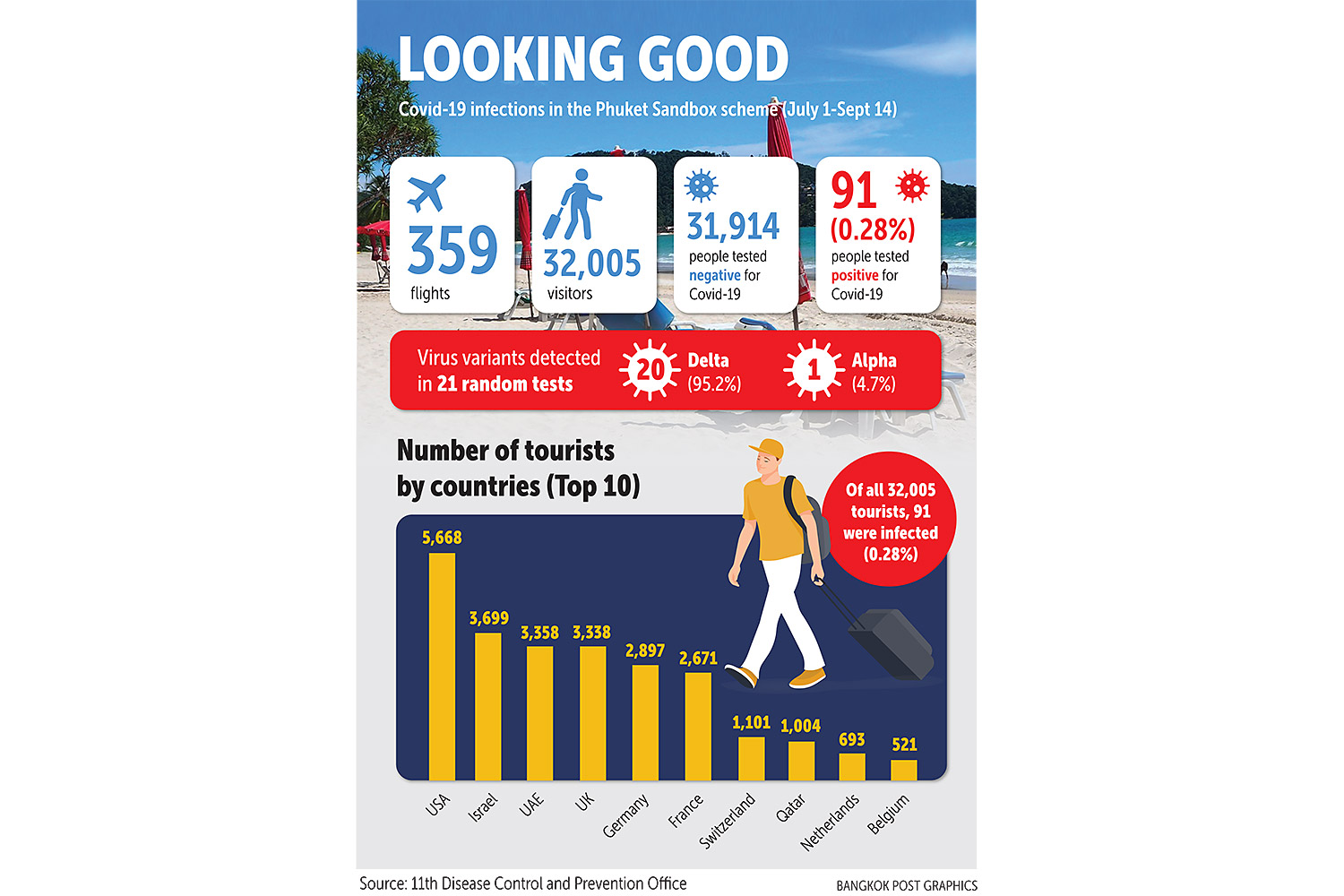 On Wednesday, another 284 visitors arrived on the island and all tested negative for the disease.

Over the previous 24 hours 229 Thais and migrant workers were confirmed with locally contracted Covid-19 infections in Phuket and had already entered treatment procedures.

Local health resources were adequate to the task because 90% of the cases were either asymptomatic or with only mild symptoms, but 10% needed hospital admission, Dr Taweesilp said.

As visitors were now required to spend only seven nights instead of 14 nights in Phuket and could then travel to island and beach resorts in nearby Surat Thani, Phangnga or Krabi province, those three southern provinces also benefitted. They reported hotel occupancy of 7,135 room nights - 3,936 room nights in Surat Thani, 1,936 in Phangnga and 1,263 in Krabi.

"This gives some breathing space for people who depend on tourism," Dr Taweesilp said.

Permanent health secretary Kiatiphum Wongrajit said that while Phuket was logging more than 200 new Covid-19 cases a day at this time, they included workers from other provinces.

Officials were speeding up the provision of Covid-19 vaccinations for workers, Dr Kiatiphum said.

The Advance Passenger Processing System (APPS) is being updated to check incoming air passengers for their health documentation ahead of their arrival as the country is set to reopen to international tourism starting next month, according to the Airports of Thailand (AoT).