Communities along the Noi River in Ayutthaya were flooded as the Chao Phraya tributary overflowed on Thursday morning, with warnings the water could rise by another metre in the next 24 hours.

The Chao Phraya Dam began discharging excess water downstream at the rate of 1,400 cubic metres per second, causing the Noi River to burst its banks, flooding fields and residential areas.

Runoff from heavy rain in lower northern provinces and the Central Plains in the past week  flowed into the Chao Phraya River in Nakhon Sawan at 1,900 cubic metres a second, and then downstream to the Chao Phraya Dam in Chai Nat.

Authorities said water levels in low-lying areas in the Central Plains and communities along the Noi and Chao Phraya rivers were expected to rise by another one metre in 24 hours.

In Nakhon Ratchasima, heavy rain in recent days caused the Lam Chiang Krai River to burst its banks and flood many houses in Dan Khun Thot district. The flooding persisted in Dan Khun Thot on Thursday. At least 150 households were under water.

Police and volunteers on Thursday delivered relief bags to flood-affected residents in three villages in tambon Nong Bua Lakhon of Dan Khun Thong, where the flooding was the worst  in 10 years. The water was over one metre deep and showed no sign of receding. 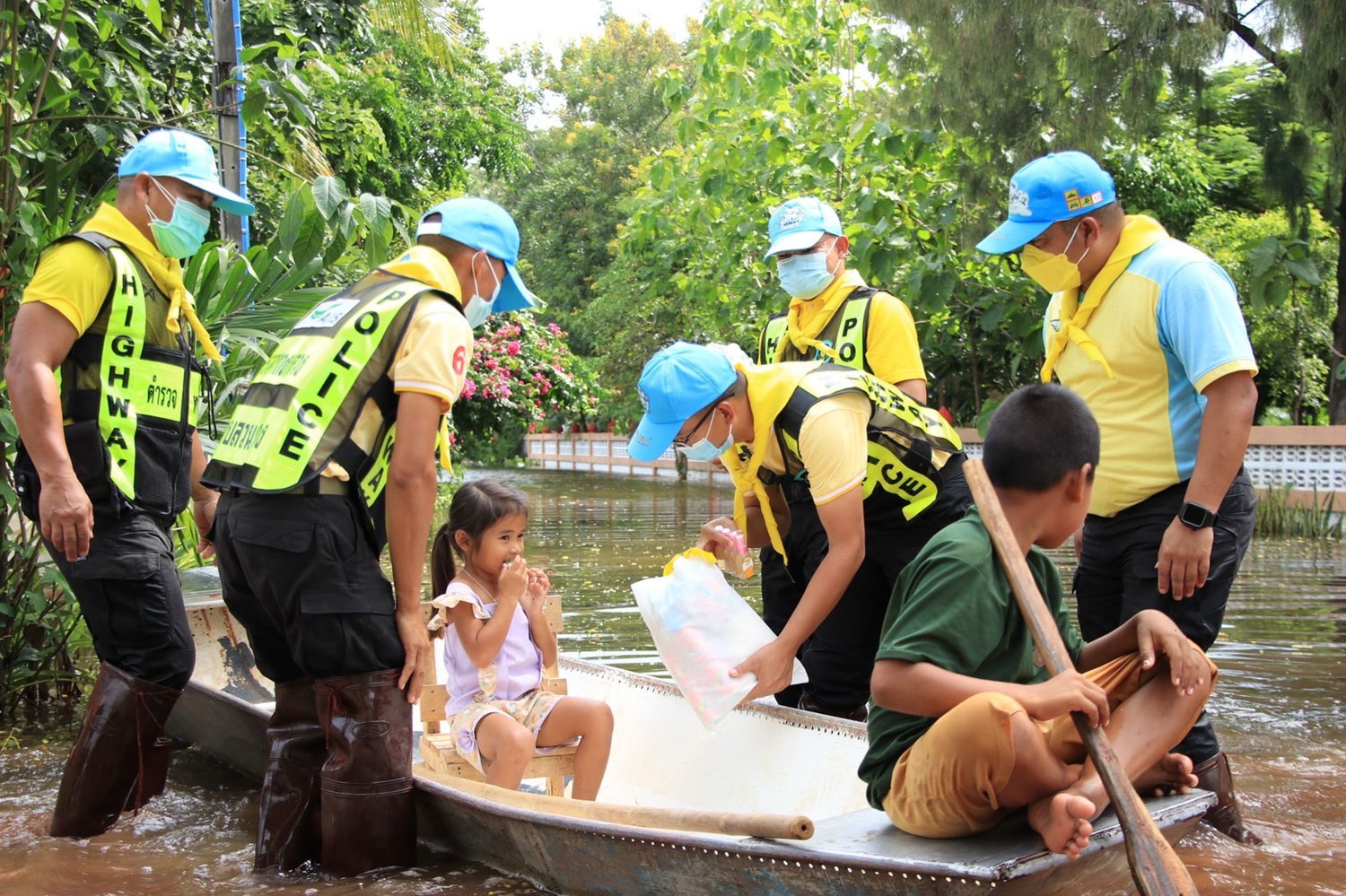