Lonlada Thanitsawong, 58, was hit in the leg and rushed to a hospital.

Her son-in-law, Pongsathorn Khiewklang, told police that while he was driving his pickup truck to Ms Lonlada's house two men on a motorcycle followed him, abusing him and claiming he had cut in front of their bike. He paid them no attention.

Mr Pongsathorn said the two men followed him all the way to Ms Lonlada’s home, where she and other family members were enjoying a moo krata pork barbeque in front of the house.

The bike following him had stopped about 150 metres past the house. He saw one of the men take something from under the seat and point it in his direction, then heard a gunshot. His mother-in-law was hit in the right leg by the bullet, Mr Pongsathorn said.

The two men fled on the motorcycle.

Police said after questioning witnesses in the area that they thought the man who fired the shot had been only recently released from jail after being sentenced for a weapons offence.

They were examining surveillance video from cameras in the area and would track down the shooter and his accomplice. 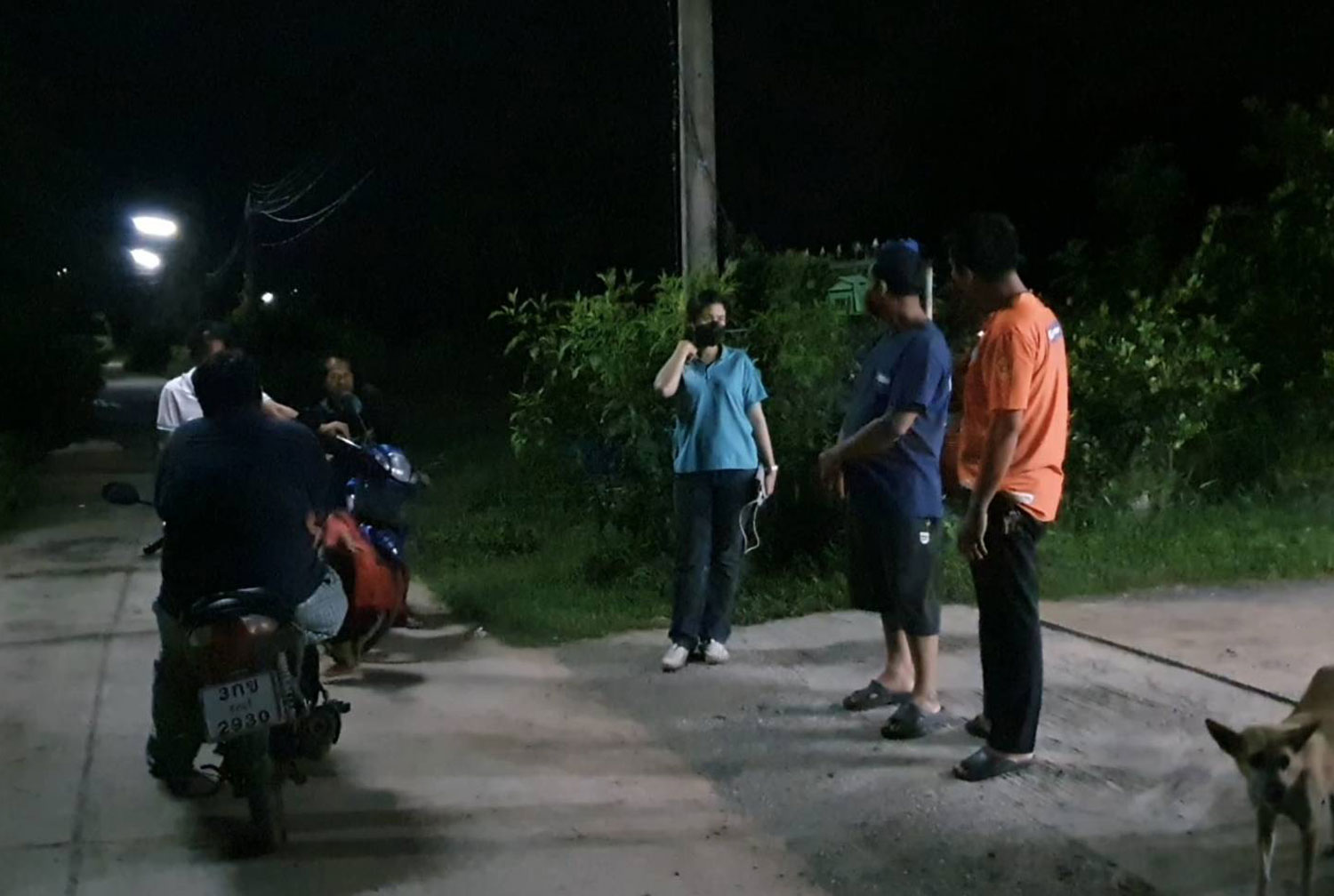 People gather in front of the house in Khong district, Nakhon Ratchasima after the shooting. (Photo: Prasit Tangprasert)

People gather in front of the house in Khong district, Nakhon Ratchasima , where the  house owner was shot in the the leg. (Video supplied via Prasit Tangprasert)