The charcoal stove and ashes found inside a car parked on a road in Samut Prakan's Bang Sao Thong district on Thursday night. The driver was dead inside the vehicle. (Photo: Sutthiwit Chayutworakan)

SAMUT PRAKAN: A 40-year-old man was found dead in his parked car on the side of a road in Bang Sao district on Thursday night. A charcoal stove with ashes was also in the vehicle.

Warehouse employees reported its presence to police about 9pm, said it had been there all day and there was an unconscious man inside it.

Police and rescue workers sent to the scene opened the car and found Witthaya Khotwong, 40, of Rayong, dead inside the vehicle. A charcoal stove containing ashes, and a bag of charcoal, was also found inside it.

Witthaya was an employee of GS Yuasa Siam Sale Co in Samrong area of Samut Prakan.

Police found no bruising or other evidence of violence. He was believed to have died 6-8 hours before being found. His body was sent to a nearby hospital for post-mortem examination.

Warehouse supervisor Erawan Sutthimon, 30, told police she saw the car parked in front of the warehouse with the engine running on Thursday morning. That night, an employee told her the car was still parked there but the engine was stopped. The driver was inside the vehicle.

She and other workers went to check. She knocked on the car door several times, but there was no response from the driver. She then alerted police.

Police initially believed he took his own life, but said they would investigate further. 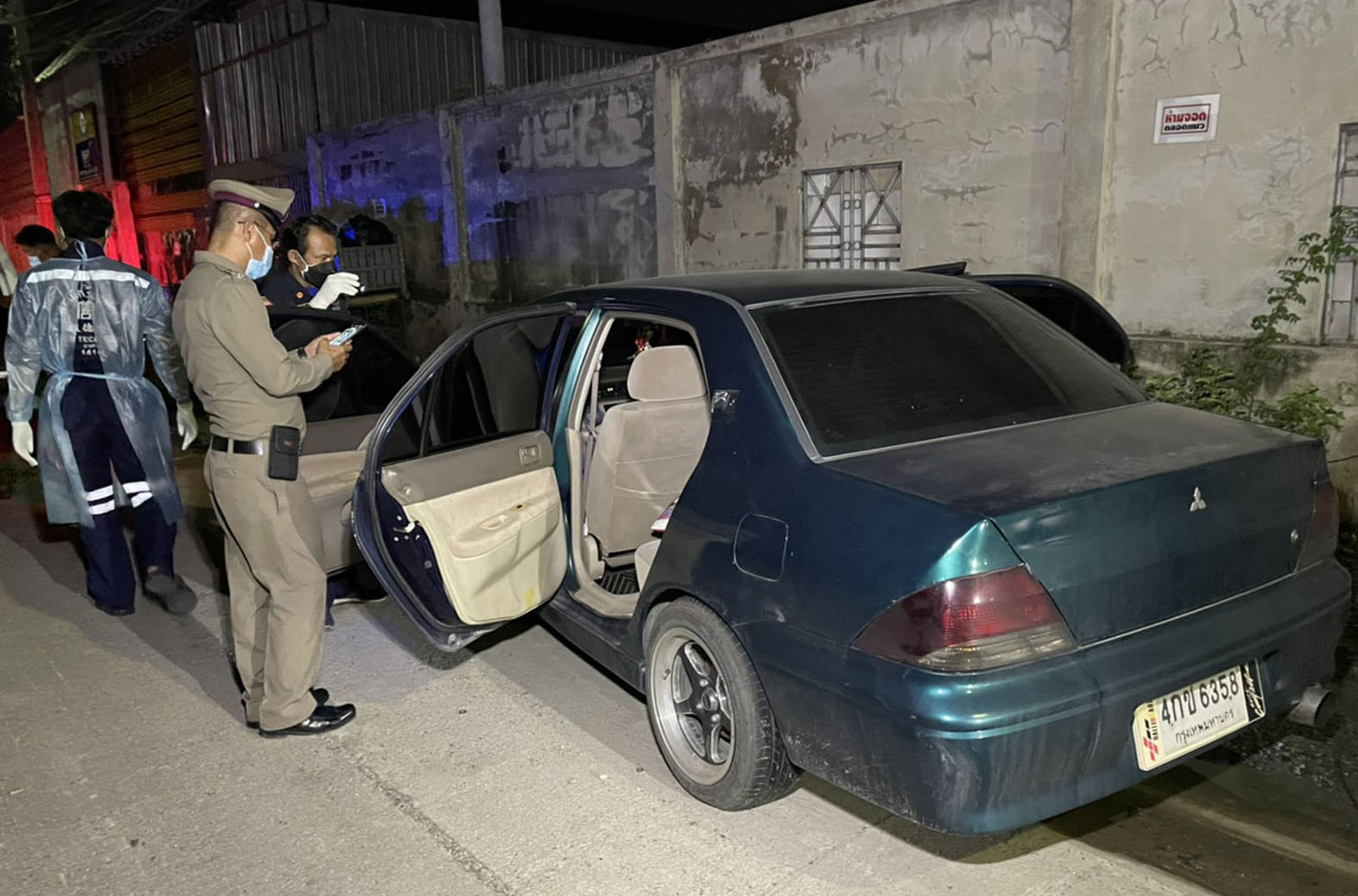 Police with the parked car in which a man was found dead on Thursday night outside a factory warehouse in Samut Prakan.  (Photo: Sutthiwit Chayutworakan)