Police find the car an army ranger used to flee after allegedly shooting dead his wife and mother-in-law and wounding his wife's sister at their home in Sabayoi district of Songkhla on Thursday night. The car ran off the road and overturned. He used a rifle to commandeer a motorcycle and fled. (Photo supplied via Assawin Pakkawan)

The shooting followed a heated argument, heard by neighbours, at their home in Rai Nua village around 10.22pm on Thursday.

Two women were dead inside the house with gunshot wounds. Riam Sribang, 58, was shot twice in the head and found lying face-down on the floor. Her daughter Chuthamas Sribang, 38, was also shot in the head twice and was found slumped at the door to the house.

A third woman, Om Sribang, Chuthamas's younger sister, had been shot in the right arm.  She was taken to Sabayoi Hospital.

Police found five spent 9mm cases and one unfired bullet at the scene.

Police investigators quickly concluded that the victims were shot by Pheeraphat Onchart, 37, an army ranger stationed in Yala’s Yaha district, and husband of Chuthamas.

He fled in a Toyota car with Songkhla licence plates that was later found overturned off the side of the road in front of Wat Bayoi in Sabayoi district.

He used an M16 rifle to commandeer a local resident's motorcycle and continue his escape, according to police.

Police said the shooting was motivated by jealousy. The ranger went to the house to see his wife, and the couple had a heated quarrel.

Neighbours then heard the sound of multiple gunshots, and the man fled the house.

Police have launched a major hunt for the man. His ranger unit in Yala has also been asked to help track him down. 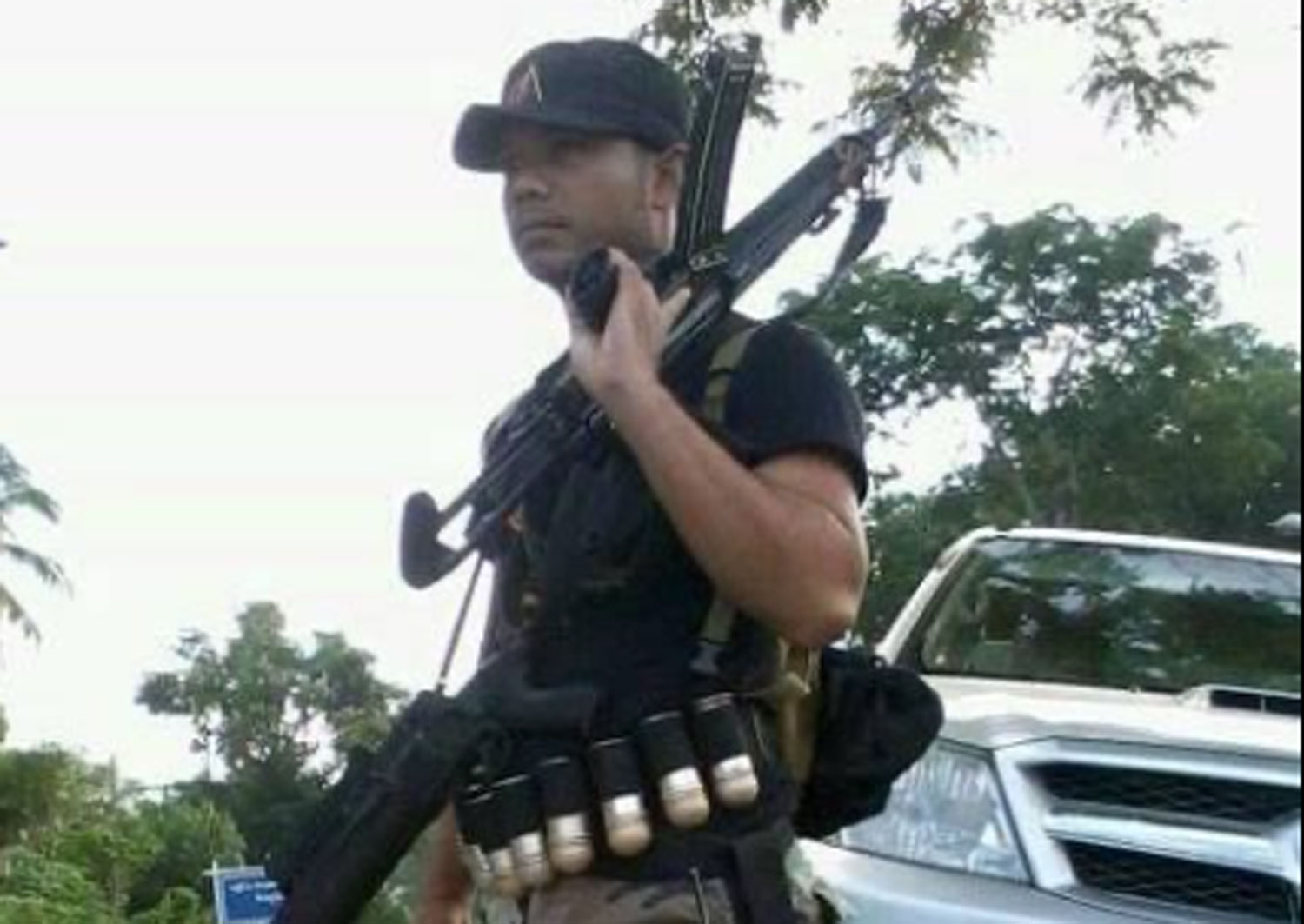 Pheeraphat Onchart, 37, an army ranger stationed in Yala’s Yaha district, was on the run on Friday after his wife and mother-in-law were shot dead and her sister wounded at their home in Songkhla province on Thursday night. (Photo supplied/ Assawin Pakkawan)

Transform your business with innovations, easier said than done.