Officers question two women from Myanmar who had become separated from a larger group of border-crossers and then got lost in a forested area in Muang district of Kanchanaburi. (Photo: Piyarat Chongcharoen)

KANCHANABURI: Authorities on Saturday arrested 11 Myanmar nationals for illegal entry, including two women who had spent two nights lost in a forest after getting separated from a larger group that was caught on Thursday.

A team of soldiers, police and volunteers inspecting the border area in tambon Ban Kao in Muang district found the two exhausted women hiding in a forested area near the Ammara border pass.

They told authorities that they had crossed the border on foot with 14 Myanmar nationals who were arrested on Thursday. They had got lost in the forest on that day.

The detainees said they were destined for jobs in Hat Yai district of Songkhla, as promised by an agent in Myanmar. On arriving at their destination, they were to pay 26,000 baht per head in fees to the agent.

Officials gave the women meals and drinking water before taking them for health checks; their body temperature was normal. They were held in police custody pending deportation.

On Thursday, a joint patrol of soldiers from the Lat Ya Task Force and local police arrested 14 illegal Myanmar migrants, seven of them men, who were found hiding in a forested area near Taboon mountain in Ban Prutudan village in Muang district. None of them carried travel documents.

In a separate roundup, nine other illegal migrants from Myanmar were caught along the border near Huai Nam Khao village in Muang district on Saturday.

The five men and four women were discovered by a patrol of soldiers from the Lat Ya task force near a natural border crossing in the area.

The detainees told authorities that they had travelled from Dawei, Rakhine and Mawlamyine in Myanmar and had stayed overnight at a border village opposite the Phu Nam Ron official checkpoint. It took them four nights to cross the border into Thailand.

They said they had paid 18,000 baht each to a job agent, who told them to wait near the natural border crossing at Huai Nam Khao where a vehicle would be sent to pick them up. They said jobs had been arranged for them in Rangsit district of Pathum Thani, Bang Yai in Nonthaburi, Wang Noi in Ayutthaya and Mahachai district of Samut Sakhon.

The soldiers took them to undergo Covid testing before handing them over to police at the Muang district station. 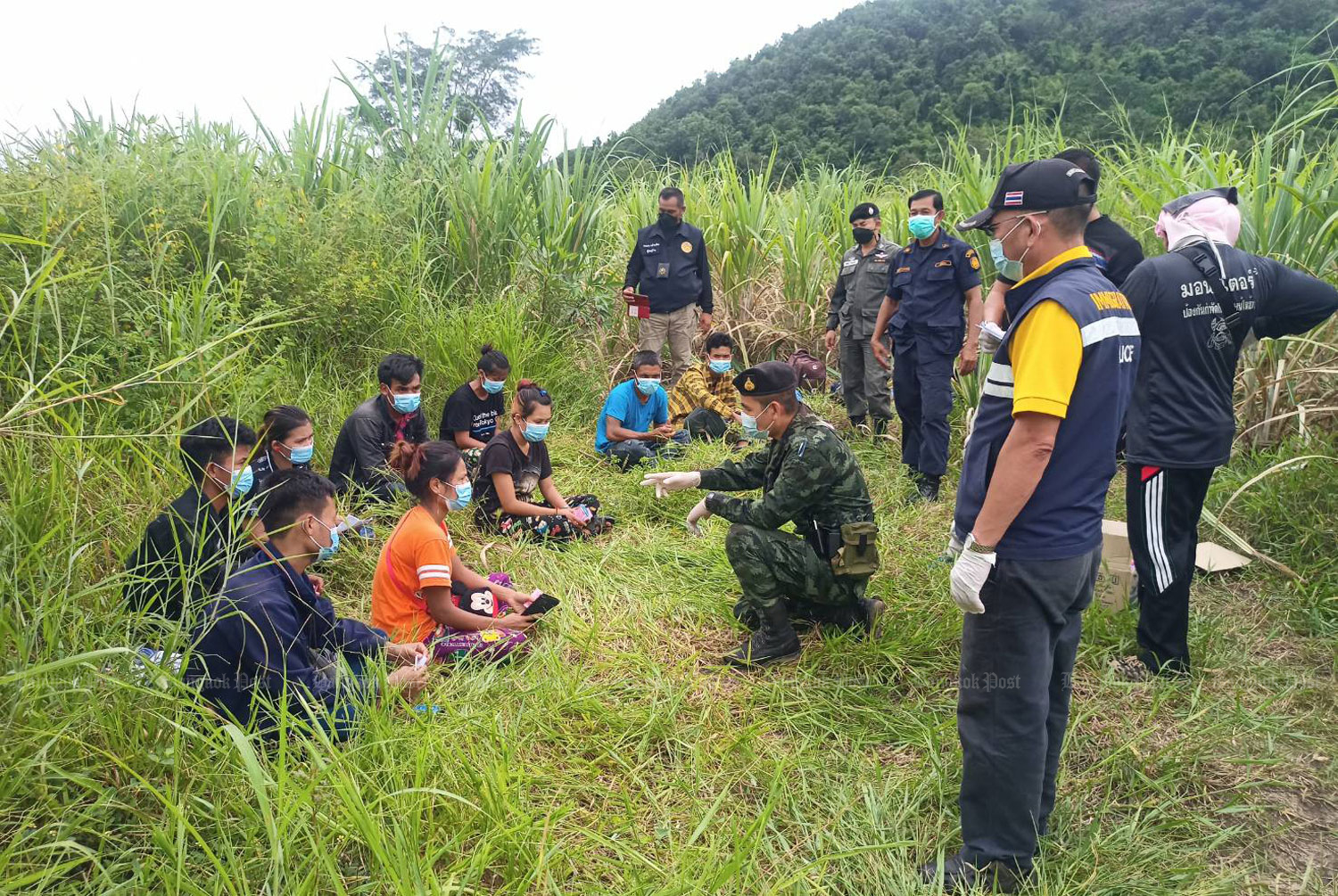