Sgt Maj Pheeraphat Onchart, 37, seated with a document hiding his face, after his surrender to police at Saba Yoi police station in Songkhla. He is charged with the murder of his wife and her mother last Thursday, and other offences. (Photo: Assawin Pakkawan)

SONGKHLA: A fugitive army ranger has surrendered to face charges of shooting dead his wife and mother-in-law at their home in Saba Yoi district on Thursday night.

Sgt Maj Pheeraphat Onchart, 37, a ranger stationed in Yala’s Yaha district, turned himself in to his commander at the 47th  Ranger Regiment on Monday.

Sgt Maj Pheeraphat allegedly shot dead his wife Chuthamas Sribang, 38, a kindergaten teacher, and her mother Riam Sribang, 58, at their house on Thursday night. His wife's younger sister was shot in the arm.

He fled in a Toyota car with Songkhla licence plates that was later found overturned off the side of the road in front of Wat Bayoi in Sabayoi district. He allegedly used an M16 rifle in stealing a local resident's motorcycle and continuing his escape.

Police said the fatal shooting was motivated by jealousy. He went to the house to see his wife and the couple had a heated quarrel.

After questioning, police would hand him over for trial in a military court, Pol Col Kongthap said.

The suspect refused to be taken for a crime re-enactment. 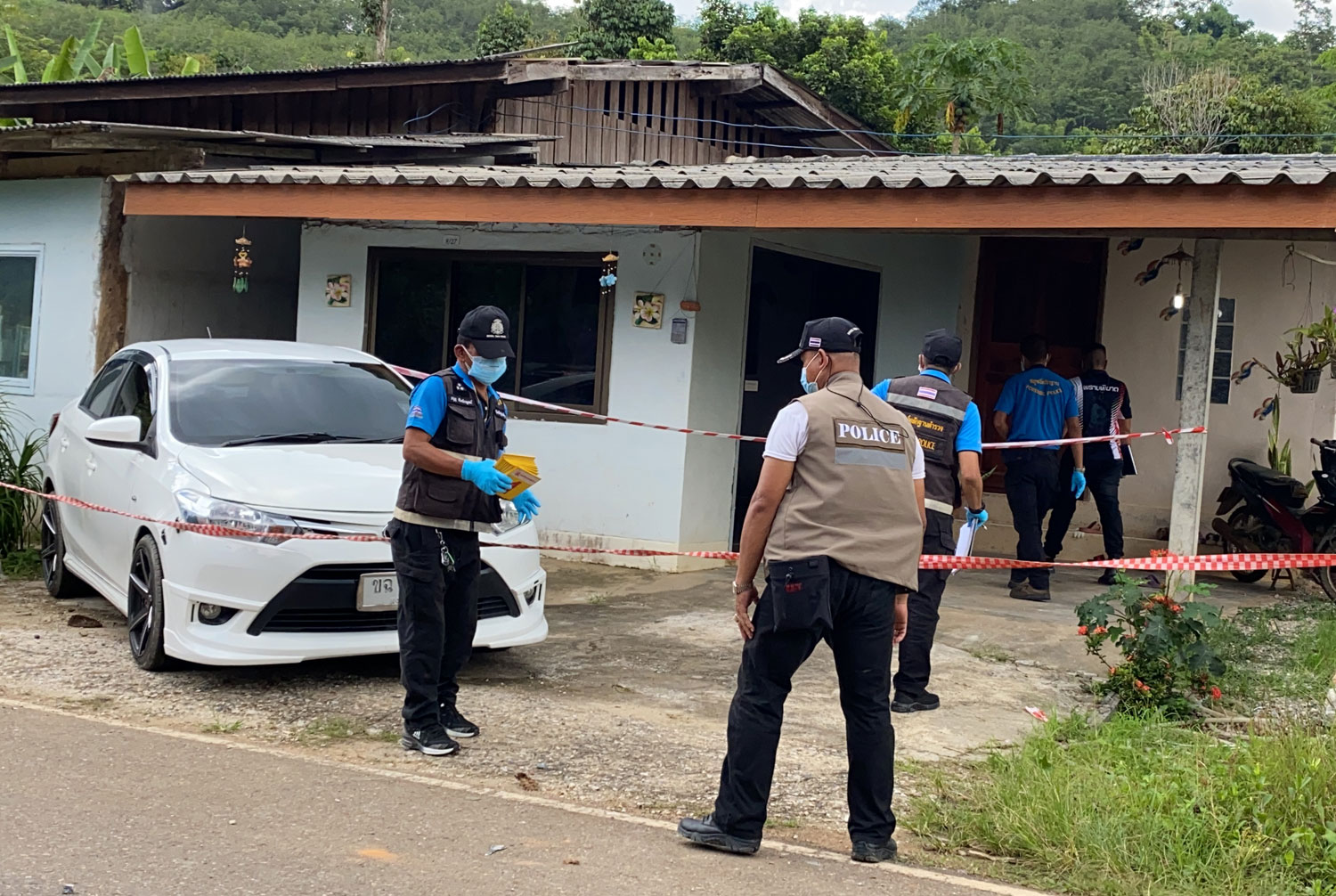