A motorcyclist with a sidecart moves cautiously along a flooded road in Ayutthaya province on Thursday. (Photo: Sunthorn Pongpao)

Flooding has affected more than 200,000 households in 31 provinces over the past week and persists in 18 provinces to the north of Bangkok.

From Sept 23 to Sept 30, flooding triggered by days of heavy rain brought by tropical storm Dianmu ravaged 31 provinces in the North, Northeast and Central Plains.

A total of 6,335 villages in 190 districts were left awash by floods that affected 227,470 households, the Department of Disaster Prevention and Mitigation reported on Thursday.

Seven people had died in the floods, six in Lop Buri and one in Phetchabun, and an eighth person was reported still missing in Phetchabun on Thursday.

As of Thursday, floodwater had receded in 13 province, but 18 remained inundated.

Areas in the 18 provinces with persistent flooding:

In Phitsanulok, the Yom River bursted its banks, sending a huge amount of water through riverside communities in Bang Rakham district.

An elderly woman was seen taking refuge in a roadside shrine that remained high and dry.

Bang-orn Jakkrang, 62, a resident at Wang Kum village in Bang Rakam district, moved her belongings to the Chao Mae Maliwan shrine after her one-storey house was inundated.

She sought shelter at the shrine during the day and stayed overnight at her mother's two-storey house, which was also flooded. 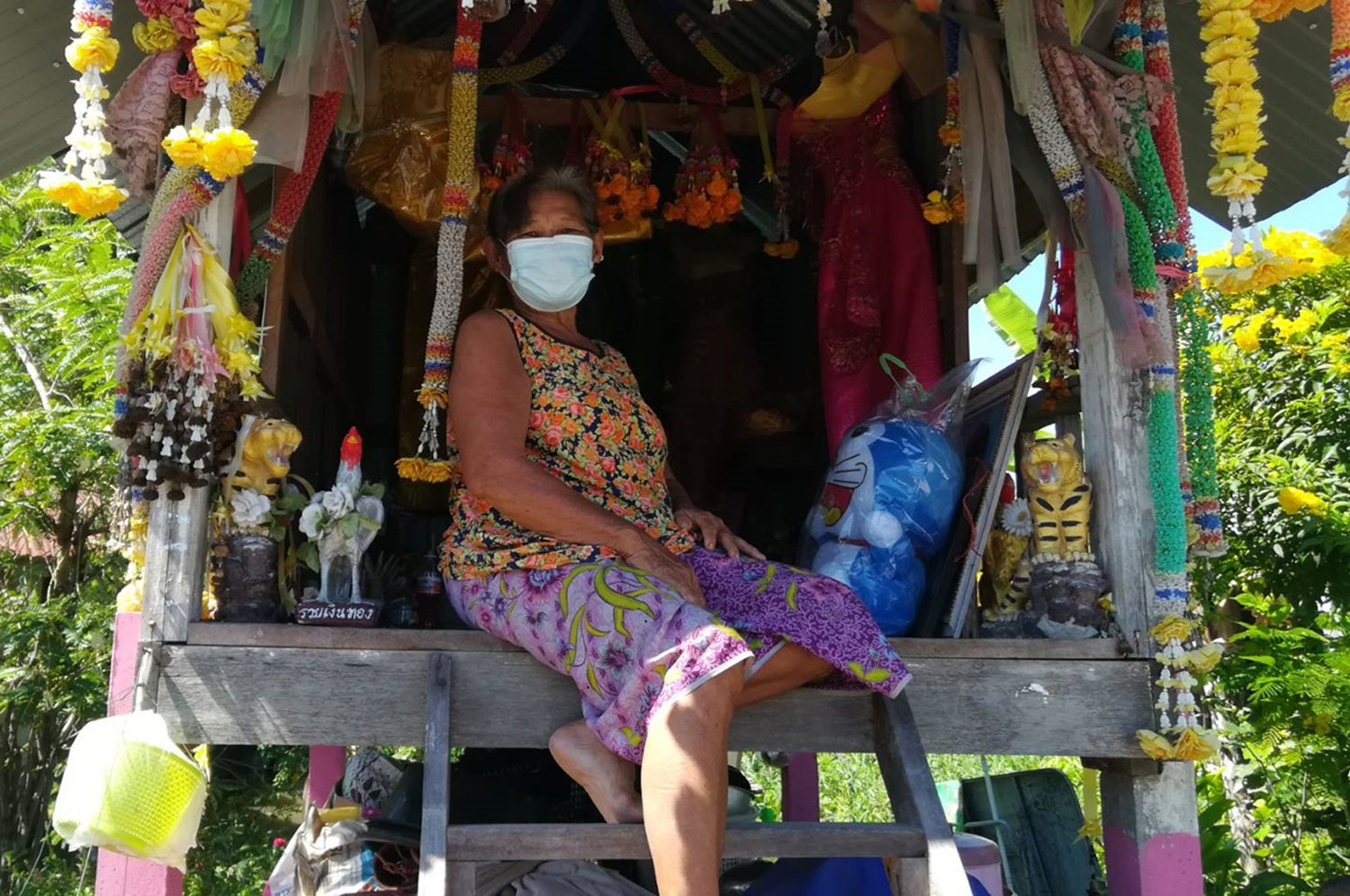 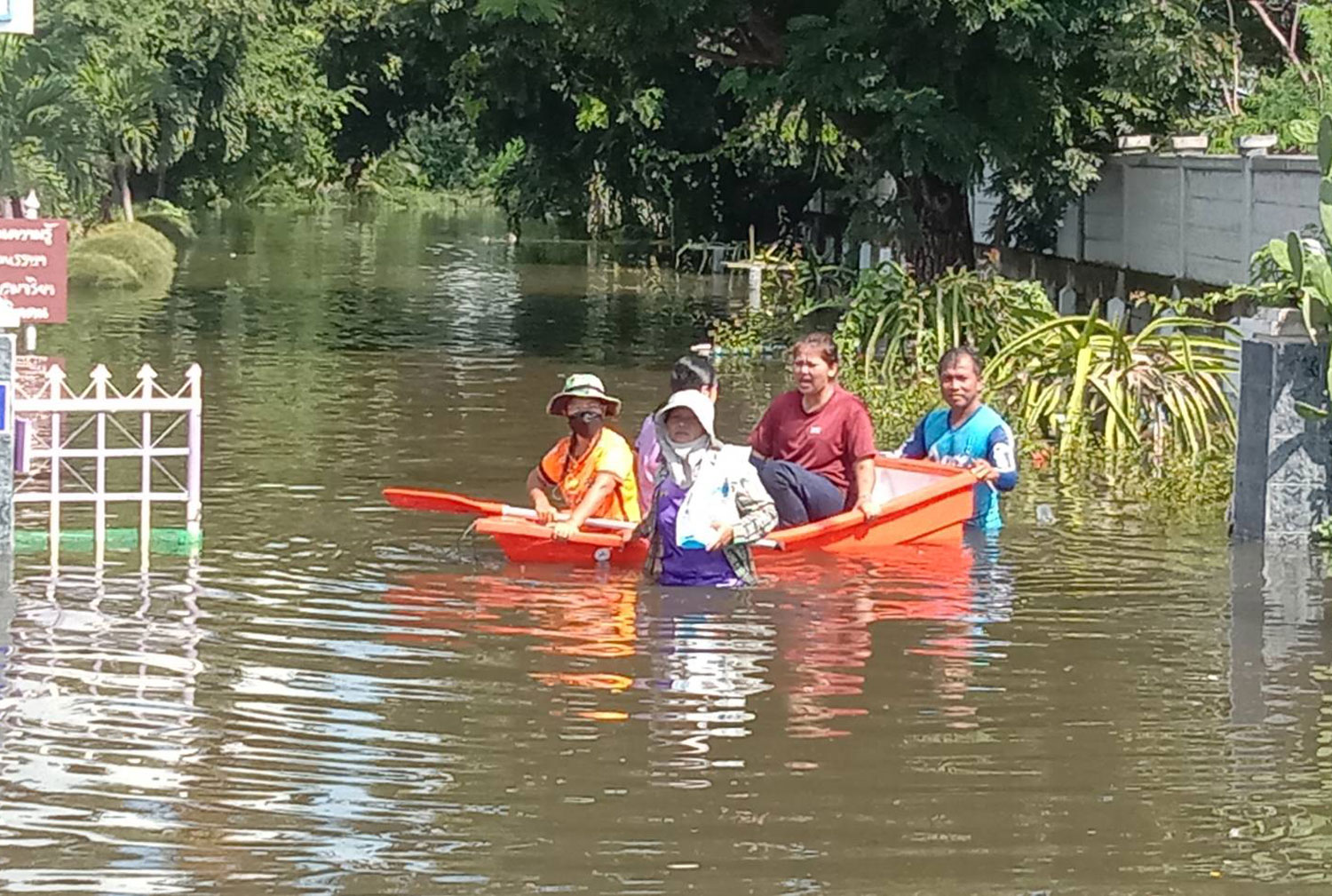 Residents use a small boat to get around their community after the Lam Chiang Krai River burst its banks, flooding tambon Lum Khao in Non Sung district, Nakhon Ratchasima, on Thursday. (Photo: Prasit Tangprasert)