A lying Buddha statue is seen during the flood at a temple in Ayutthaya on Wednesday. (Reuters photos)

AYUTTHAYA: Several temples in the historic city of Ayutthaya were underwater on Wednesday, as heavy monsoon rains flooded provinces across the country.

More than 40 temples in Ayutthaya, home to ancient Buddhist temples, ruins, and monuments, have been affected by the floods, the city administration said.

At one of the temples, Wat Satue, monks paddled small boats through water that ranged from thigh deep to neck level.

"This is the worst flood in 10 years," its abbot Phra Kru Pariyat Yathikhun told Reuters by phone, adding that surrounding communities were also flooded.

Authorities have issued flood warnings across much of the country over the past two weeks as Tropical Storm Dianmu caused flash floods in 32 of Thailand's 76 provinces, killing nine people and affecting nearly 300,000 households.

Sixteen provinces were still flooded on Wednesday, including Ayutthaya, and authorities warned of another potential tropical storm that is forecast to reach the northeast of the country next week.

In 2011, the kingdom suffered the worst floods in five decades, affecting 65 of the 76 provinces and killing hundreds. 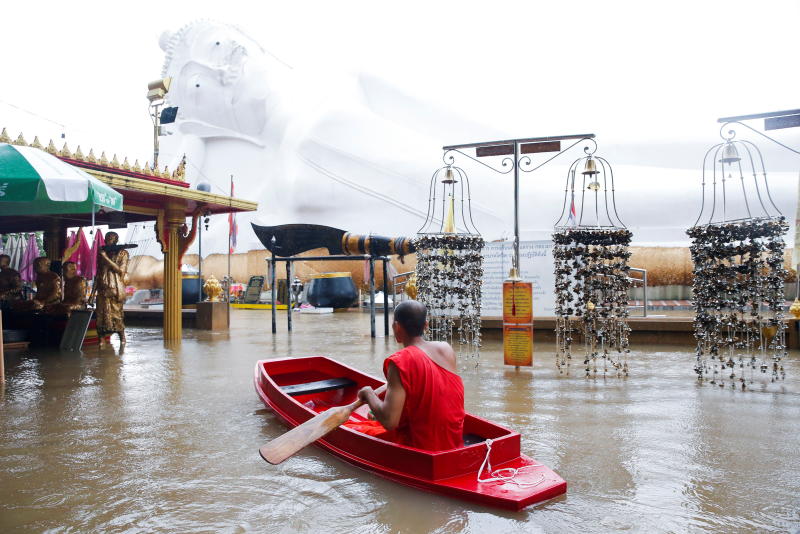 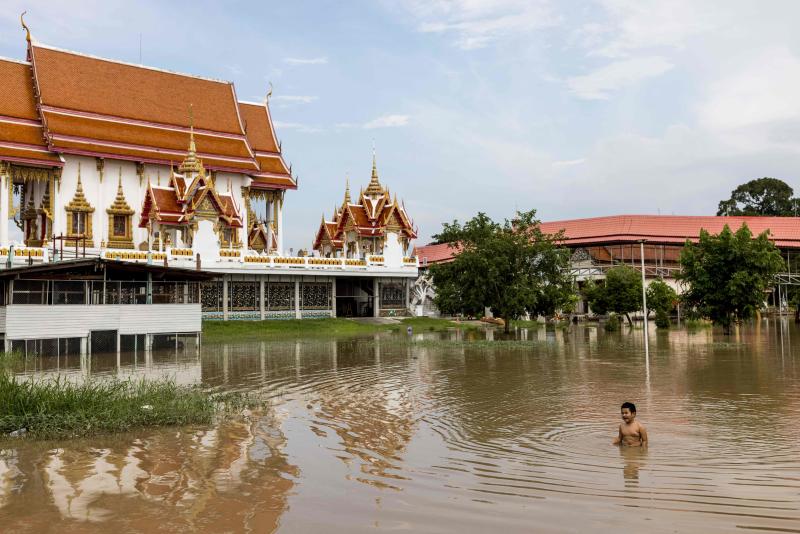 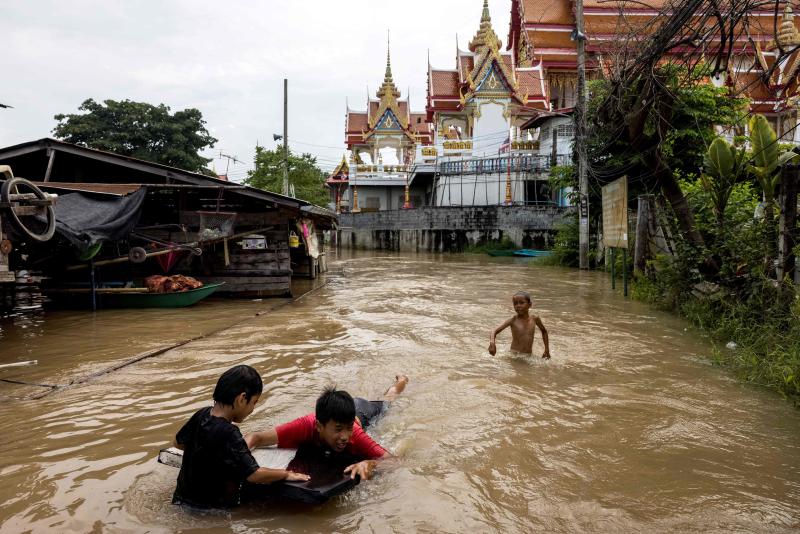