There were 10,767 cases in the general population and 50 among prison inmates.

Yala registered 776 new transmissions, Songkhla 563, Pattani 514 and Narathiwat 479, according to the CCSA, adding the figures were higher than those reported on Saturday.

The country logged one of the highest numbers of imported cases from one country in recent weeks -- 54 Thai workers returning from Sweden.

They arrived in Thailand on Wednesday and their tests on the same day were positive although all the workers were asymptomatic.  All were treated at a private hospital in Pathum Thani.

Other imported cases were six from Cambodia, two from the United States and one from South Korea.

Bangkok registered 11 out of 84 fatalities, followed by six in Samut Prakan and five each in Narathiwat and Saraburi.

On Saturday, 9,981 Covid-19 patients were discharged from hospitals after recovering from the coronavirus.

The death toll stood at 17,597 during the third wave and 17,691 since the beginning of the pandemic. 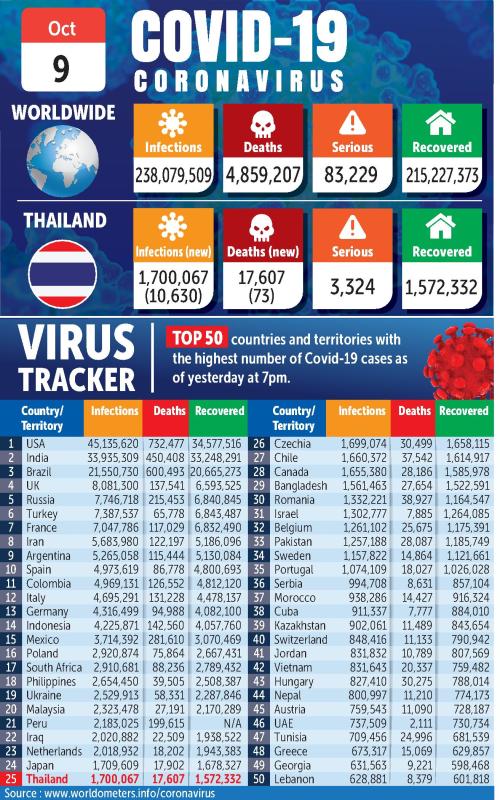