The MPB spokesman said the two youths, whom he did not identify, were caught soon after by Thong Lor police, at 11.45pm.

The two said they had intended to join an anti-government demonstration at Din Daeng intersection, but when they arrived there on two motorcycles they found there was no rally.

So they hurled two small bombs at the traffic kiosk and fled, only to be caught shortly afterward.

Earlier on Monday night, police acting on a tipoff searched a spot in Soi Saeng Uthaithip near Opas Mansion in Din Daeng area. They found 15  improvised explosives and 13 ping-pong bombs.

There was a rally in Din Daeng by the Resistant Citizen group on Monday night, but that ended without incident, he said.

Police were prepared for the rallies, he said. 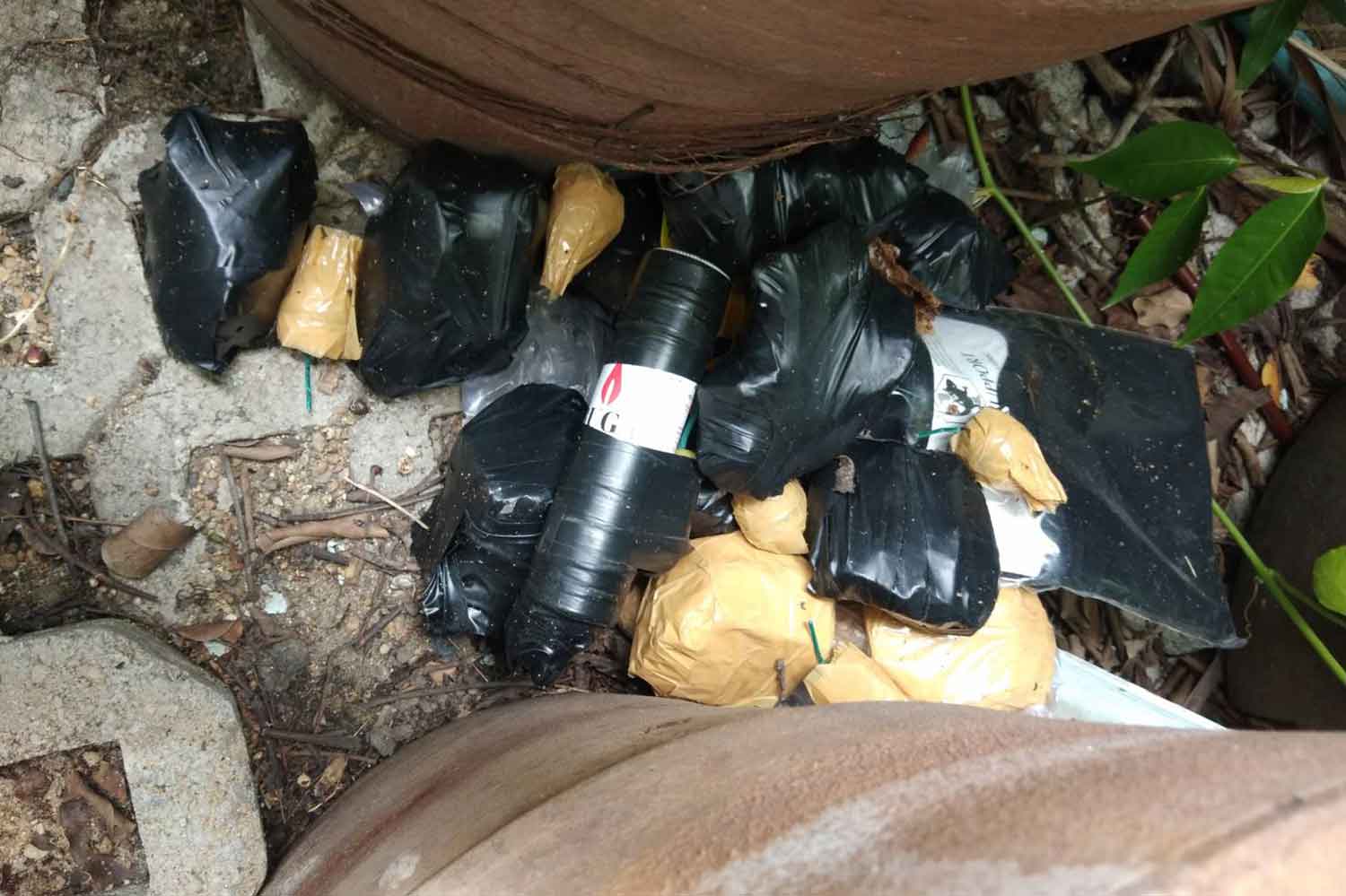