A 20-year-old woman was arrested in Phetchabun province after large amounts of methamphetamine, heroin and other drugs were seized from an abandoned box van in Lop Buri.

Metropolitan Police Bureau commissioner Samrarn Nuanma and senior polcie on Tuesday announced the arrest of Angkhawipha Karnbanjong on a charge of having drugs in possession with intent to sell.

The seized drugs were worth about 157 million baht on the black market, Pol Lt Gen Samrarn said.

Pol Col Piyarat Suparat, chief of the Patrol and Special Operations Division’s patrol unit, said officers from his division, known as 191 Police, and MPB investigators had earlier arrested members of a major drug gang operating in the Central Plains area.

Investigators learned that other gang members planned to smuggle drugs from a neighbouring country into the northeastern province of Mukdahan for delivery to an agent in the Central region.

The gang used two vehicles, a modified pickup, or box van, and an ordinary pickup truck for their smuggling operation.

The two vehicles left Phetchabun to pick up the drugs in Mukdahan on Oct 9. The box van  was carrying the drugs from Mukdahan and the pickup truck was travelling ahead to give warning.

By the time they arrived at Dan Khun Thot district in Nakhon Ratchasima, the drivers of the two vehicles had become aware that police were following them.

The smugglers sped off in the pickup, abandoning the box van on a road in tambon Niyomchai of Sa Bot district in Lop Buri province.

Officers opened the vehicle and confirmed it held large quantities of drugs.

Another police team gave chase to the pickup truck, following it to a sugarcane plantation in Wichian Buri district of Phetchabun province. They arrested Ms Angkhawipha near the plantation.

The 20-year-old woman said she ran a car care shop and allegedly admitted she was paid  20,000 baht to sit in the pick up truck and keep a watch out for police along the smuggling route. She had done this twice.

Pol Col Piyarat said at least five people were involved in the drug smuggling operation. One was Ms Angkhawipha's husband, who was still at large.

Police were hunting down the other suspects, he said. 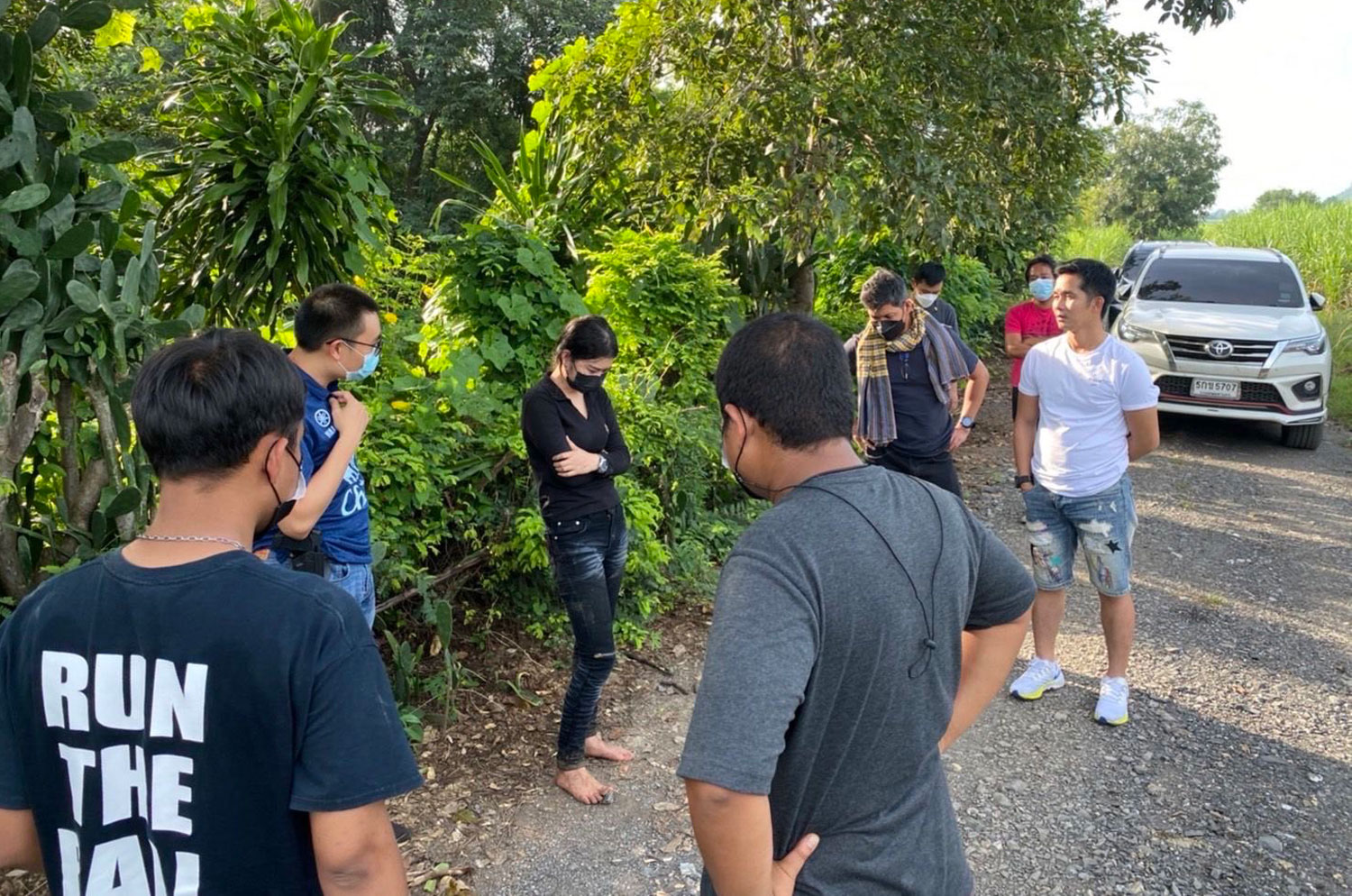 The woman suspect is caught by plainclothes police on a road near a sugarcane plantation in Phetchabun province's Wichian Buri district. A large quantity of drugs was found in a box van earlier abandoned in Lop Buri. (Photo supplied: Wassayos Ngamkham)