Twelve northeastern train services have been suspended after the tracks between Bamnet Narong and Chatturat stations in Chaiyaphum and Kud Chik and Khok Kruad stations in Nakhon Ratchasima were flooded.

The suspended round-trip trains on the northeastern line are: 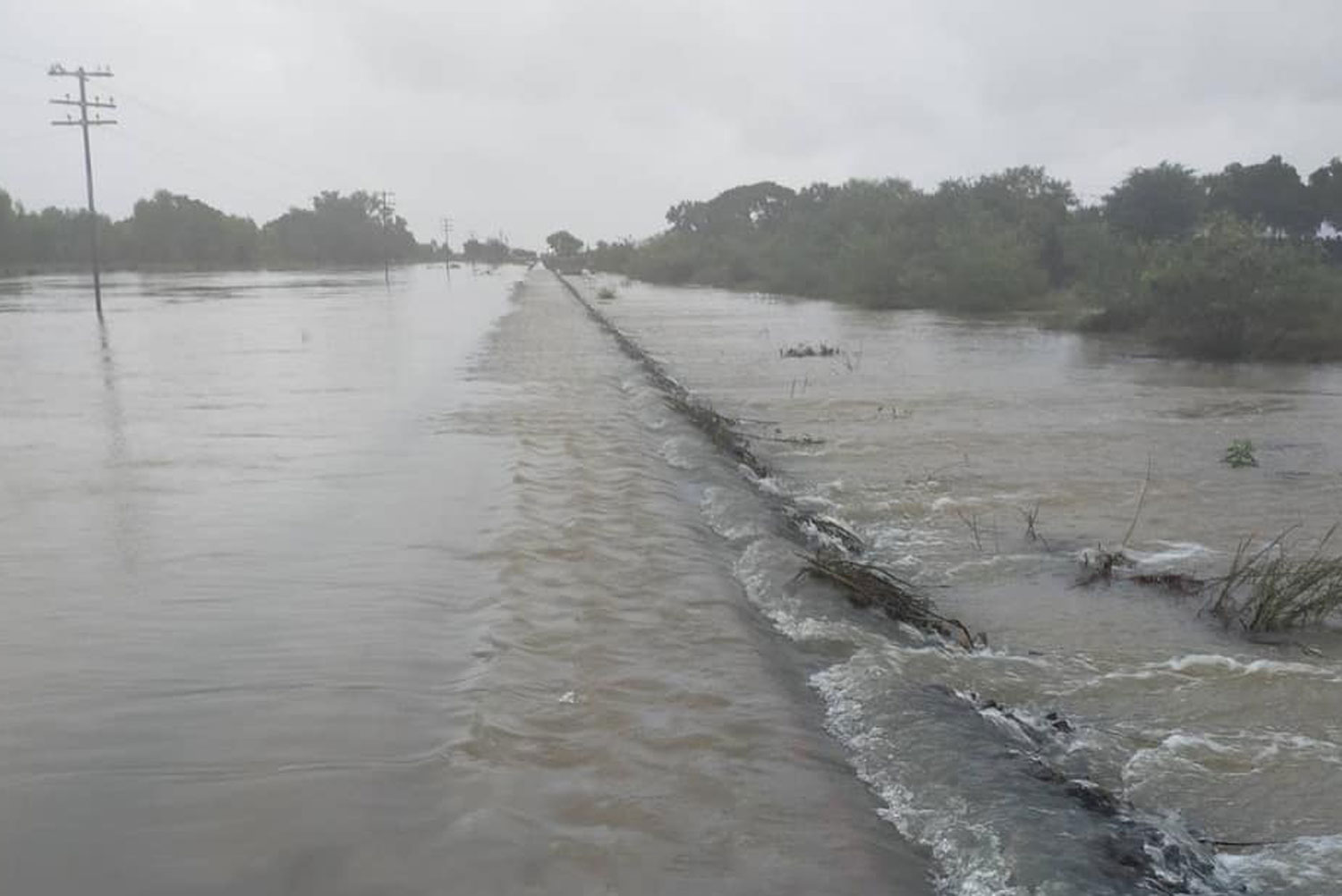 Flood water pours over the tracks on the northeastern line. (Photo:@pr.railway Facebook page)

Railway officials reported the line between kilometre markers 296/7 and 297/1 (Bamnet Narong and Chatturat stations) was moderately damaged, with floodwater on tracks still rising and expected to spread, SRT public relations posted on its Facebook page on Monday.

The rail track between kilometre markers 244/1 and 245/1(Kud Chik and Khok Kruad stations ) was badly damaged, the gravel base swept away by the strong current and the  floodwater still rising.

The SRT placed the Public Works Office on full alert with orders to monitor the flooding around the clock.

Passengers who have booked in advance can contact any railway station for a refund, or contact SRT’s customer services centre via Hotline 1690,  the SRT said.

On Monday, Veerachai Sarnram, the stationmaster at Kud Chik in Sung Noen district of Nakhon Ratchasima, said about 800 metres of the track between Kud Chik  and Khok Kruad station in Muang district was cut by strongly flowing floodwater around 7.20am on Monday.

Trains could not pass this section and he had advised the SRT to suspend services on the northeastern line, he said.

Six air-conditioned buses were provided for passengers travelling from Ubon Ratchathani and Nong Khai to continue to Bangkok on Monday after the trains were stopped at Kud Chik station, he said. 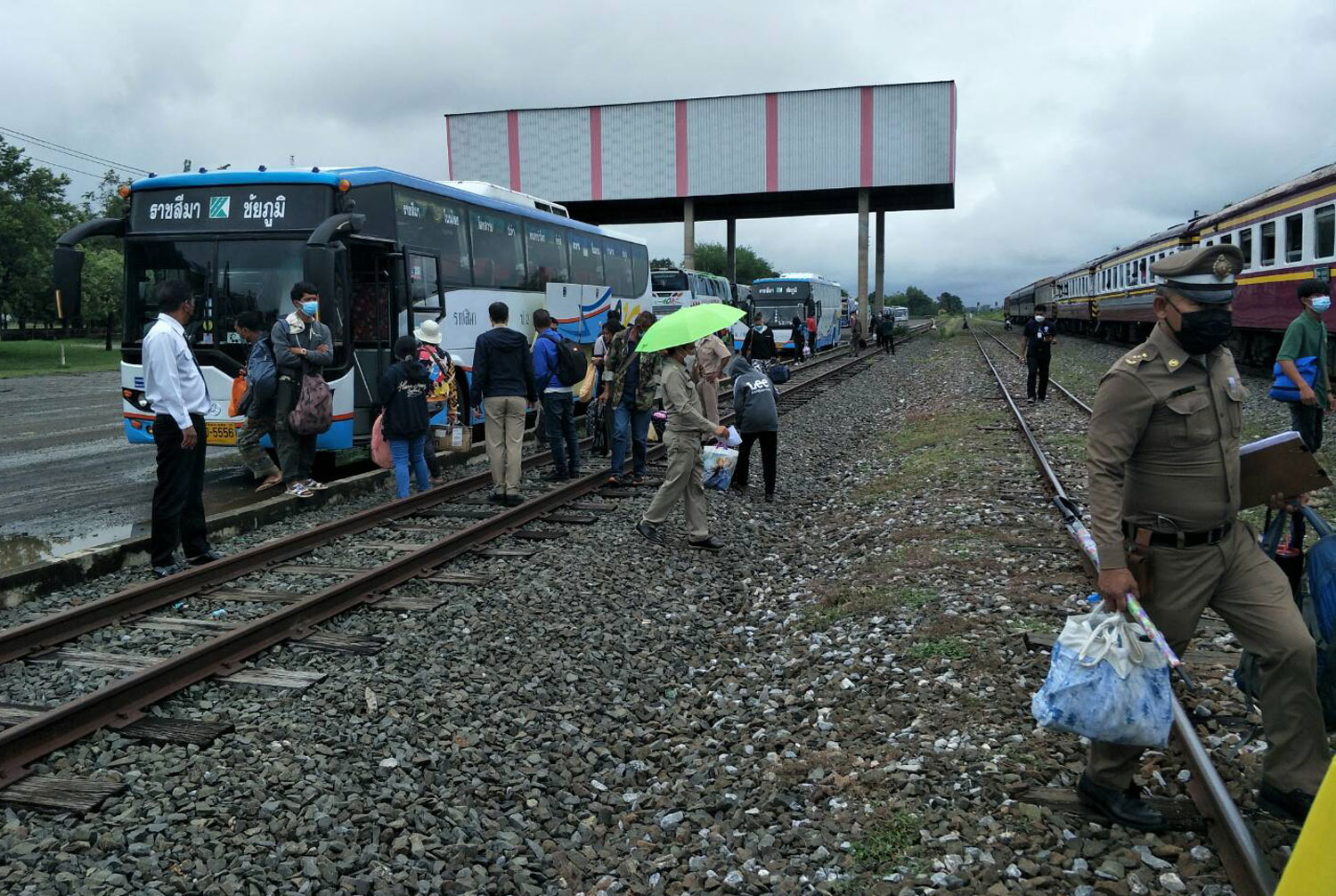 Passengers to Bangkok are transferred to air-conditioned buses after their train is halted at  Kud Chik station on Monday. (Photo: Prasit Tangprasert)

The State Railway of Thailand temporarily suspends 12 trains on the northeastern line after tracks are flooded.(photos:@pr.railway Facebook page).