Road to the largest hospital in the province remains impassable

Many areas in Muang district were flooded after days of heavy rain.

Soldiers from Wing 1 and two military lorries were sent to help evacuate 212 affected residents in the two communities on Thursday. As of Thursday morning, 45 households were evacuated.

Floodwater at Maharat Nakhon Ratchasima, the largest hospital in this northeastern province, receded by 20cm on Thursday. However, the road to the hospital was impassable for small vehicles.

The hospital was flooded early Wednesday morning after the Lam Takhong canal overflowed.

The provincial irrigation office installed more pumps to accelerate drainage from the Lam Takhong canal to 1,000 cubic metres per hour.

Although floodwater receded, some road sections remained unusable, particularly in front of Maharat Makhon Ratchasima Hospital, where the water level was 70cm high. 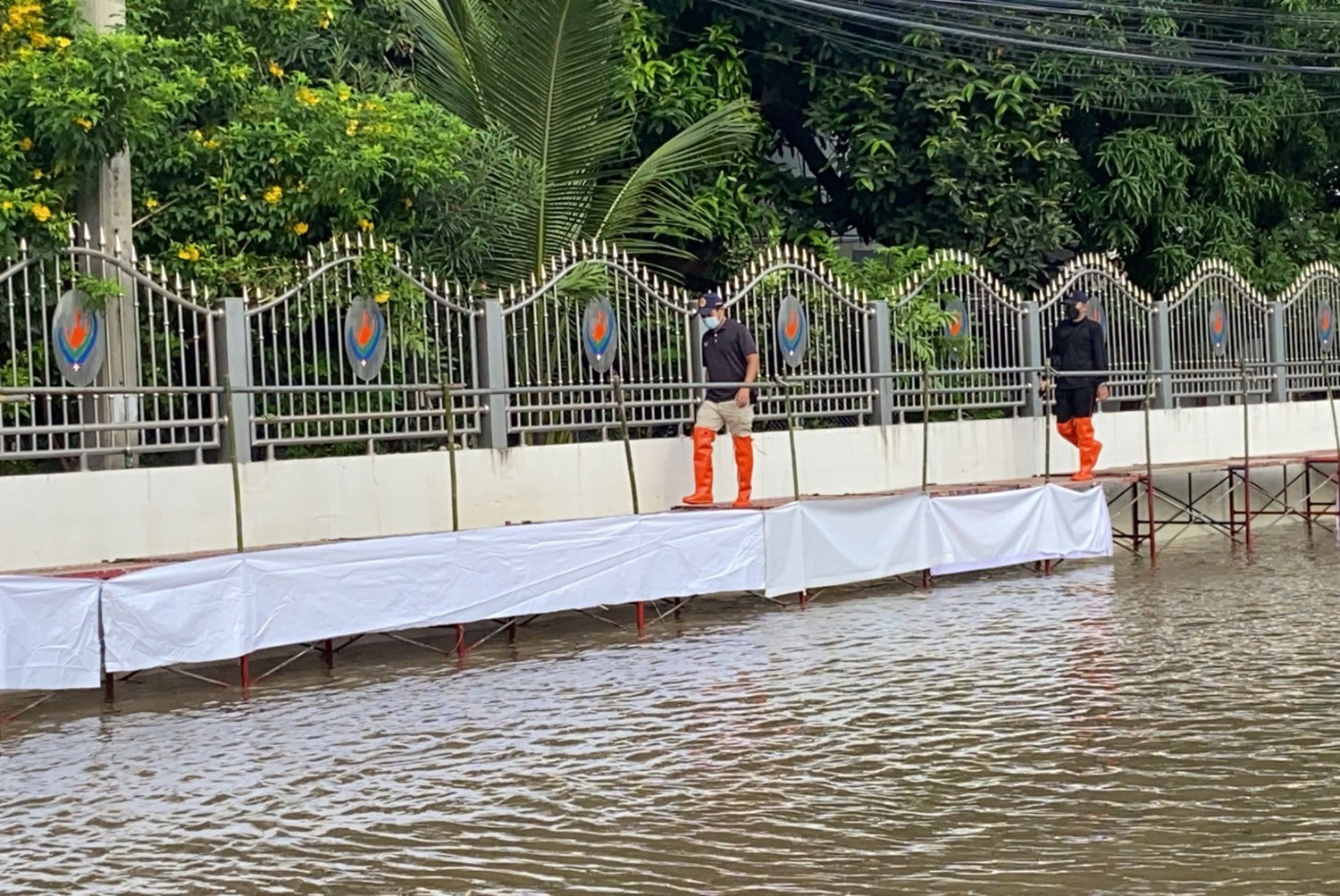 Th provincial administration organisation has accelerated its work to build temporary elevated walkways from all gates to hospital buildings.

Soldiers from the Army Circle 21 and rescue workers were sent to help hospital staff and patients.