Former monk Phra Yantra Ammaro Bhikkhu is courting more controversy after he returned from the United States to his hometown in Nakhon Si Thammarat's Pak Phanang district to celebrate his 70th birthday.

Sporting long grey hair and a beard, Winai La-ongsuwan, who as a monk attracted a large following in the 1980s, returned home to Ban Bang Bo.

He was welcomed by several of his former disciples.

A video clip posted on social media showed some monks and nuns prostrating themselves to pay respect to the former monk, who was expelled from the monkhood for alleged sexual misconduct and fled to the United States, where he continued to perform his duties. This prompted critics to call on state agencies to look into whether the actions of those monks who paid respect to Mr Winai were appropriate.

Speaking over the phone during a television show, Mr Winai brushed the criticism against him aside, saying he was still a monk. "It is normal that one will be both loved and hated," he said.

He said he returned to Nakhon Si Thammarat to visit his relatives and disciples. "They were glad that I returned and they paid me respect,'' he said. Mr Winai said he will fly back to the US on Oct 27.

Commenting on calls for the National Office of Buddhism to investigate those monks who paid respect to him, Mr Winai said he did not call on anyone to show him such deference. 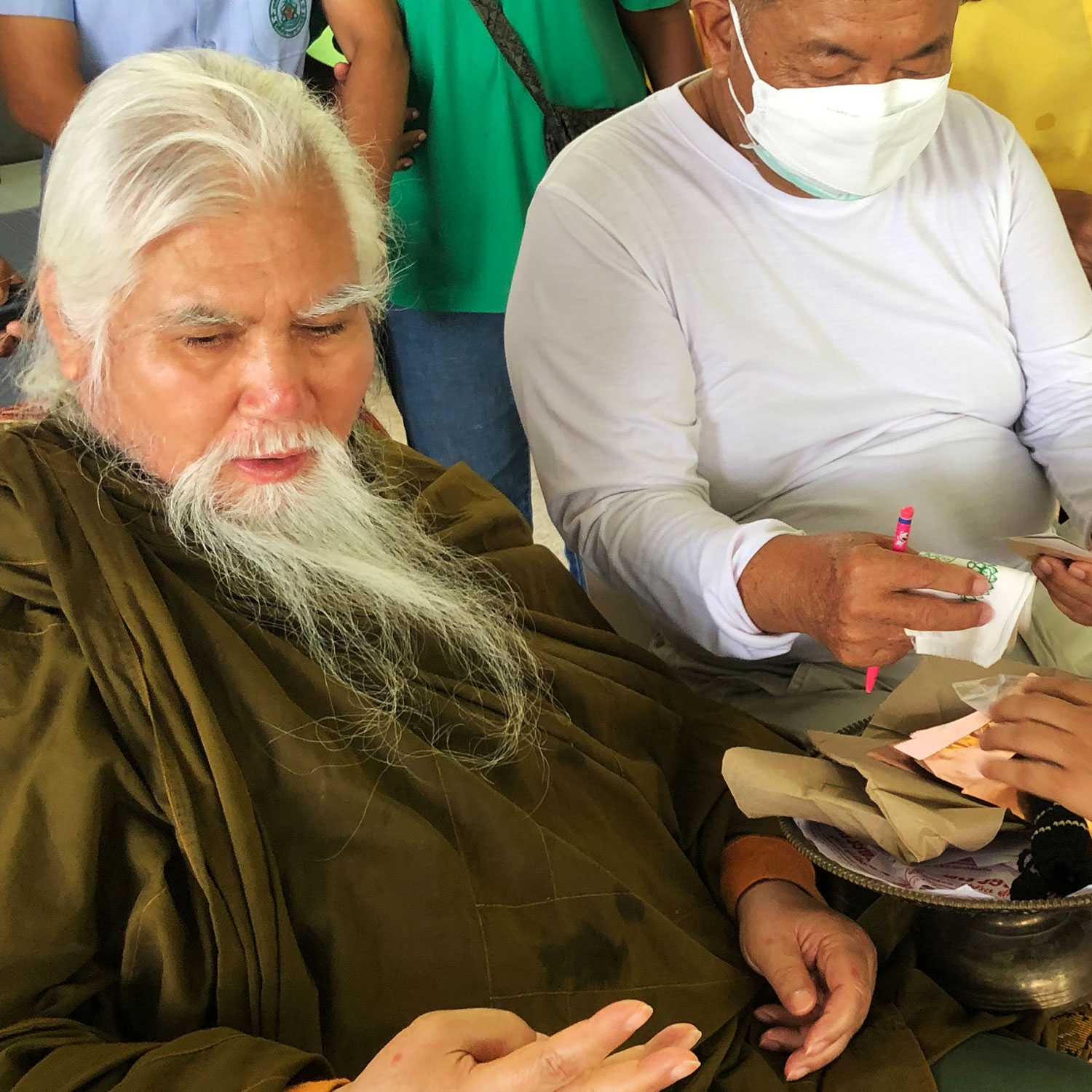 Phra Yantra: Back from US

Moreover, he said, they did not violate any monastic code of conduct in doing so. He was reported to have visited his hometown from Oct 16 until Tuesday.

The video showed Mr Winai, clad in green rather than his customary saffron robes, attended by followers laying black clothes, shoulder bags and wallets on the surface of the road for him to step on as he walked past.

Mr Winai, better known as Phra Yantra, has often returned to Thailand in October to celebrate his birthday since the statute of limitations on a lawsuit for his alleged defamation of the previous Supreme Patriarch expired in 2014. But he has not been home for two years since the Covid-19 pandemic struck.

Mr Winai entered the monkhood in 1974 at Wat Rattanaram in Pak Phanang. A charismatic figure, he attracted a large following.

In 1994, he faced a series of accusations, including defaming the Supreme Patriarch, a criminal charge under the Sangha Act, and having sex with a woman, a violation of the monkhood's rules.

He had an affair with a follower and had a daughter by her. The Sangha Supreme Council then expelled him.