They were caught in Mae Suai district on Wednesday after five fertiliser sacks containing the drugs were found hidden in one of the two vehicles they were using.

The suspects confessed to having smuggled the drugs from the northern border area in Chiang Saen district to deliver to a drug agent in Nakhon Pathom province, Pol Lt Gen Piya said on Friday. 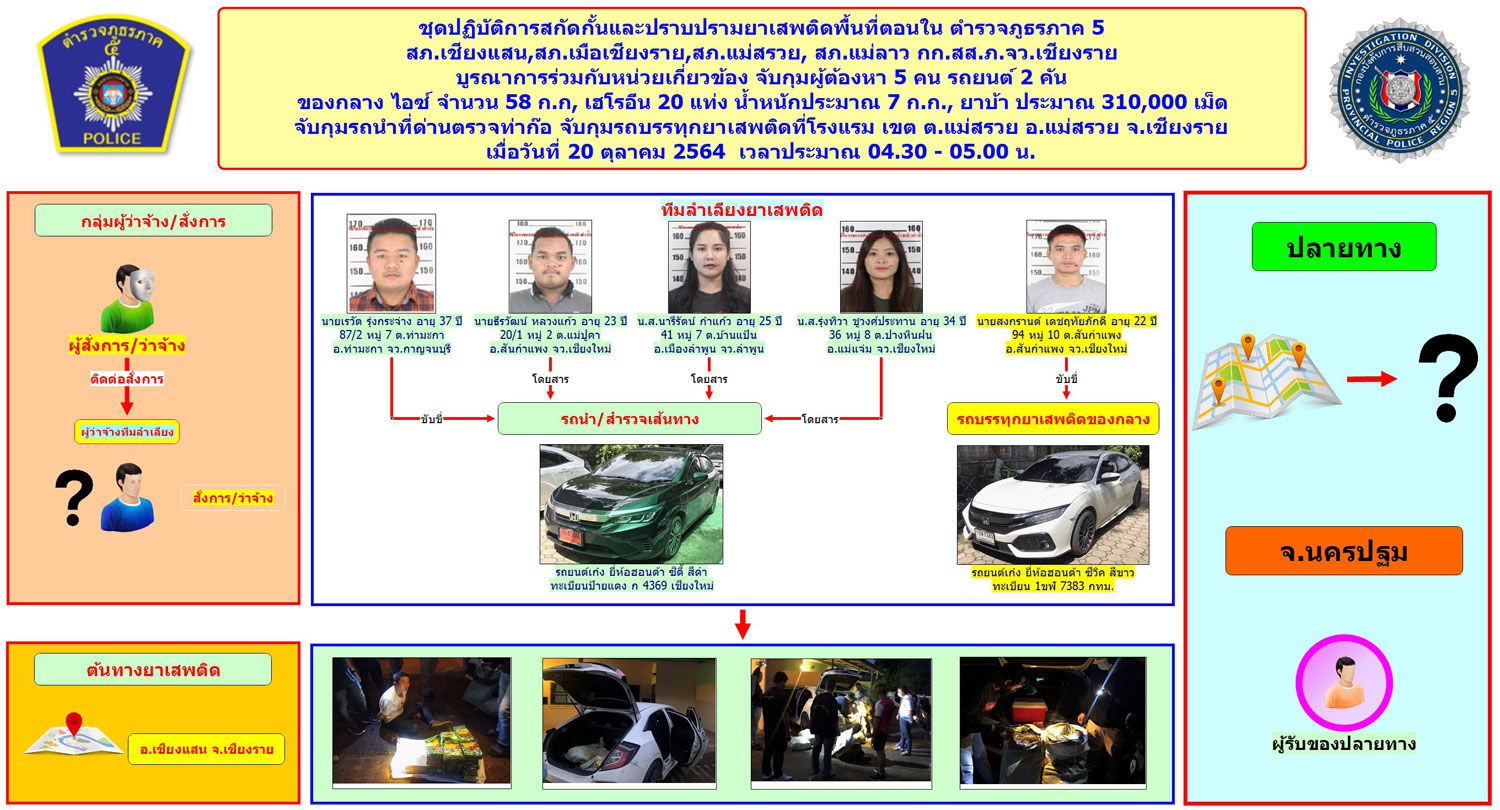 In the second case, four suspects were caught separately in Muang and Doi Luang districts of Chiang Rai on Wednesday and Thursday.

Two of them — Arthit Channim, 37, of Bangkok and Chayaphorn Ampornbut, 29, of Kanchanaburi — were caught in tambon San Sai of Muang district on Wednesday after police found 10 fertiliser sacks containing 9kg of crystal meth and 1.69 million speed pills in their car.

The suspects later implicated two other men, which led to the arrest of Banchong Ngaokaew and Theerawut Phutthawong at a house in Doi Luang on Thursday.

The four suspects were caught based on information given by the five suspects in the first case that there was another car used for smuggling drugs.

Pol Lt Gen Piya said police would extend the investigation and expected to arrest more people involved in the smuggling operation and confiscate their assets.