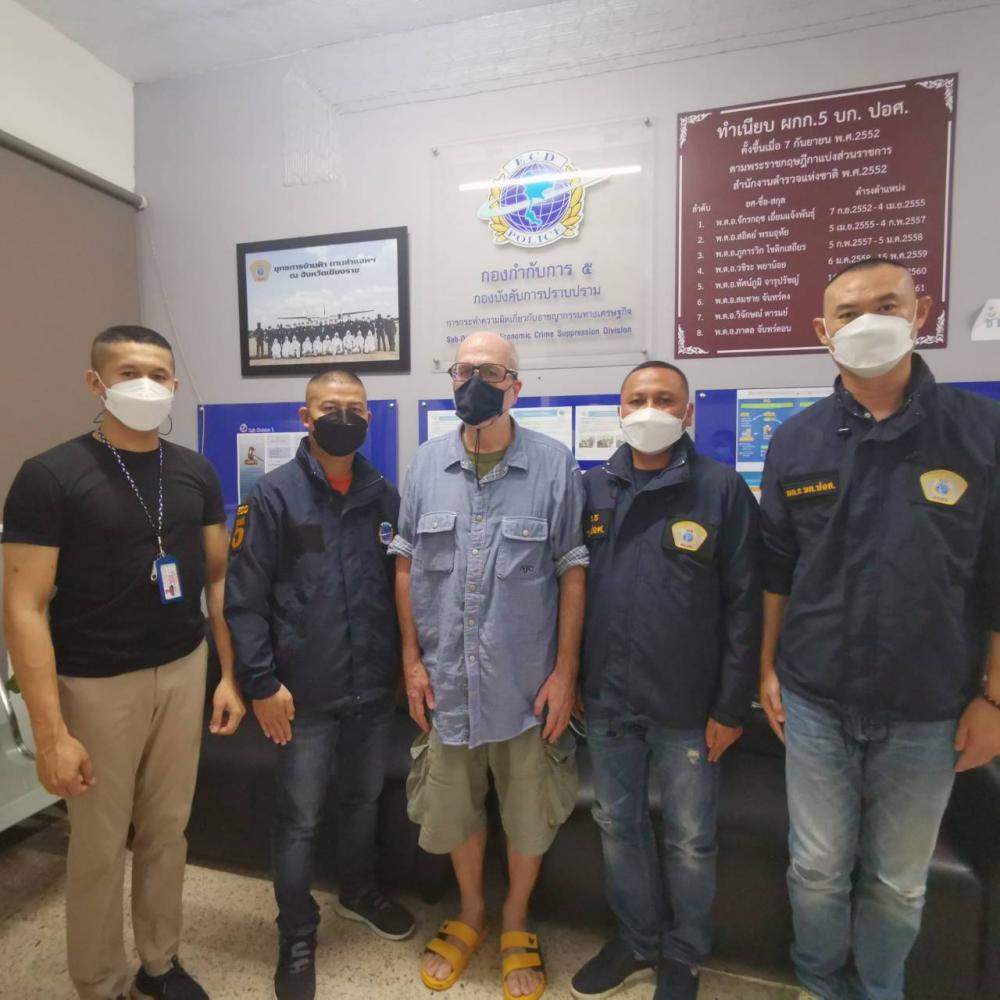 Thomas Michael Grimm was tracked down in the resort town on Thursday by the Economic Crime Division (ECD) police after almost 15 years on the run, according to the ECD.

He was one of three people accused of being involved in a scam targeting e-banking customers dating back to October 2006. The two others were Thai nationals identified only as Thanathip and Thanayarat.

The scam tricked customers into entering confidential information after which their accounts were accessed and money stolen.

According to ECD, the investigation started in February 2007 when a representative from Kasikornbank filed a complaint against Mr Thanathip and Ms Thanayarat accusing them of colluding to defraud people. The pair were later arrested and Mr Grimm was implicated during the investigation.

Police said he allegedly sent messages to the bank's e-banking customers directing them to a bogus website and to fill out personal information.

One person had hundreds of thousands of baht stolen, police said.

Police sought a warrant for Mr Grimm's arrest from the Thon Buri Criminal Court on Oct 18 and caught him at a hotel in Hua Hin. The statute of limitations on his case was due to expire yesterday. It was reported Mr Grimm had been arrested previously but fled while on bail.

Bangkok bus shooter turns out to be policeman