A 16-year-old college student died on Wednesday, one week after receiving her second dose of Pfizer Covid-19 vaccine in Lampang. Her parents have called for an inquiry into the cause of death.

Her parents, Thanapit Sukunmat, 48, and Angkana Jaroonroj Na Ayutthaya, told Thai media on Friday that their daughter had been given a first dose of the Pfizer vaccine on Oct 6, along with her friends at the college.

Ornjira had no side-effects after the vaccination.

On Oct 27 she was inoculated again, with the same vaccine.

She initially had no reaction, but later that day showed signs of a fever. She took paracetamol and slept.

On the second day, she suffered diarrhea and vomiting. She could not eat much and felt exhausted, her parents said.

On the third day, she vomited throughout the day and had abdominal pain. She was too weak to stand up and developed breathing problems. Her family called hotline 1669 and she was rushed to Lampang Hospital.

Mr Thanapit said they were informed his daughter’s condition was deteriorating. She had acidosis in her blood and abnormal heart rhythms. She was placed on a ventilator and admitted to the hospital’s intensive care unit. (continues below) 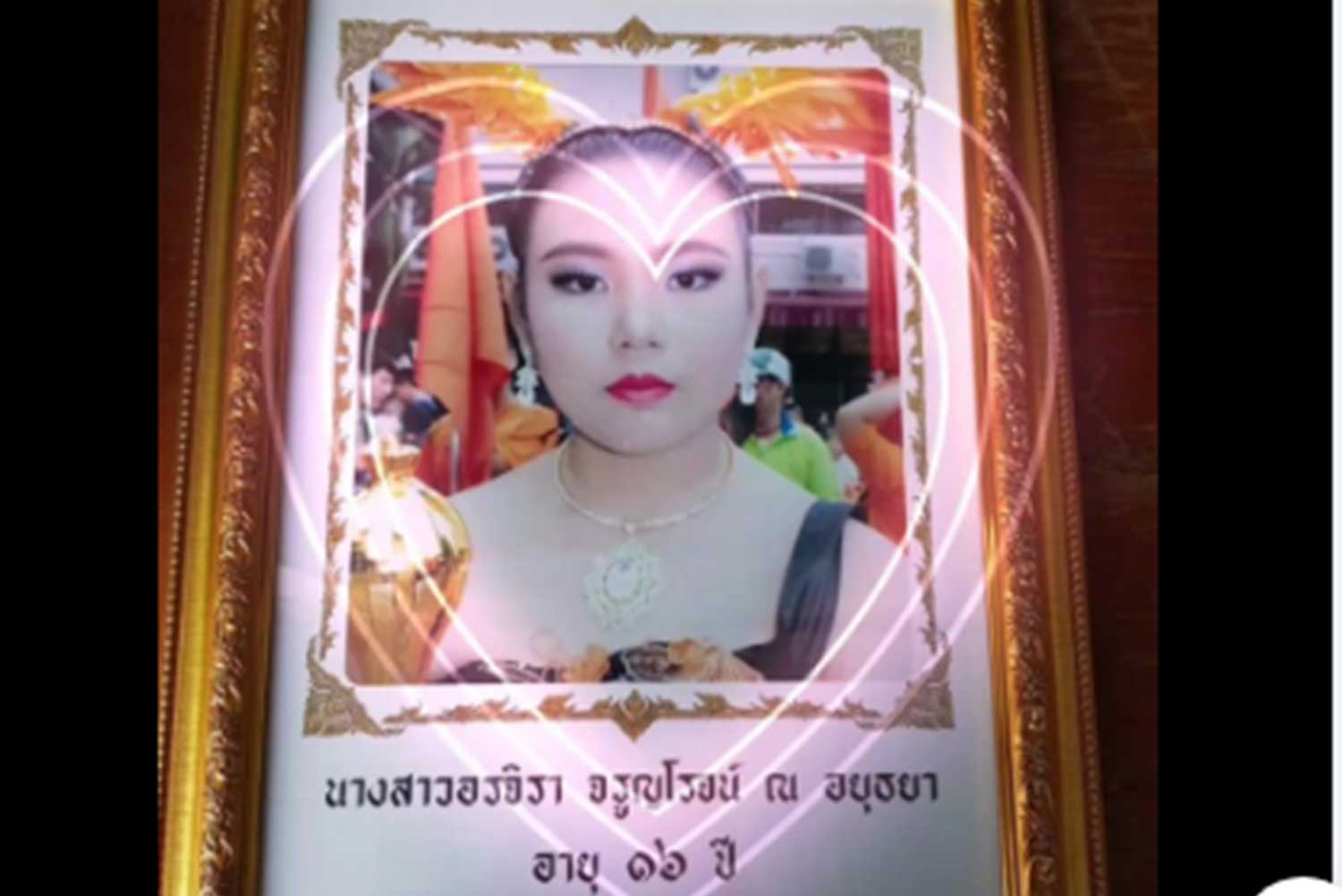 Ornjira Jaroonroj Na Ayutthaya, 16, a first-year student at Lampang Vocational College, dies on Nov 3.  Her father posted a video on Facebook on Nov 4 with the message "Dad misses you with every breath.." (Capture from Thanapit Sakunmat Facebook)

The hospital had not allowed visits. He received phone calls from hospital staff with updates on her condition.

Tests showed his daughter had hyperglycemia with blood sugar of 400, Mr Thanapit said. His daughter was not a diabetic, nor was any other member of the family.

The family rushed to the hospital after being informed Ornjina’s condition was deteriorating. Her heart stopped. Hospital staff gave her cardiopulmonary resuscitation, but could not revive her.

The medical team mentioned pulmonary embolism as the cause of death, Mr Thanapit said.

Doctors took tissue samples for examination as her death might have been caused by a side-effect of vaccination. The family was awaiting the autopsy result, he said.

He called for an investigation into his daughter’s death. If it was linked to the vaccination, the family must be compensated. No state agency had contacted the family, he said.

Funeral rites for Ornjina are at Wat Srilom in Muang district of Lampang. Cremation is on Nov 7.

Office of the Vocational Education Commission (Ovec) secretary-general Suthep Kaengsanthia said on Friday he had received a report about the Lampang college student's death. His office was awaiting the autopsy result from the hospital to learn whether her death was vaccine related.

An initial examination determined her death was not caused by myocarditis (heart  inflammation), Mr Suthep said.

If her death was caused by the inoculation, the National Health Security Office would provide compensation for the family, the Ovec secretary-general said.

The picture of Lampang Kalayanee students earlier posted with this story was deleted.

The death of a student in the story has no connection with the school.

The Bangkok Post apologises for any misunderstanding that may have arisen from use of the photo.