Bathing rite and chanting for him at Wat Tridhosthep

Virabongsa Ramangkura, who has died of cancer aged 78, is seen in November 2011. (Bangkok Post file photo)

Virabongsa Ramangkura, one of the best-known economists and ministers in several governments, died on cancer on Sunday. He was 78.

He was a board member of Matichon Plc and a columnist for the two media outlets.

Mourning messages have poured on social media after his death. "It was one of the greatest losses in Thai society," Phumtham Wechayachai, a core Pheu Thai Party member, tweeted.

"If the next life is true, I wish I would be his student again," Pichai Naripthaphan of Pheu Thai wrote on his Facebook account. 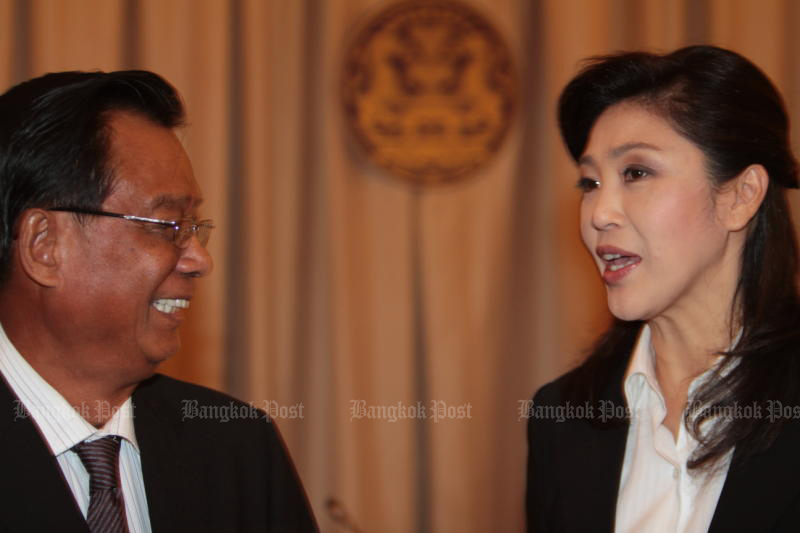 Virabongsa Ramangkura, who was a chief strategist, speaks to then-prime minister Yingluck Shinawatra in a press conference on a rehabilitation plan to rebuild the country for the future on Nov 8, 2011. (Photo: Apichart Jinakul)

Virabongsa bid farewell to fans of his columns posted on Matichon online on June 11 last year after more than two decades, starting with Prachachat.

"It is time for me to stop writing for Prachachat and Matichon because of my health and illness, which is normal for a person reaching 80," he wrote before he was admitted to the hospital.

"This column might be the last that I am strong enough to pick up a pen to write," he said after he was diagnosed with what he called an "illness".

"I will come back to write my column again when I am healthy enough," the former minister promised.