NAKHON PHANOM: Border patrol police seized 1,320 kilogrammes of compressed marijuana from a van abandoned by a smuggler following a chase in Tha Uthen district in the early hours of Saturday.

A team of officers manning a road checkpoint at Ban Na Nua village in tambon Tha Uthen signalled a van with Bangkok licence plates to stop for a search, but the driver sped off, prompting police to give chase.

Officers fired shots at the tyres of the van, bringing the vehicle to a halt. The driver immediately abandoned the van and ran away.

The seized marijuana, smuggled from Laos and destined to be shipped abroad via southern Thailand, was a Grade A product worth at least 10 million baht.

Police are examining ownership documents of the van to find out the culprit. Since early this year, more than five tonnes of marijuana have been seized in the northeastern province. 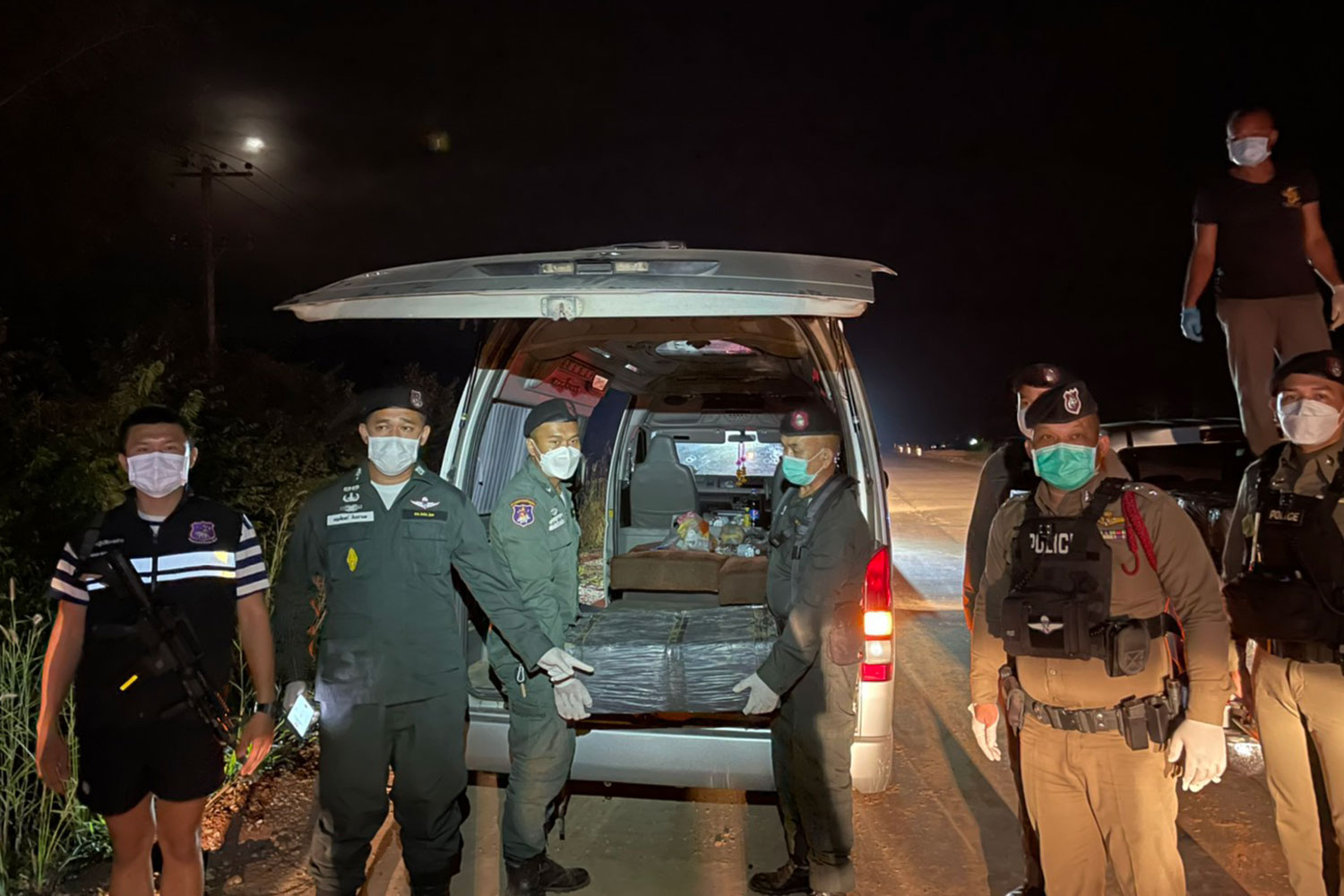 A van loaded with 1.3 tonnes of compressed marijuana is left abandoned by a smuggler in Tha Uthen district of Nakhon Phanom. (Photo supplied: Pattanapong Sripiachai)