A railway police officer talks to an executive of a chemical importing firm, 65, on a sleeping car heading to Chiang Mai on Monday night. He is wanted an an arrest warrant for tax evasion. (Photo: @AyutthayaRailwayPolice Facebook page)

An executive of an importing firm fleeing a court warrant in a 175 million baht tax evasion case has been arrested in a sleeping car of an express train heading to Chiang Mai.

Sujit (whose surname was withheld by police), 65, was travelling on Special Express Train No 9 from Bangkok to Chiang Mai on Monday night.

The suspect, an executive of a firm importing chemicals for production of plastic products, was initially arrested on a warrant issued by the Bangkok South Criminal on April 29, 2019 for alleged tax evasion in violation of Section 27 of the customs law.

He fought the case and won in the lower court and the Appeals Court.  Public prosecutors appealed to the Supreme Court, which convicted and sentenced him to one year in prison  and a fine of 175.65 million baht.

The suspect fled and a warrant was issued for his arrest, according to the Ayutthaya railway police Facebook page. 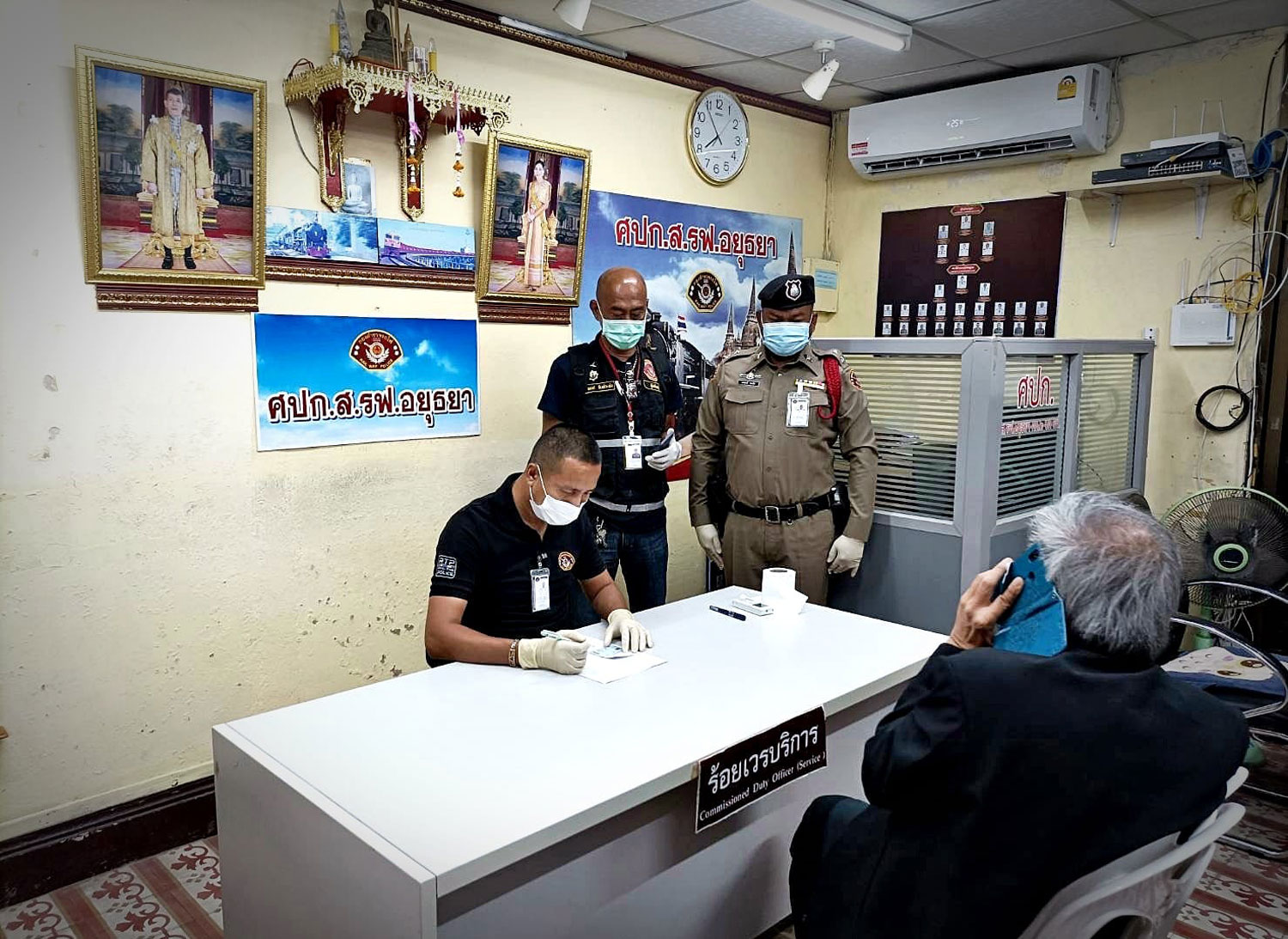 Mr Sujit, 65, whose surname was withheld by police, uses his phone while being questioned by Ayutthaya railway police after his arrest on Monday night. He was fleeing a Supreme Court  conviction and prison sentence for tax evasion. (Photo:@AyutthayaRailwayPolice Facebook page)