Alcoholic drinks are not yet allowed in entertainment venues and eateries in Pattaya, Chon Buri province. (Photo: Chaiyot Pupattanapong)

CHON BURI: Impatient operators of entertainment venues in Pattaya have stepped up their calls for the lifting of the alcohol ban to boost tourism in this beach town.

The group, led by Ms Lamphueng Hamilton, chairwoman of the entertainment venue operators club on Jomtien beach in Pattaya, said the Covid-19 pandemic had forced many businesses to close for almost two years. Many had suffered huge losses.

Now the situation has gradually improved with over 85% of the local population vaccinated against Covid-19, the group said.

They wanted restrictions in Pattaya to be eased like those in four provinces where alcoholic drinks can now be served. Pattaya was excluded from the list despite being recognised as a world-class tourist town, the group said.

Since the country reopened on Nov 1, alcoholic drinks have been allowed only in restaurants in Bangkok, Krabi, Phangnga, and Phuket.

However, alcoholic drinks have been allowed only in the four provinces' blue zones, tourist-oriented areas with few Covid-19 restrictions. Permission to serve alcoholic drinks in the 13 other provinces was under consideration by the Centre for Covid-19 Situation Administration, said the mayor.

He believed the government and the CCSA would decide on the issue this month.

The Pattaya City Municipality had kept on proposing loosening the restrictions to the Chon Buri communicable disease control committee at every meeting, arguing that Pattaya was the hub of tourism in the East and one of 17 tourist areas under the pilot project to stimulate tourism. Thus, alcoholic drinks should be allowed at restaurants, hotels and other eateries to make tourism in the beach town more lively and draw more foreign tourists, said Mr Sonthaya.

On Friday,  CCSA spokesman Taweesilp Visanuyothin said the meeting chaired by Prime Minister Prayut Chan-o-cha decided to defer by another month a plan to allow pubs, bars and karaoke venues to reopen on Dec 1.

The new tentative reopening date was set for Jan 16 and only for some areas, depending on the Covid-19 situation. 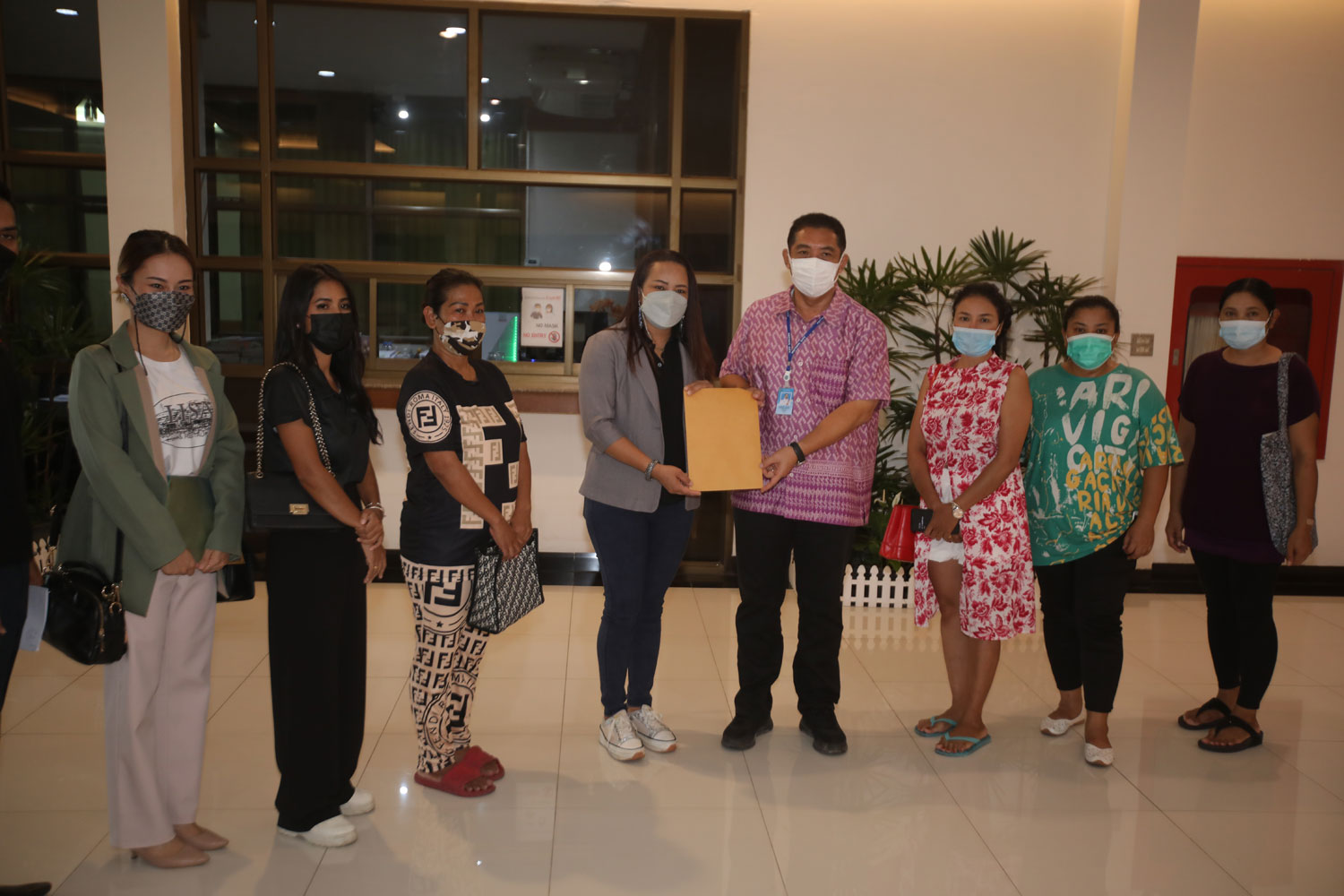 Representatives of operators of entertainment venues and other related businesses submit a letter to Pattaya mayor Sonthaya Khunplome on Tuesday calling for the reopening of their establishments and lifting of the alcohol ban. (Photo: Chaiyot Pupattanapong)