Hide-tide warning for Bangkok until Nov 28

Residents of Bangkok communities along the Chao Phraya River have been told to brace for another round of high tides that could cause flooding until Nov 28.

The Bangkok Metropolitan Administration has been working closely with the Royal Irrigation Department, the Hydrographic Department and the Navy on a joint water management plan, deputy city clerk Narong Ruangsri said on Saturday. They are monitoring runoff entering the capital from the north, as well as high sea tides that could affect riverside communities.

The Hydrographic Department recently issued a warning that there would be high tides at the Royal Thai Navy headquarters, Phra Chulachomklao Fort and nearby areas from Nov 19 to 28 between 6am and 3pm. The water in the Chao Phraya River is expected to rise in front of the navy headquarters and nearby areas to between 1.8 and 2 metres above mean sea level during this period, said Mr Narong.

The height of the sandbag walls in those areas has been reinforced to 2.8 metres from 2.3 to 2.4 metres earlier, he said.

Teams of officials have been also sent to follow up the sea tide situation, particularly in low-lying areas, and to check water pumps installed along the river so that they will be ready for work immediately. Four mobile water pump trucks are also on standby, he added. 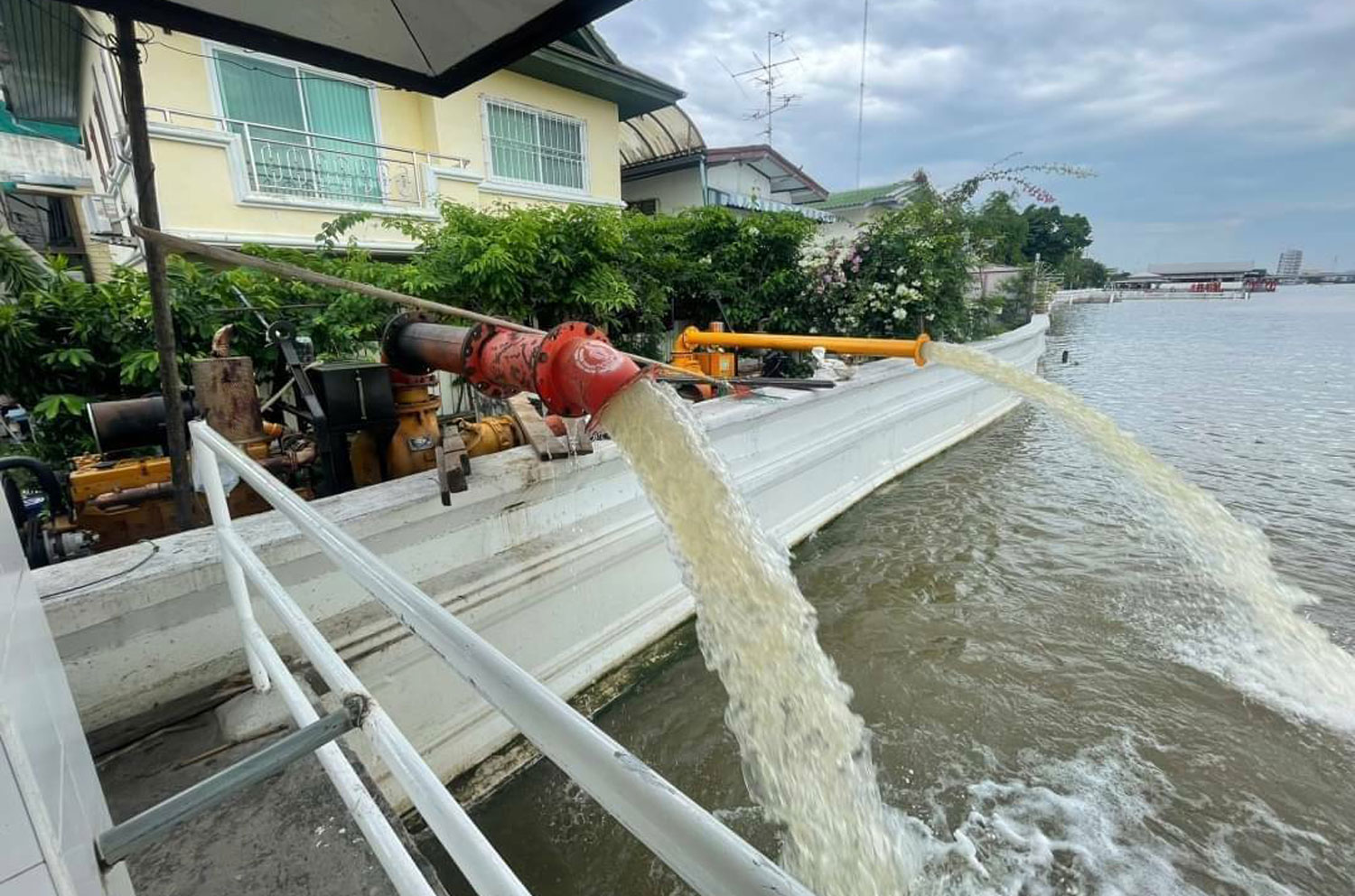