Prime Minister Prayut Chan-o-cha said his productive video conference with the founder of Huawei Technologies Co will lead to close cooperation in many areas including digital transformation and talent development.

The prime minister wrote on his Facebook account on Thursday that he had a video conference with the management of Huawei and was "very pleased to tell people that the discussion was very good and opened opportunities for cooperation in many areas to support the work of the government and the private sector in Thailand."

According to Gen Prayut, topics of discussion included the use of digital technology in medicine, education, trade, services, tourism, finance, agriculture and industry.

Both sides also discussed the development of cloud platforms for all parties to use big data. This will require long-term and continuous investment.

The conference also covered the development of digital personnel, innovators and startups as well as smart ports and airports that would use 5G technology and artificial intelligence, the prime minister wrote.

Mr Thanakorn quoted Mr Ren as saying that Huawei Technologies had successfully applied 5G technology and artificial intelligence to help develop many areas in China. He believed that the discussion on Thursday would lead to technological solutions for the develepment of Thailand.

Mr Ren also said Huawei Technologies has set up the Huawei ASEAN Academy and already conducted training courses for more than 40,000 people, according to the government spokesman. 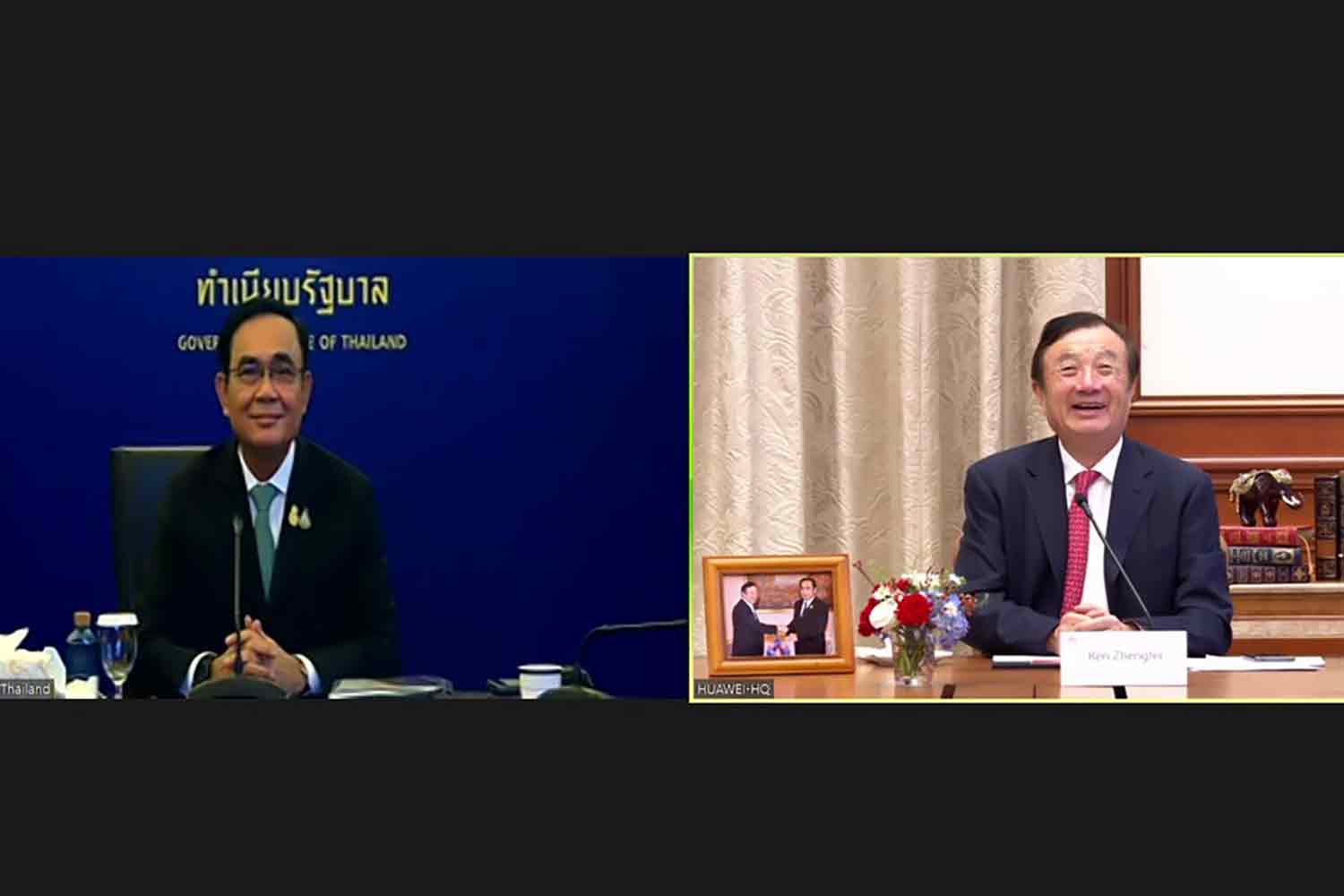 A subsequent statement from Huawei Technologies quoted Mr Ren as saying that Huawei and Thailand have been working together to build a strong digital infrastructure foundation for many years.

“We look forward to further accelerating the integration of digital technologies in Thailand’s key industries, especially in port and airport capabilities,” the CEO was quoted as saying.

“We strongly believe in Thailand's successful digital transformation and talent development. Our local team will continue working closely with Thai customers and partners to serve the country’s social and economic development with technology solutions.”

Thailand has been discussing with Lao officials the plans regarding a high-speed rail connection to promote a more seamless connection from Thailand to China via the intermediary country.

KYIV (UKRAINE) - Ukraine said Thursday it had recaptured swathes of fresh territory from Russian troops as Kyiv urged Europe to help its forces expel Moscow's army once and for all.

GENEVA - The UN Human Rights Council on Thursday voted against debating alleged widespread abuses in China's Xinjiang region after intense lobbying by Beijing, in a heavy setback for Western nations.