NAKHON SI THAMMARAT: A candidate for TAO chairman in the Nov 28 local elections was shot and wounded by a motorcycle gunman in Ron Phibun district on Thursday morning.

Chaiyuth Kaewbunthong, 49, a former chairman of Khun Chum tambon administration organisation who is running for election again, was attacked while riding his motorcycle along a road at Village Moo 4 in tambon Khun Chum.

Pol Lt Col Thaweesak Srikun, investigation chief at Ron Phibun, said Mr Chaiyuth had left his home early, intending to resume campaiging. Two men on a motorcycle came up behind him and the pillion rider fired a shot at him.

The bullet hit Mr Chaiyuth in the left arm and he lost control of his bike, which veered off into a roadside ditch. Mr Chaiyuth was carrying a gun and he returned fire, chasing off the gunman before he could shoot again.

Police found one spent 11mm bullet casing on the road at the scene.

Mr Chaiyuth was taken to Ron Phibun Hospital for treatment of his wound. Doctors said the bullet had hit a bone and he was transferred to Maharat Nakhon Si Thammarat Hospital for surgery.

Police said it was not clear at this stage if the attack arose from personal conflict or if the motive was political. The investigation was continuing. 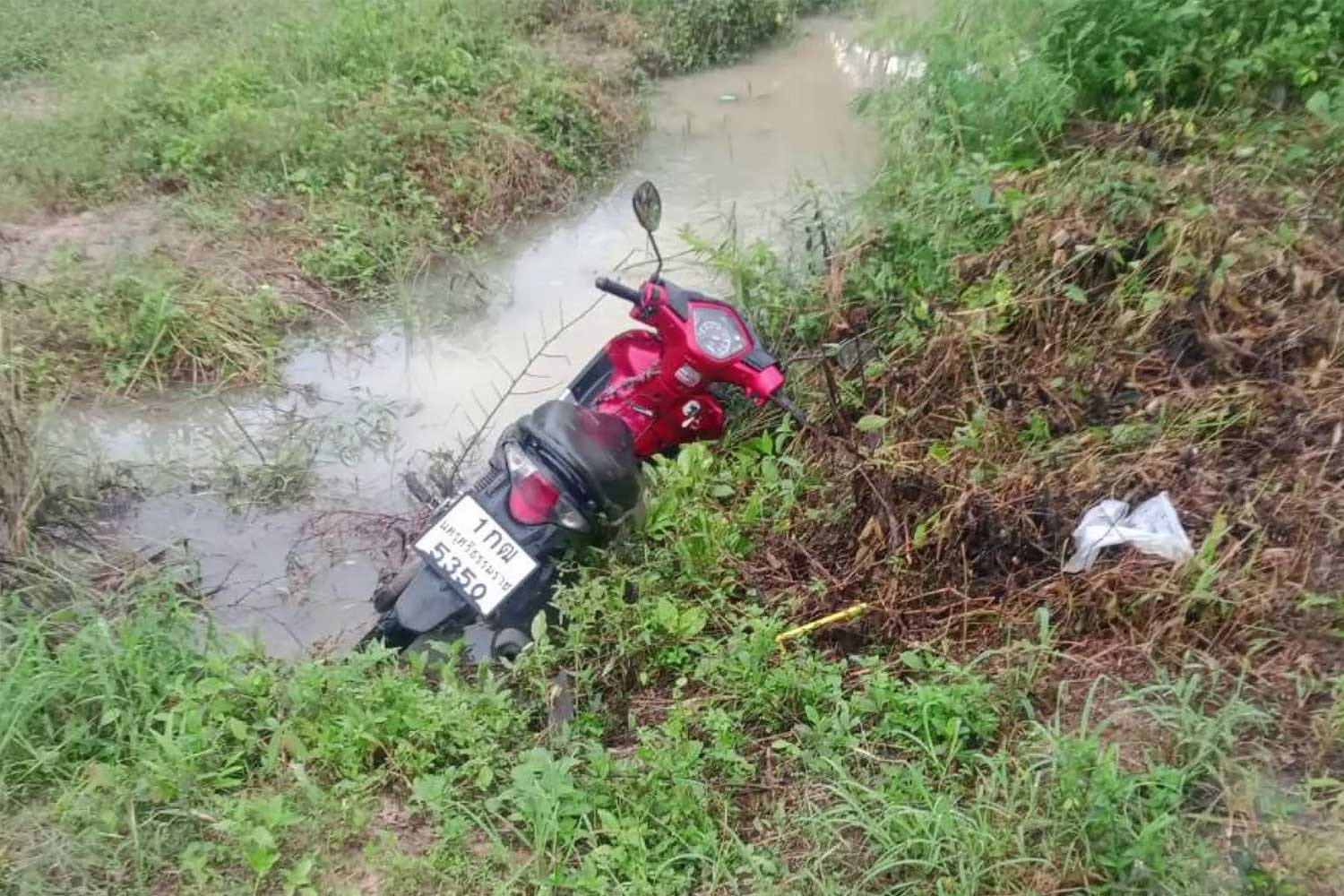 TAO chairman candidate Chaiyuth Kaewbunthong's motorcycle rests in water in a roadside ditch after he was wounded by a gunman on Thursday morning in Ron Phibun district, Nakhon Si Thammarat. (Photo: Nujaree Rakrun)