Prinya Yenjit, a researcher who joined a team of seven forest rangers to install camera traps in the deep forest, and Phakphum Makern, the injured ranger, were brought out of the forest at around 6.20pm on Friday. Mr Phakphum was rushed to Thong Pha Phum Hospital while Mr Prinya was treated as the witness.

During questioning, the researcher told police that Khathawut Klomkliew, another forest ranger in the team, suddenly went berserk in the early hours of Thursday and kept talking about his wife while other team members were sleeping.

Mr Khathawut, armed with a knife, later walked towards Mr Phakphum, who was sleeping on a stretcher. He then used the knife to attack him and fired a gunshot, causing others to flee for their own safety.  Shortly later, another gunshot was heard.

After one hour, the others emerged from their hideout and found Khathawut lying dead with a gunshot wound. He was holding his shotgun at the time, said the witness.

However, police said they would interrogate the five other forest rangers who were still in the forest and waiting for transportation back out of the site. Police would examine the gunshot wound on the body of the ranger and traces of gunpower on him. The five rangers and the dead body were expected to be taken out of the forest today.

The family and relatives of the dead ranger still had doubts over the death of Khathawat as they saw no reasons for him to shoot himself to death.

Khathawut died from the gunshot wound and Phakphum sustained knife wounds following the incident that was earlier reported. Both worked at Khao Laem National Park.

Earlier, Khao Laem National Park chief Thewin Meesap had assigned seven rangers, including the injured and the dead ranger, to install camera traps to track the movements of Bengal tigers. Mr Prinya later joined the team. There was no foreign researcher on the team as earlier reported. 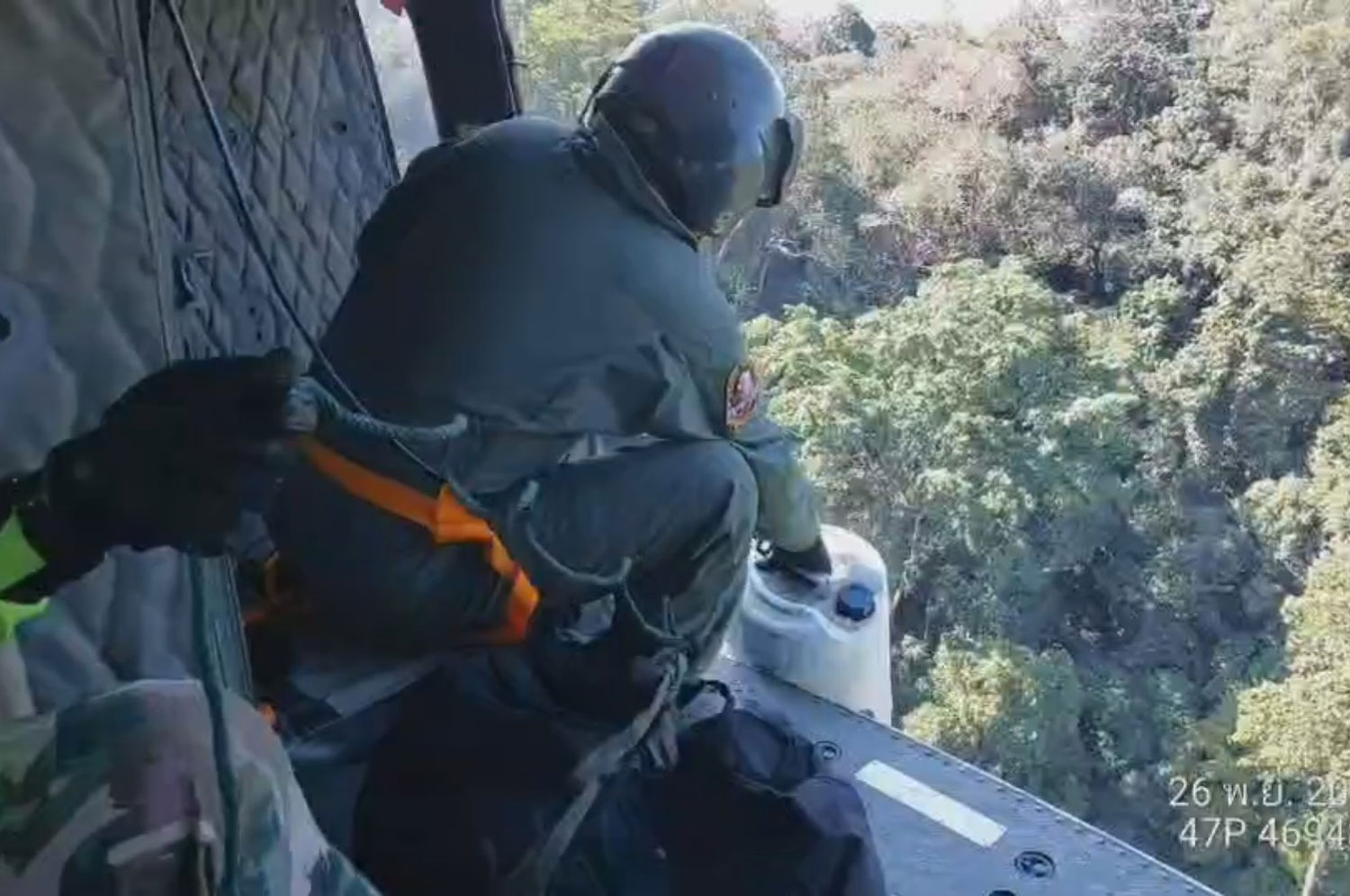 A rescue team member drops necessary items to the valley where other forest rangers are awaiting to be transported back following an attack involving two rangers. (Photo supplied)