Authorities say pair were offered B200,000 to transport drugs from Nakhon Phanom to South

The seized drugs had a street value of at least 10 million baht.

The arrest followed an investigation that led authorities top believe illicit drugs would be smuggled through That Phanom district of this northeastern province. Teams of soldiers deployed along the river bank spotted the SUV arriving at a spot near Ban Kham Phakphaew village in tambon Namkham to pick up black plastic bags that had been left along the river bank.

Soldiers approached the couple and asked to search their vehicle, after which they found the ganja haul.

During questioning, Mr Abdulrosak, originally from Satun, told police that he used to work at a well-known pub in Chon Buri, but the extended closure of nightspots because of the pandemic had left him jobless. He said he was struggling with debt when a member of a drug gang approached him and offered him 200,000 baht to transport a drug shipment from Nakhon Phanom to southern Thailand.

The suspect said he decided to take the job as he could earn quick cash. He then rented the SUV and drove it to Nakhon Phanom with his wife accompanying him.

Authorities plan to expand the investigation to arrest other people involved. They have also tightened security along the border to prevent drug smuggling after seizing more than five tonnes of marijuana in the past week alone. 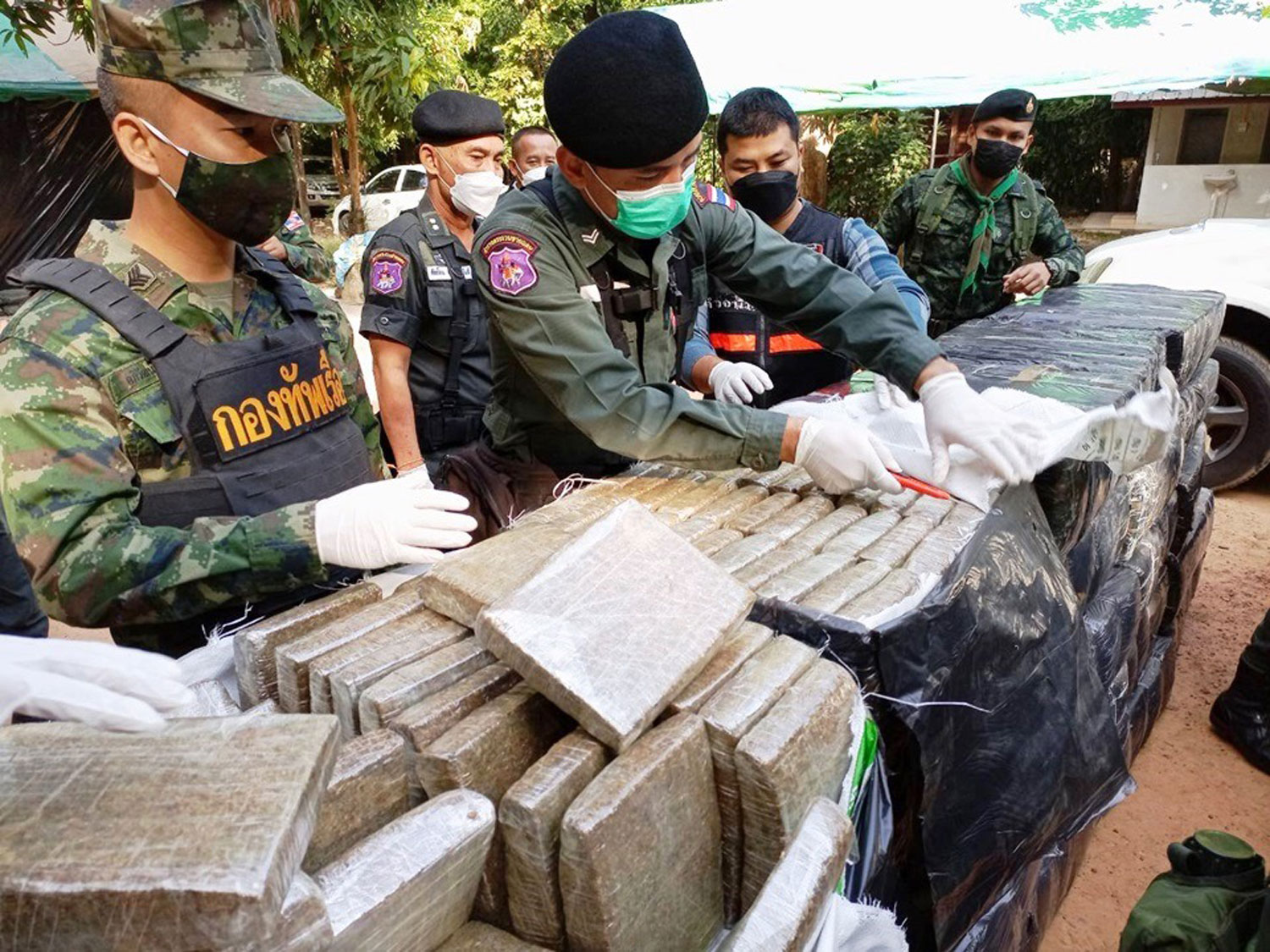 A soldier cuts open a black plastic bag containing packages of dried marijuana after the seizure of more than a tonne of the drugs in Nakhon Phanom. (Photo supplied: Pattanapong Sripiachai)