Their Majesties to lay foundation stone

Clean and green: A virtual design has been unveiled for a public park to be located on a 279-rai land plot donated by His Majesty the King.

Their Majesties the King and Queen will on Sunday lay the foundation stone for a statue of His Majesty King Bhumibol Adulyadej The Great at a new public park under construction in honour of the late king, which is expected to become a new major landmark in Bangkok.

Sunday is King Rama IX's birthday and Father's Day, with ceremonies planned for the occasion nationwide. Deputy Bangkok governor Sakchai Boonma said the park, located on a 279-rai land plot donated by His Majesty the King, underscores the kindness and thoughtfulness of His Majesty who attaches importance to the public's health and well-being.

Mr Sakchai said the park will be a key landmark attracting both Thai and foreign tourists. "The park is located near several important historic sites, such as the Temple of the Emerald Buddha and the Grand Palace. The park will not only provide the public with a space to relax and enjoy, but it will also serve as a constant reminder of King Rama IX," Mr Sakchai told the Bangkok Post. 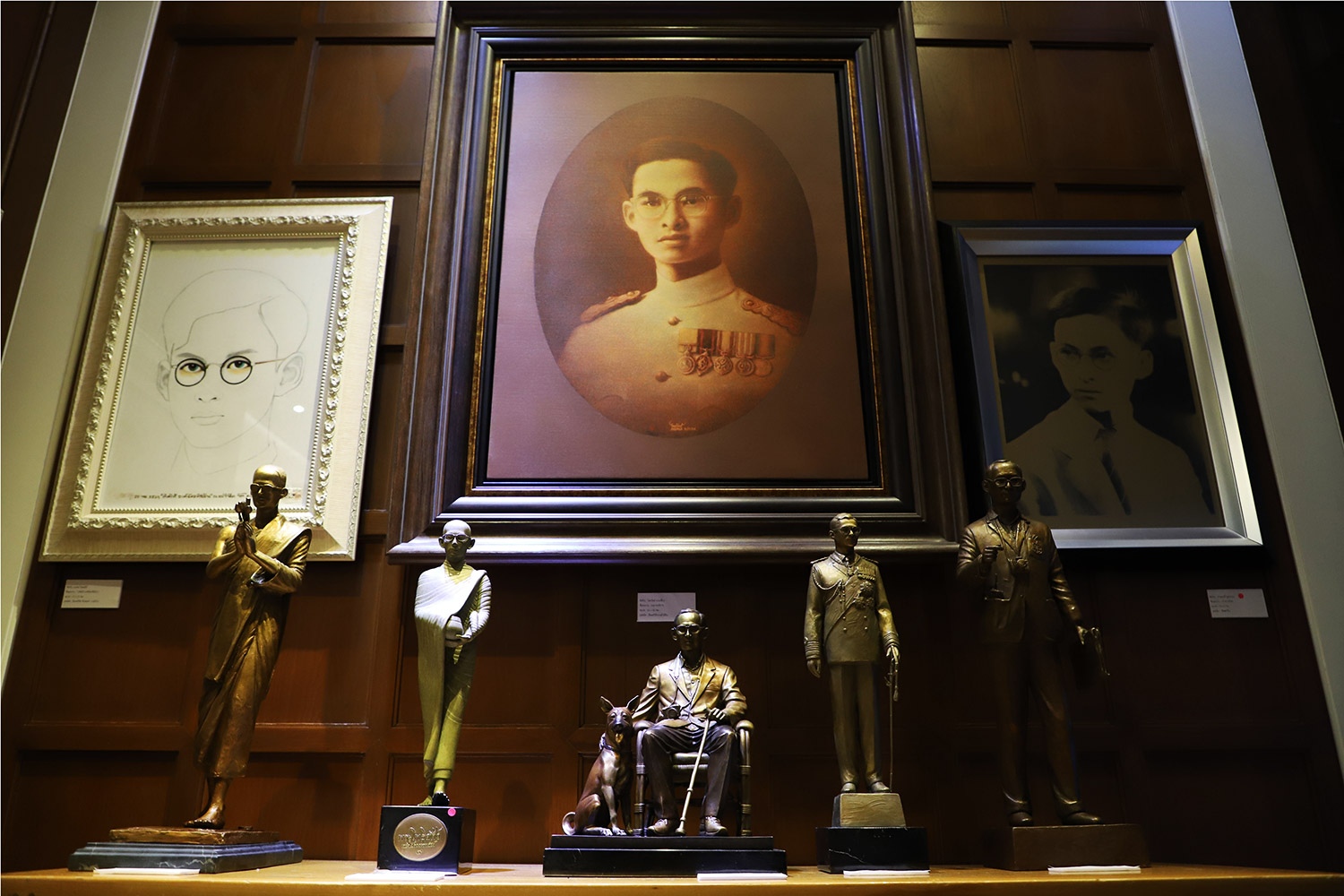 Majestic art works: Sculptures and pictures of His Majesty King Bhumibol Adulyadej The Great are on display at an exhibition held in honour of the late king at Two Pacific Place on Sukhumvit Road. Works of art from more than 200 artists highlight King Rama IX’s tireless and selfless devotion to help his people, as well as his artistic talent as composer, painter and photographer. (Photo: Wichan Charoenkiatpakul)

Anucha Tritrong, head of the Wat Yuan-Klong Lampak community in Dusit district near the park, said residents are fortunate to be getting the park. "We were delighted when we first learned that the [Nang Loeng] racecourse would be turned into a large public park in commemoration of King Rama IX," Mr Anucha said.

Government spokesman Thanakorn Wangboonkongchana said that Prime Minister Prayut Chan-o-cha will lead cabinet ministers and government officials in offering alms to 89 monks in a merit-making ceremony to mark King Rama IX's birthday and Father's Day. "The government has also invited the public to welcome Their Majesties the King and Queen in the foundation stone-laying ceremony as well as join other activities," the spokesman said. On his Facebook account, Gen Prayut said the park is the symbol of an unbreakable bond between Thais and the monarchy.

The Bureau of the Royal Household previously unveiled a virtual design for the public park which is expected to be completed by 2024. The land, which formerly served as the grounds for the 102-year-old Nang Loeng Racecourse of the Royal Turf Club in Dusit district, was donated by His Majesty the King for park development. The park's design work began in 2018 and a statue of King Rama IX will be at its heart. 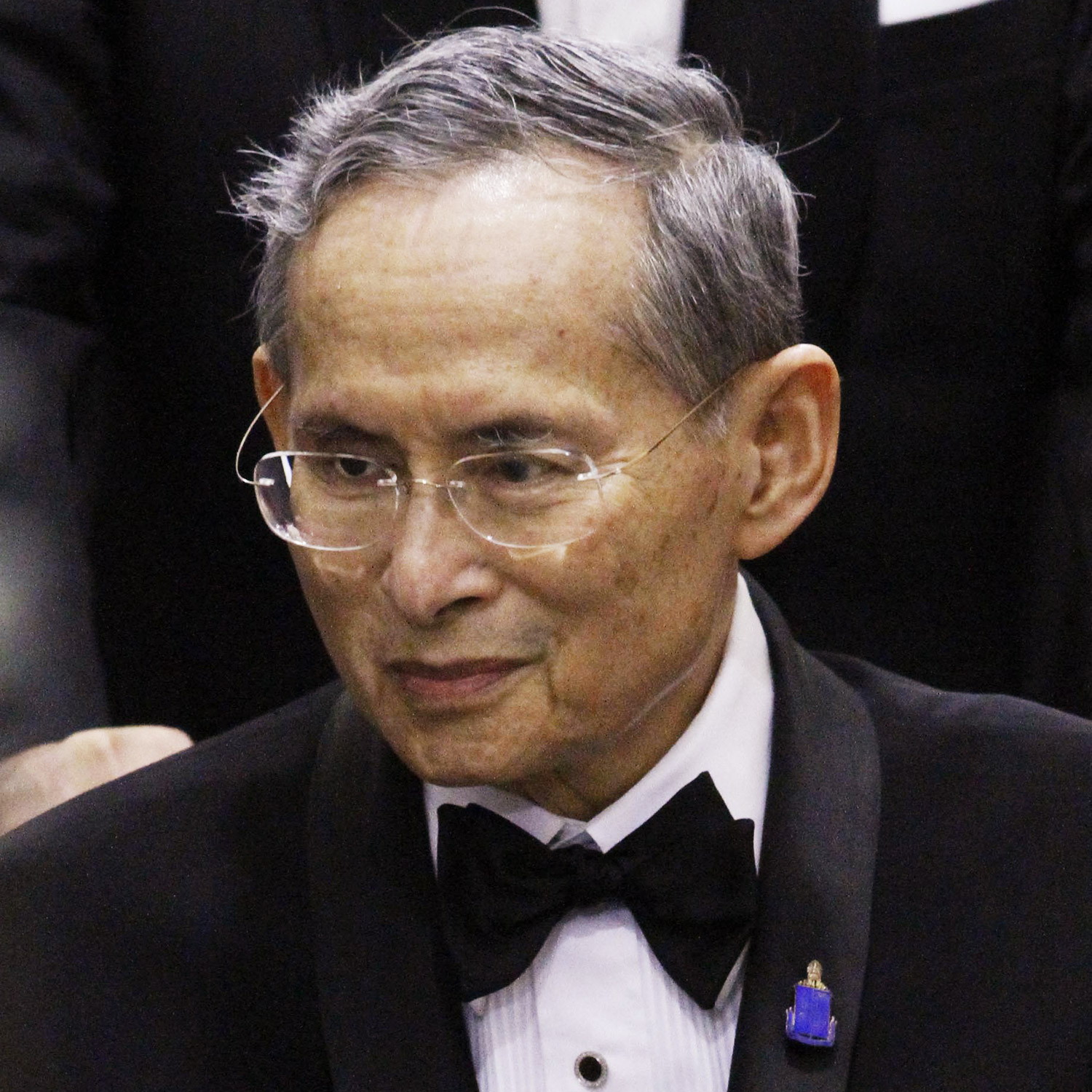 Father’s Day: In remembrance of the late His Majesty King Bhumibol Adulyadej The Great, the Bangkok Post joins the nation in commemorating the beloved monarch’s birthday falling today which is marked as National Day and Thai Father’s Day. For seven decades, the late king was Thailand’s guiding light. The monarch, regarded far and wide as father to the nation, took the country out of several deadly turns with his wise counsel.

The bureau said surrounding the statue will be a lake, constructed in the form of the Thai numeral nine, with the Yod Nam Phra Thai and Cho Bakong bridges built across the lake. The bridges are symbols of a time when the former king travelled by jeep to visit local villagers in Ban Cho Bakong in Sungai Kolok district of Narathiwat.

The bureau said the park's design reflects sustainable water management ideals as promoted by King Rama IX in areas such as dam construction, Chaipattana turbines and New Theory Agriculture which was established in 1994.

The inner area of the park is also designed as a large water catchment area known as a kaem ling (monkey cheek), one of the late king's projects that helped efforts to counter flooding in the capital. More than 4,500 trees will be planted in the park, which will also include paved areas, bicycle lanes and an outdoor gym.

After completion, the park will be the largest of its kind in the capital but smaller than Lumpini Park in Pathumwan district and Benjakitti Park in Klong Toey district.

PARIS: The Paris Metro is phasing out cardboard tickets after 120 years, taking the capital's urban transit into a contactless future but leaving behind nostalgic fans who will miss the humble rectangular cards.