A health official talks to a woman on Saturday before administering free antigent testing near a public park under construction to commemorate His Majesty King Bhumibol Adulyadej The Great. (Photo: Nutthawat Wicheanbut)

Thailand logged 27 new Covid-related fatalities and 4,704 new coronavirus cases during the previous 24 hours, the Public Health Ministry announced on Sunday morning. The new caseload dipped back below 5,000 after hitting 5,896 on Saturday.

On Saturday, 6,149 Covid-19 patients were discharged from hospitals after recovering from the coronavirus.

The CCSA reported in the afternoon Bangkok registered 781 new transmissions, leading other provinces in the country. Five southern provinces — Nakhon Si Thammarat, Songkhla, Pattani, Surat Thani and Yala — were among the 10 most infected provinces.

Thailand imported eight new cases from seven countries, led by two arrivals from Cambodia, according to the CCSA.

Chon Buri and Ayutthaya recorded the highest number of fatalities with three each. The rest were distributed among 18 other provinces.

Thailand is on the verge of missing its target of administering 100 million vaccine doses in the continued fight against the Covid-19 pandemic.

The latest figure from the Centre for Covid-19 Situation Administration (CCSA) on Sunday afternoon showed 95,261,358 doses had been given, covering 68% of the population with at least one jab.

Heath officials administered 730,201 shots on Saturday. If that number is repeated over the next 24 hours, the country will fall short of the 100-million-dose goal.

The Public Health Ministry has embarked on a 10-day campaign to reach 100 million doses from Nov 27 to Sunday. The updated tally will be reported by the CCSA on Monday.

Although the target is not likely to be achieved, government spokesman Thanakorn Wangboonkongchana said Prime Minister Prayut Chan-o-cha was satisfied with the Covid-19 situation in the country and reminded people of the need to keep their guard up against the deadly virus.

The prime minister hoped the target of 100 million shots would be reached by the end of this year, the spokesman added.

On Saturday, 71,482 people received Covid-19 treatment at hospitals, including 1,263 seriously ill patients and 328 dependent on ventilators, it added.

Since the pandemic started early last year, there have been 2,141,241 Covid-19 cases, with 2,048,815 complete recoveries so far. The vast majority of cases have been logged since April 1, when the third wave of the coronavirus began.

The death toll stood at 20,944 since the beginning of the pandemic. 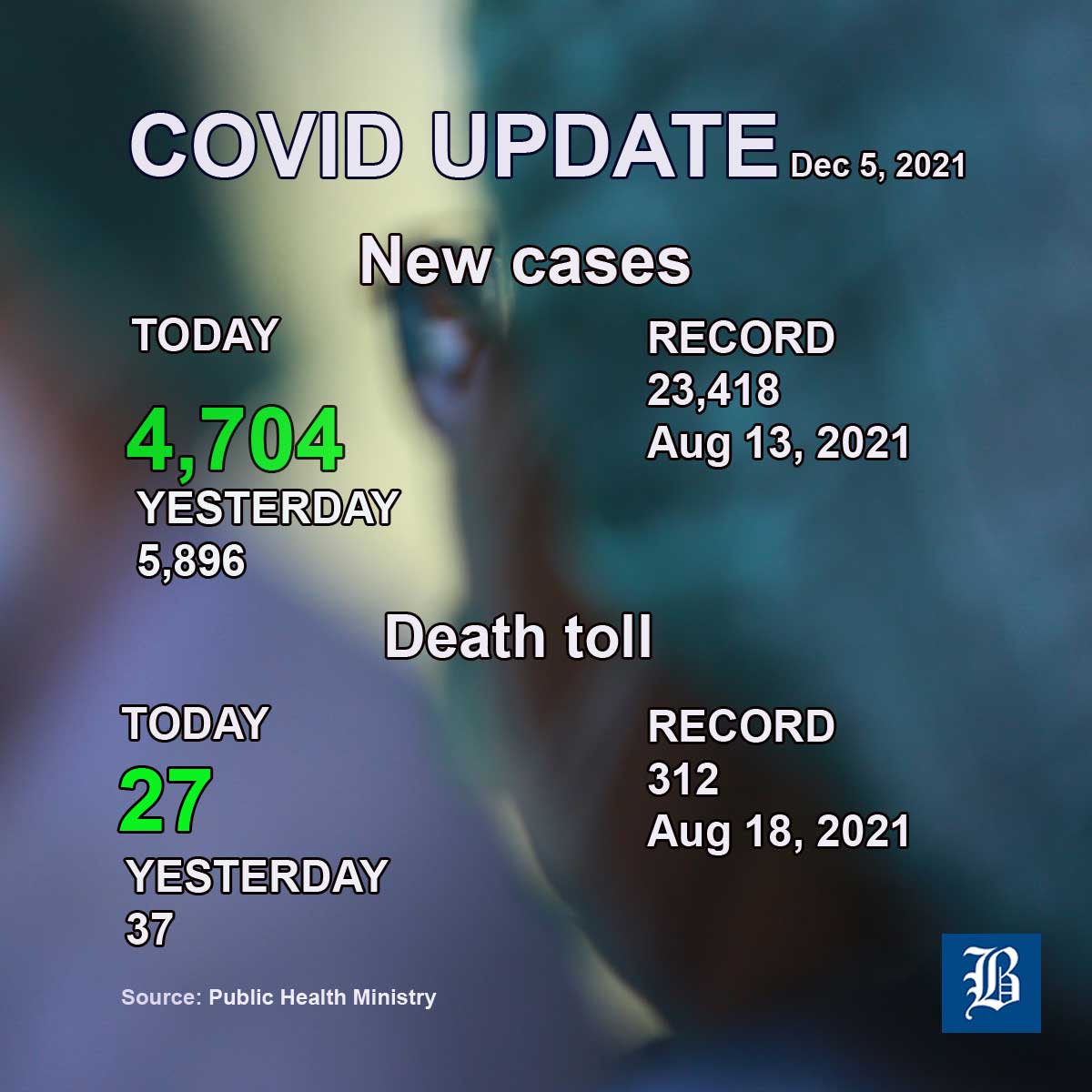