Marijuana worth B50m in truckload of eucalyptus wood
Thailand
General

NARATHIWAT: Police found 1.6 tonnes of compressed marijuana hidden among a cargo of eucalyptus wood on a parked 18-wheeler at a seaside village in Tak Bai district late on Wednesday night.

They put the value of the marijuana at 50 million baht, and said it was en route to Malaysia.

Officers from Tak Bai and the provincial police office and Marine Police sub-division 7 were sent to Ban Kubu in tambon Praiwan around 10.30pm, to follow up on information that a large quantity of drugs would be smuggled from there to Malaysia by boat.

The team spotted an 18-wheel trailer truck with Saraburi licence plates parked in the seaside village. The trailer was loaded with bolts of eucalyptus.

The officers noticed  two spots in the cargo where the way the timber was positioned raised their suspicions.

They seized a total of 1,680 kilogrammes of compressed marijuana. If smuggled  into Malaysia it would have been worth at least 50 million baht, police said.

During questioning, Mr Suphat allegedly said he had driven the truck and its cargo of logs south from Nakhon Phanom in the Northeast with the marijuana hidden among the cargo. It was the first time he had made the trip.

After arriving in Tak Bai and parking near the sea at Ban Kubu, someone else was supposed to meet him and take the marijuana by boat to Malaysia.

The couple were arrested and face drug charges.

Police said the investigation would be extended to determine if the driver was more deeply involved in the smuggling operation, or not, and who was running it. 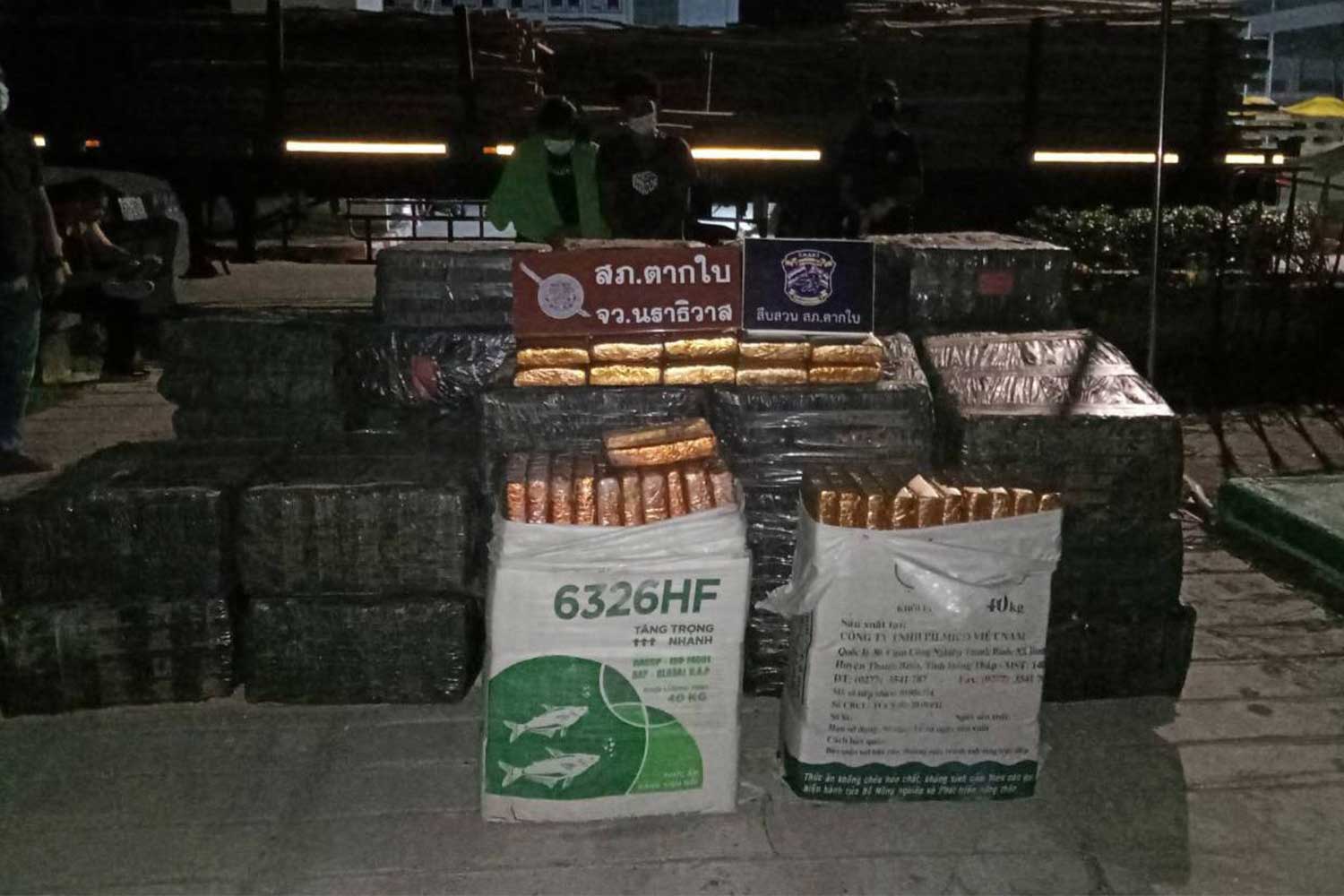 Packages of compressed marijuana found among a cargo of eucalyptus timber on a  trailer truck in Tak Bai district of Narathiwat late on Wednesday night. (Photo supplied/ Waedao Harai)