Patsarakorn "Pok" Chirathivat is seen hugging his twin two-year-old children during the episode on his Mindset TV channel on YouTube when he shared a story about his brain surgery late last month. (Screenshot)

Patsarakorn "Pok" Chirathivat has shared the moment when he faced death and realised that his family is the most precious part of his life.

The son of Bangkok Post Group chairman Suthikiati Chirathivat and former Miss Universe Apasra Hongsakula on Saturday appeared on YouTube with his wife Rasri "Margie" Balenciaga to clarify concerns among the public - and even his own relatives - after online pictures showed he had been hospitalised with a wound in his head.

He told the 2.49 million followers of his Mindset TV channel that he suffered a severe headache on Nov 20 and had to undergo emergency brain surgery on Nov 23. The surgery - to remove a brain tumour - was successful.

"To be honest... what happened to me has shocked me, Margie and my family... I've never thought something like this would happen to me so early in my life. I have just turned 35," Mr Patsarakorn said.

He said he had suffered hearing difficulties every 3-4 days and a suspicious headache for about a month. He had seen doctors for examination of his ears, eyes, throat and nose but received no answers about the cause of the problems.

Later the hearing difficulties occurred daily, along with an ache in the back of the head and pain in both temples. These symptoms would appear 4-5 times a day, Mr Patsarakorn said.

"At the peak of the pain, all I could do was close my eyes, stop moving and try to breathe through it. I felt I could collapse," he said.

Finally he asked his father to recommend a brain specialist or neurologist. 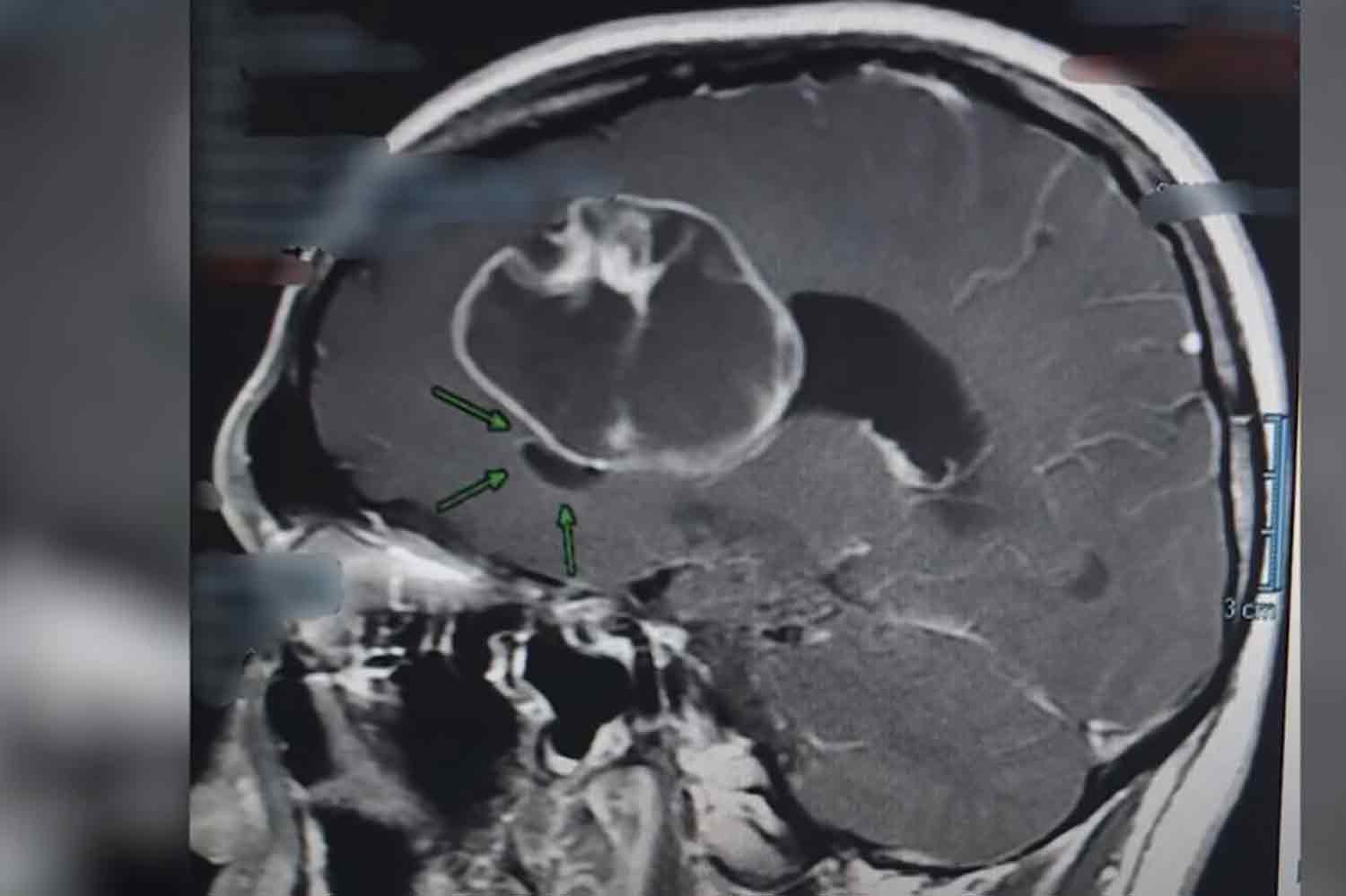 An image of the brain tumour. (Screenshot)

"I never thought I would have a tumour. I thought it was something to do with veins, blood circulation and stuff caused from working too much, stress and lack of sleep," Mr Patsarakorn said.

"What shocked me even more was that the doctor told me that if he were in my position, he would not wait any longer. He recommended I have surgery today or tomorrow if possible," he said.

Mr Patsarakorn said that he was scared because one of his family members had undergone brain surgery and never woken up.

"The things that came into my head after I became aware of the situation were my kids' faces and my family... When I heard everything I was speechless and tears were streaming down my face," he said.

"I wished I could have had more time for my family."

He said that it was a major brain operation and the tumour was not the size of a ping pong ball, as earlier estimated, but almost as big as a tennis ball. During the operation, surgeons were also concerned because the brain had been bleeding.

"One thing I heard from the nurse was that the doctor would like to set up a family meeting. A family meeting didn't sound so good to me," Mr Patsarakorn said.

The family meeting was later cancelled.

The doctor told him he had expected him to live no longer than another two years because he was suspected to have terminal cancer.

However, the result of the examination of the tumour surprised even the doctor because it showed that it was not malignant. It was a type of tumour (pilocytic astrocytoma) that mostly occurred in children aged 5-10, and the doctor said he would not need any subsequent treatment.

"That was a final signal for me to change my lifestyle. I thought I needed a second chance for me to be able to make it up to my family."

"It made me realise that everything that I have done means nothing if I don't get to stay alive and be with them," Mr Patsarakorn said.

"The reason why I'm sharing this with you guys is because I hope this helps you realise or see what actually matters in your life." 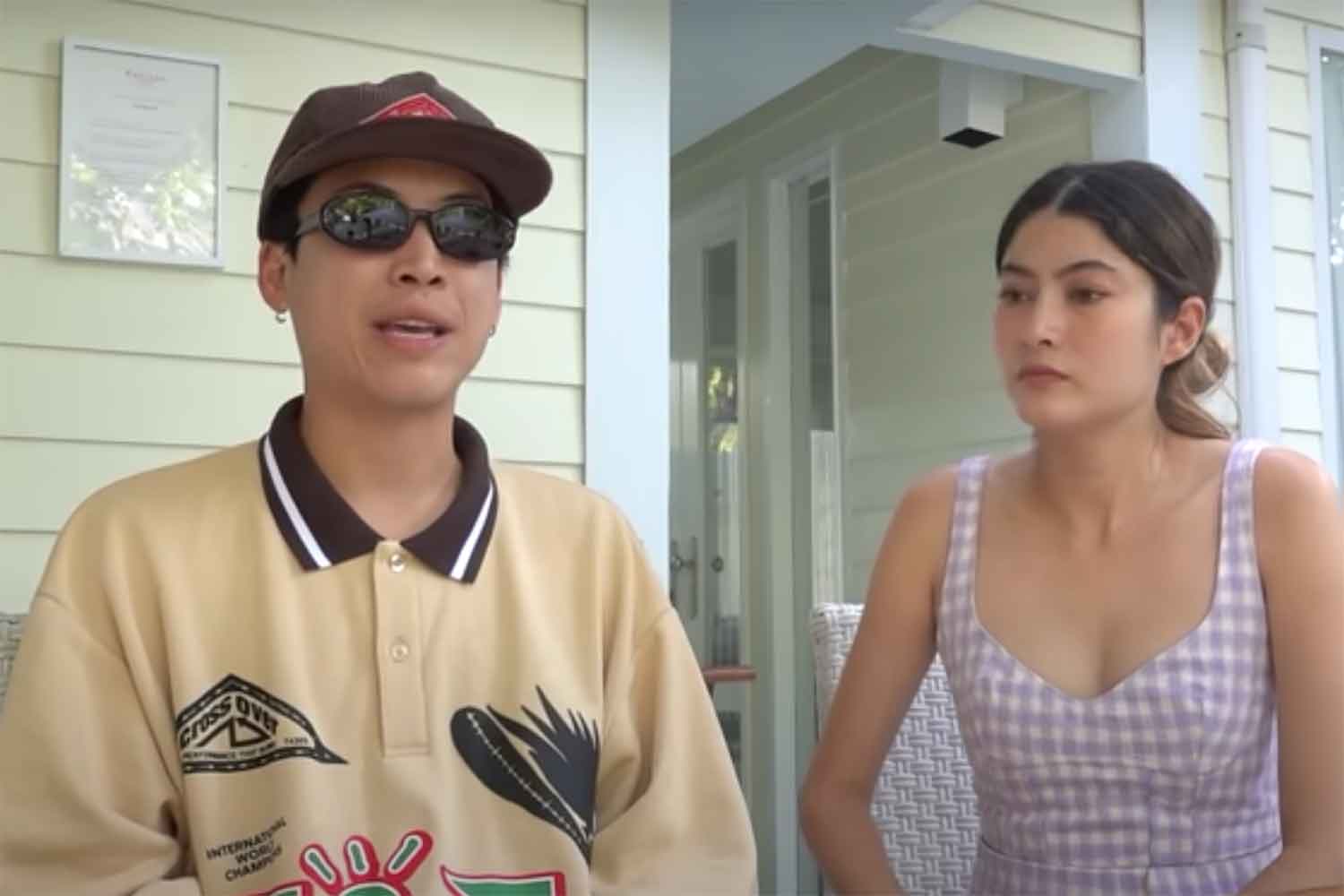 Mr Patsarakorn and his wife Rasri "Margie" Balenciaga share their story on the Mindset TV channel on YouTube. (Screenshot)