ACM Napadej said the air force needs a new fleet of fighter jets as the ageing F-5 and F-16 aircraft have been in service for more than three decades.

As aircraft age, maintenance costs and safety risks are likely to increase.

The F-35 jets, manufactured by US defence giant Lockheed Martin, have emerged as the best choice now that costs are lower, down to US$82 million (2.7 billion baht) each from $142 million when the model first hit the market, he said. 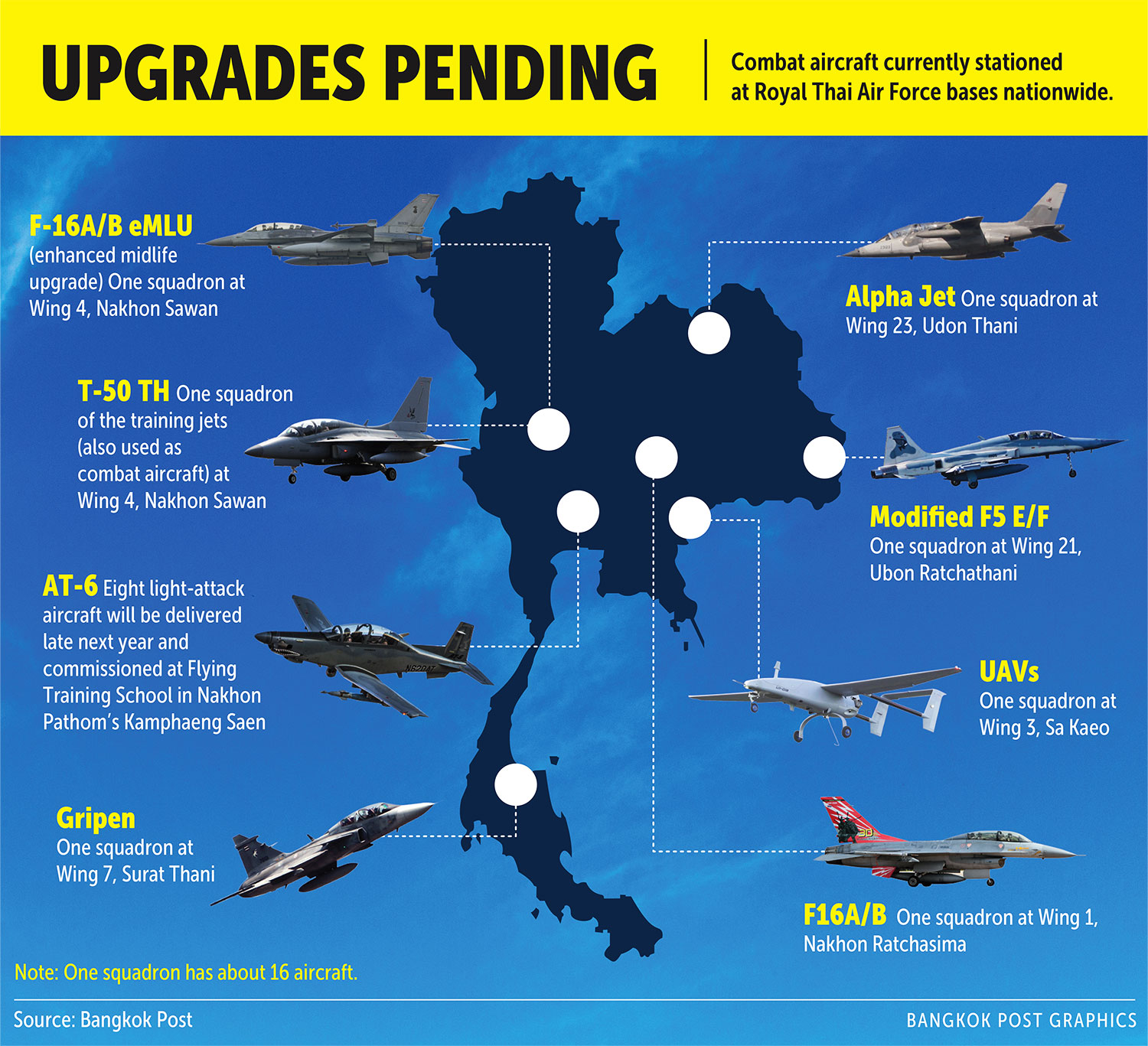 With the new Swedish-made Saab Gripen priced at $85 million per unit, Lockheed Martin's product is not out of reach, ACM Napadej said. Depending on negotiations, unit prices of the F-35 can be brought down to just above $70 million each, he said.

ACM Napadej said the budget planning for an F-35 acquisition project will be initiated in the 2023 fiscal year, which started in October, and the air force is prepared to answer all questions if it chooses to press ahead with the purchase.

A panel will be set up to study the aircraft procurement programme to justify the air force's request for funding, he said.

According to ACM Napadej, the air force is not buying weapons but is implementing security to defend the people and the nation's interests. He expressed confidence that if the public is on the same page as the air force, it will support the programme.

Given their technological advantages, the F-35 jets will suit the country's needs to enhance its airpower, a vital part of modern warfare, he said.

The air force is aware of budget constraints brought on by the Covid-19 pandemic, he said, noting that it plans to make the purchases in phases and select high-quality products that come with the transfer of technical know-how.

Developed by Australia's air force and Boeing, it flies in teams with other aircraft to provide support and it can be fitted with a weapons system, he said.

"We don't require a full fleet of F-35 jets. We may use just eight to 12 and use drones to fly alongside the manned aircraft," ACM Napadej said.

"This will help save costs. This is relatively new but these technologies are likely to develop fast."

"If the air force receives support from the public, including politicians, and if we can afford it, [the air force] will move to upgrade and strengthen its airpower," he said, adding a proposal will be submitted to Prime Minister and Defence Minister Prayut Chan-o-cha for consideration when it is finalised by the air force.

Under the plan, the new fighter jets would be deployed from the Nakhon Ratchasima-based Wing 1.