Accidents down 19% and fatalities 24% lower than a year ago

Traffic at the Ratchaprasong intersection on Bangkok on Dec 23. (Bangkok Post photo)

Sixty-five people died in traffic accidents on Friday, the third of the “seven dangerous days” around the New Year holiday period, in which road accidents tend to increase, authorities said on Saturday.

So far, accidents are down 19% and deaths are 24.5% lower than in the same period a year ago, according to the Department of Disaster Prevention and Mitigation.

A total of 555 road accidents were reported on Friday, with 535 people injured and 65 deaths, the department said. It reported 151 deaths and 1,320 injuries from 1,339 road accidents during the first three days of the holiday, with 40 provinces recording no fatalities. 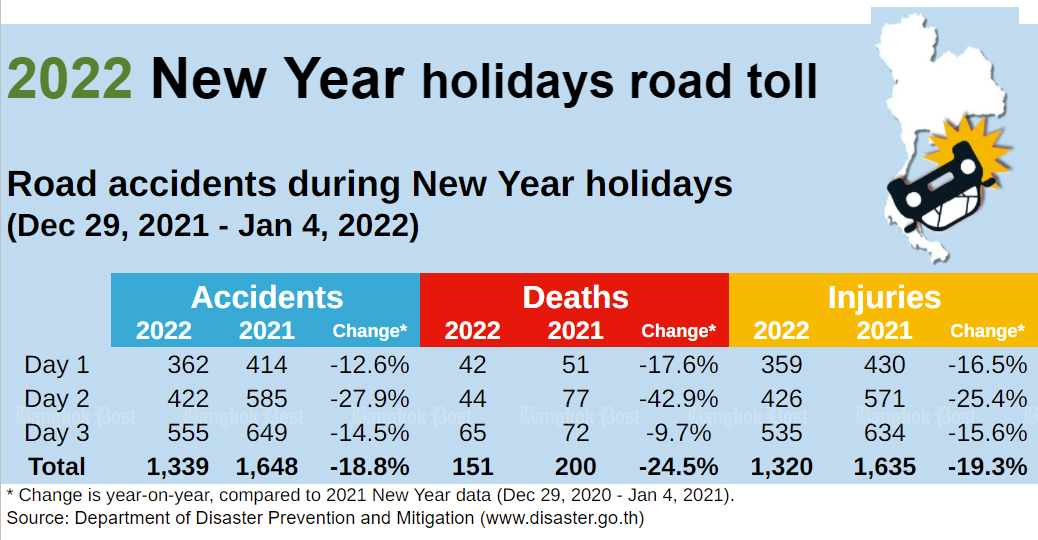 Most accidents occurred from 6pm to 3am, while 18.4% of the casualties were between 30 and 39 years old.

Authorities have set up 1,907 checkpoints, with 66,969 officers deployed nationwide, to ensure motorists comply with traffic rules and regulations.

The northern province of Chiang Mai has reported the highest number of road accidents at 26 and the most injuries with 23 people hurt. Udon Thani had the most deaths at five.