Camping at Khao Sok National Park in Surat Thani is popular with many holidaymakers during the New Year period. (Photo: Supapong Chaolan)

But tourism overall in the southern province known mainly for its islands remains weak, with hotel room occupancy estimated at just 24% over the four-day long weekend.

When the islands that in pre-pandemic times were thronged with foreigners at this time of year are included in the calculation, the TAT estimates 31,740 holidaymakers will generate 276.2 million baht in revenue, said Nanthawan Siripokphat, director of the TAT's Surat Thani office.

Many Thai tourists from Bangkok and other provinces were seen at the Ratchaprapa Dam, also known as the Cheow Lan Dam, in Ban Ta Khun district, on Saturday. Also popular were Khong Phanom and Khao Sok national parks in Phanom district. More than 30 resorts at Khao Sok have been fully booked until Jan 2. Other camping sites also drew many tourists.

Kraisak Phutthasupa, owner of Khao Sok Green Valley Resort in tambon Khlong Sok, said the New Year holiday had helped revive local tourism, which has been struggling for two years because of Covid-19.

Although most visitors are Thais, and not foreigners who were a major source of tourists in Khao Sok before the pandemic, the outlook has improved significantly, said Mr Kraisak, who is also a public relations officer with the Khao Sok Tourism Operators Association. 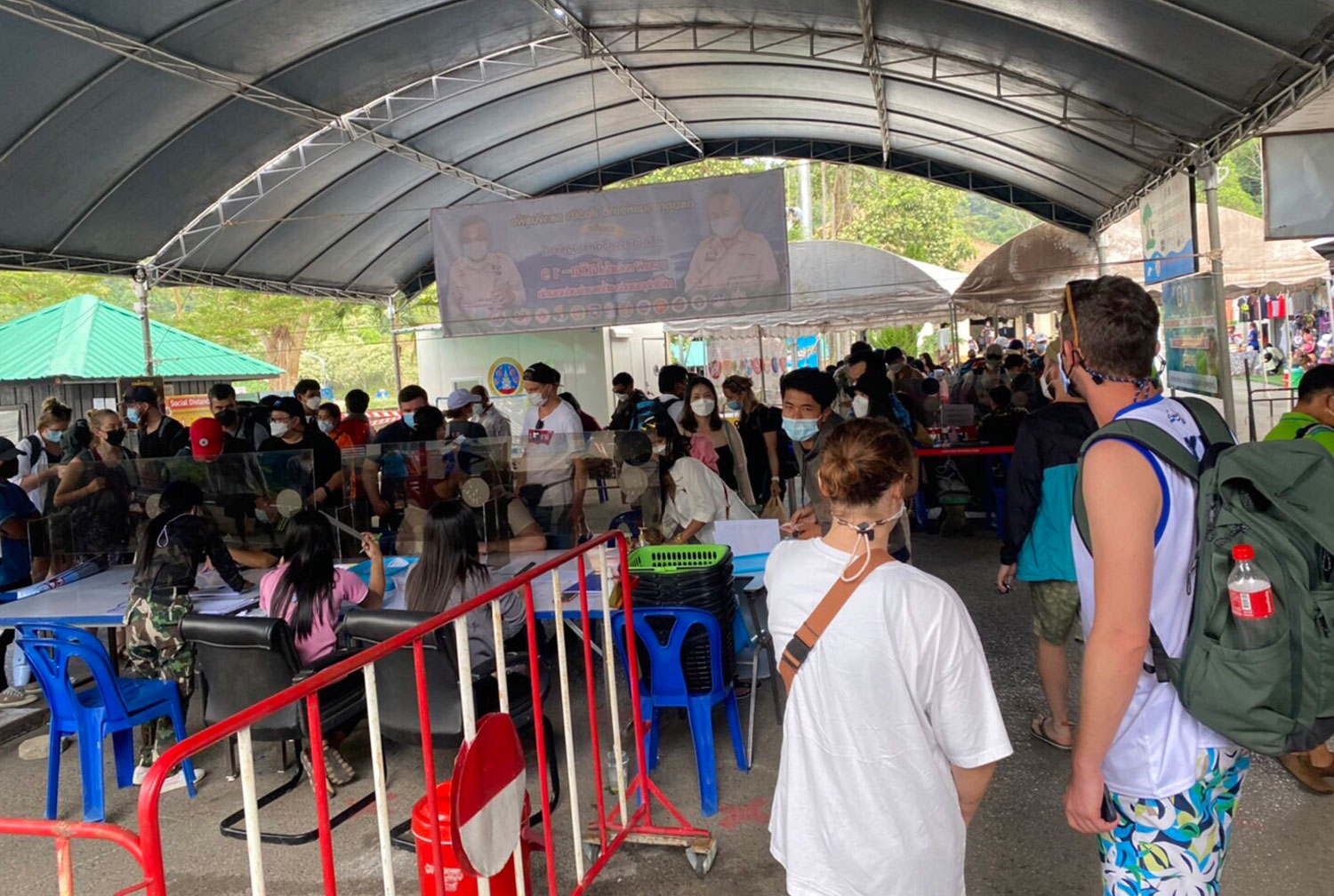 Tourists queue at the Covid screening point at the Ratchaprapa Dam in Surat Thani on Saturday. (Photo: Supapong Chaolan)

13 tonnes of seized drugs to be destroyed on Aug 30