A chance to rebalance priorities

In order to be able to use its position as the host of this year's Asia Pacific Economic Cooperation (Apec) summit to draw more foreign investment into the country, the government must first overcome a series of internal and external challenges, which range from the ongoing pandemic, the continued political crisis and the unrest in Myanmar, observers say.

At the same time, they urged the government to be careful not to take sides in the dispute between the United States and China in the region and to prioritise national interests over everything else.

Anekchai Ruengrattanakorn, an international relations expert with Chulalongkorn University's Faculty of Political Science, said this year's Apec summit will be an opportunity for the government to attract fresh foreign investment.

With over 20,000 participants from across the globe due to attend, he said the event is a chance to assure foreign investors that Thailand is a safe place to invest, even amid a pandemic.

He noted that the question now isn't how well-prepared the government is to hold the summit. Rather, it is if the government will be able to achieve its goals in hosting the summit -- which are facilitating trade and investment, restoring connectivity and promoting prosperity in a sustainable manner.

Mr Anekchai said the government must overcome a number of challenges, both internal and external, in order to achieve these goals. The first internal challenge, he said, concerns pandemic management.

The IR expert said Prime Minister Prayut Chan-o-cha is aware of the importance of successfully hosting the summit amid the pandemic, pointing to his speech on Nov 17 last year, where the premier highlighted the fact that Thailand's budget for pandemic recovery was the second-highest among Apec members, after Chile.

"A lot of money has been spent, but [spending] doesn't guarantee success," Mr Anekchai said, adding Gen Prayut failed to explain how the budget was spent.

"The government needs to review its spending and justify how it would contribute to the efforts to turn Thailand into an investment hub that would attract investors from around the world."

The second internal challenge, he said, is the ongoing political unrest.

Mr Anekchai said the government's actions throughout the crisis have raised doubts about Thailand's ability to act as an international facilitator when the administration continues to violate international norms -- especially on human rights issues.

"Those in power should ask themselves if their actions, which include the violent dispersal of peaceful protesters and arbitrary arrest of government critics, promoted Thailand's image as a proud host, moderator and world-class trade facilitator."

The unrest, Mr Anekchai continued, will also push investors to look for more stable places in Southeast Asia to invest their money.

The expert also noted that the continued crisis in Myanmar could threaten Thailand's chances of successfully hosting the Apec summit.

Myanmar's military offensive against the Karen National Union (KNU), an armed ethnic group that controls the country's southeastern region, has forced thousands of people to seek refuge in Thai territory, which Mr Anekchai said increases the risk of a fresh Covid-19 outbreak along the border.

As Thailand is still struggling to equitably distribute vaccines across the country, irregular migration from Myanmar could prove to be a major factor for a fresh outbreak.

"While the government is pushing to inoculate all foreign migrants in the country, the programme only covers those who migrated legally. Worse still, there are still workers which are eligible to receive a Covid-19 jab, but have yet to register for one," he said.

"An infected person [from Myanmar] who manages to make his or her way to a densely packed community can cause a cluster."

With Apec meetings scheduled to take in-person this year, a new cluster centred around illegal migrants would undoubtedly harm Thailand's chances of becoming an investment hub, he said.

Last but not least, Mr Anekchai said, Thailand must be extremely careful to remain impartial in the conflict between the US and China in the region.

He said from the West's perspective, Thailand is becoming increasingly reliant on China's help, for example, in vaccine procurement and pandemic assistance. As such, there is an urgent need to rebalance Thailand's relationship with both superpowers, the expert said, noting that national interest must be prioritised in the effort.

"In the 'post-Cold War', all actors in the international system are interdependent. The government should realise this and balance it," he added. "We can't trust [US and China] 100%. Therefore, the government should engage in diplomacy, and it should do it wisely." 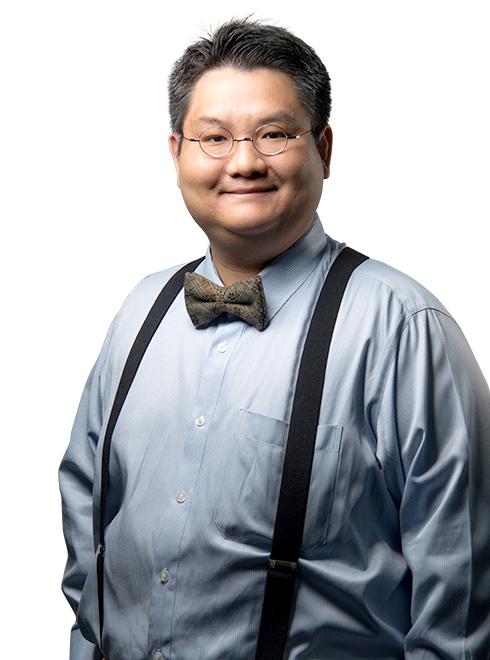 Piti Srisangnam, Director of Academics Affair at Chulalongkorn University's Asean Studies Center, said that Thailand had been preparing for the summit for two years, and many people from various sectors have been invited to ensure the meeting would benefit all stakeholders. He said this year's meeting is crucial, as it will be the first onsite meeting since 2019, when the gathering was cancelled over the host's internal affairs. In 2020, Apec scrapped face-to-face meetings due to the pandemic, so the meetings were held online.

"The meeting should show that Thailand is a safe place to invest for the future. I hope there won't be any obstacles to the summit," he added.

As for the US and China's contest in the region, he said it stemmed from the US need to protect its hegemony as the world's superpower. However, he noted that such efforts aren't likely to succeed.

The trade war with Beijing will only push China to further develop its economy and technology, he said, before adding that many Chinese companies are actually ahead of their US counterparts.

"The only thing that China cannot make are computer chips. However, one day soon China will accomplish it," he added.

The rift between the US and its traditional allies will also undermine Washington's efforts to stay on top of China in the region, Mr Piti said, referring to the diplomatic clash between the US and France over Australia's submarine deal, among other tensions.

"The US lacks continuous engagement with Asean. While [Barack] Obama's Blue Dot initiative has disappeared, Xi Jinping is extending China's railway to near Nong Khai," he said.

"China's relationship with Asean is much more tangible than the US', however, we need to understand that not everything that China gives is for free."

"Thailand should realise that international relations is not about taking sides. If anything, the government should side with the people," he said.