Two Indian tourists who left Chon Buri before their repeat tests showed they were infected with Covid-19 have been found and are being treated at a field hospital in Bangkok. 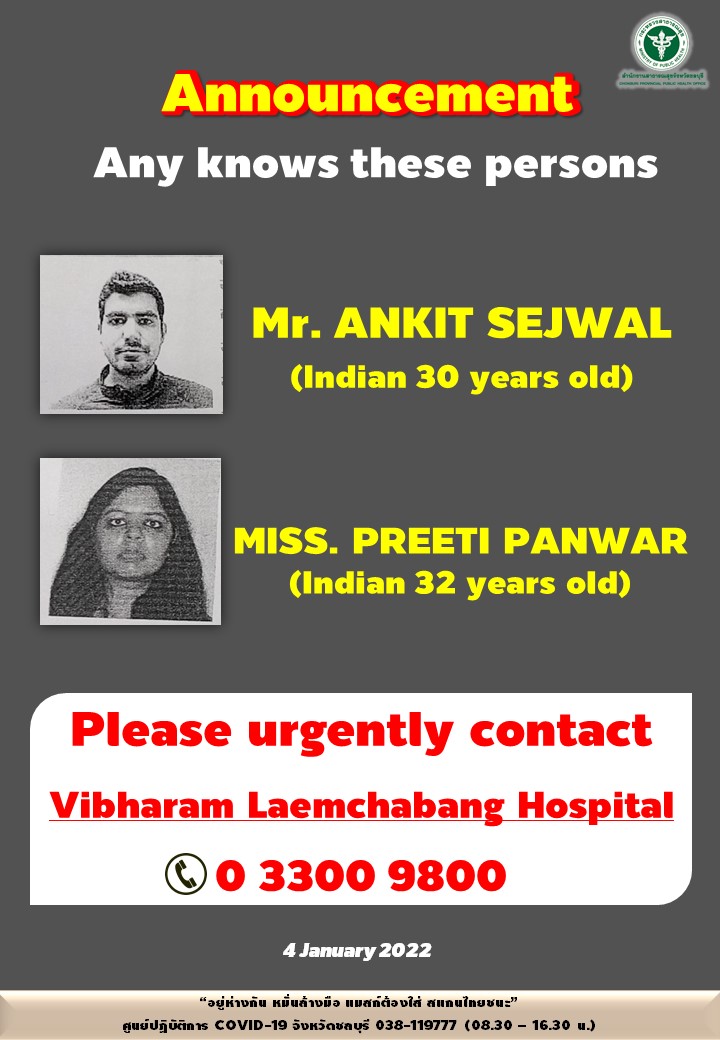 The two tourists are now in a field hospital of Lerdsin Hospital.

The Department of Medical Services said Ankit Sejwal, 30, and Preeti Panwar, 32, were on Tuesday night admitted for treatment at the field hospital of Lerdsin Hospital in Silom area.

The provincial health office of Chon Buri, where 499 new Covid-19 cases were recorded on Tuesday morning, initiated an urgent search for the two tourists.

The two left for the capital before their final test results were known, Dr Apirat said. The  tests returned positive. The Indian embassy in Bangkok was asked to help find them and the search received wide media coverage, including using their photographs.

The Chon Buri public health office said on Tuesday night the two had contacted the office.

Of the 499 new infections logged on Tuesday in Chon Buri, 336 were confirmed in Bang Lamung district, according to information published by the office.

The largest cluster in the province began with five infected navy sailors and has since expanded to more than 1,879 cases, the office said. All eateries serving alcohol in Pattaya are now required to screen all customers, using rapid antigen test kits.