A sign providing information about the construction contract is displayed at the site of a pavement maintenance project in Pattaya. (Photo by Chaiyot Pupattanapong)

PATTAYA: Residents have vented their frustration over damaged and poorly constructed pavements on Pattaya Klang Road in this resort city in Chon Buri.

More than 28 million baht was spent on the pavement maintenance project but it was left unfinished and the construction contract expired in September last year, they say.

Major infrastructure development projects are taking place in Pattaya, which has been positioned as a tourism and investment centre under the government’s Eastern Economic Corridor (EEC) programme.

However, the local people have expressed their disappointment that the pavements on both sides of Pattaya Klang are damaged, uneven and can cause injury to pedestrians, particularly the disabled. Piles of unused concrete slabs and drain covers can be seen lying on the road. 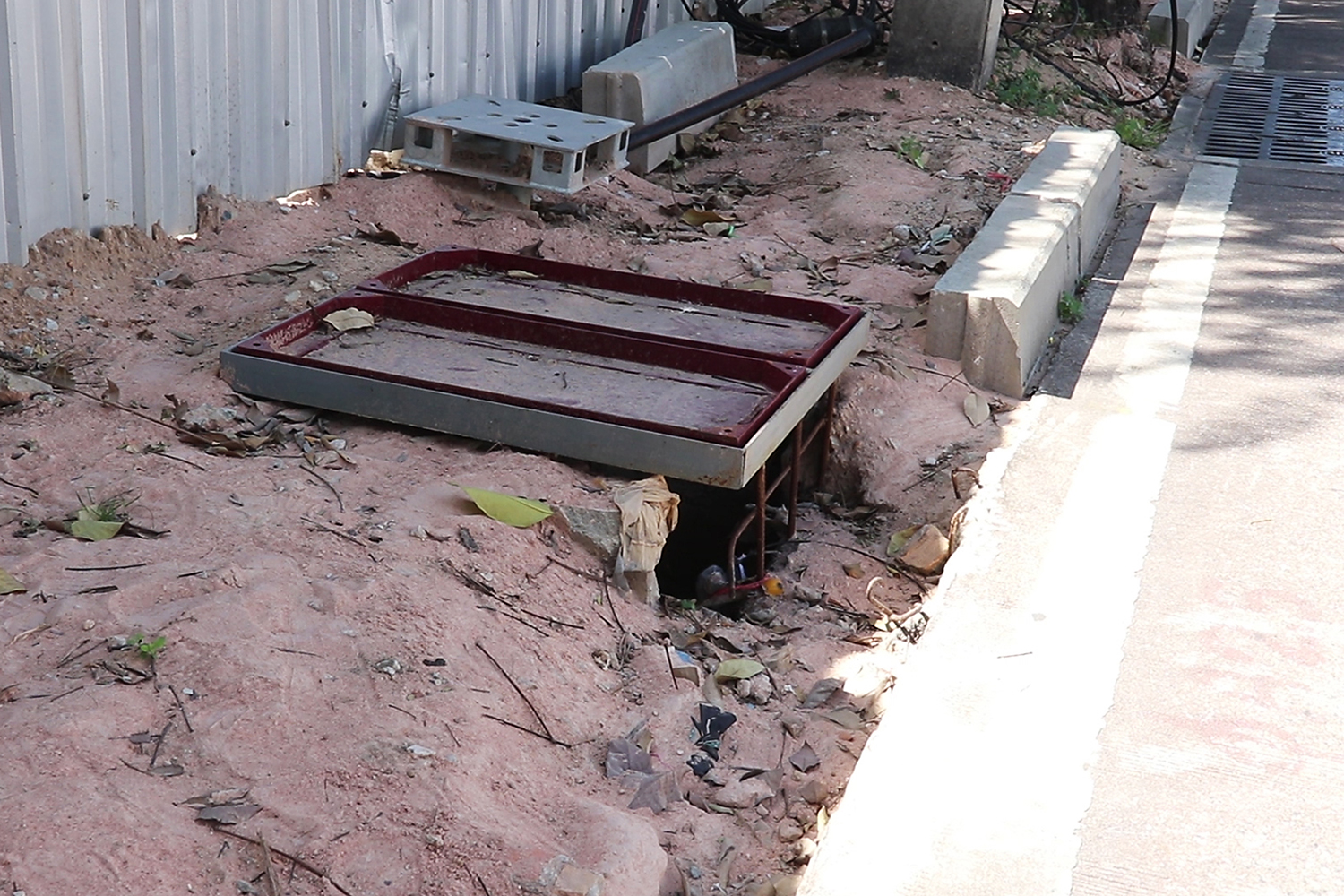 One resident said that Pattaya is a major tourist destination, but the city is taking an unusually long amount of time to complete the project.

Another resident said similar problems had been occurring for many years, with contractors engaged by different agencies digging up the pavements and removing drain covers on a regular basis. When their work is done, the pavements are left in noticeably poorer condition.

The public urged the municipality to quickly address the problem as they are concerned about the image of Pattaya. 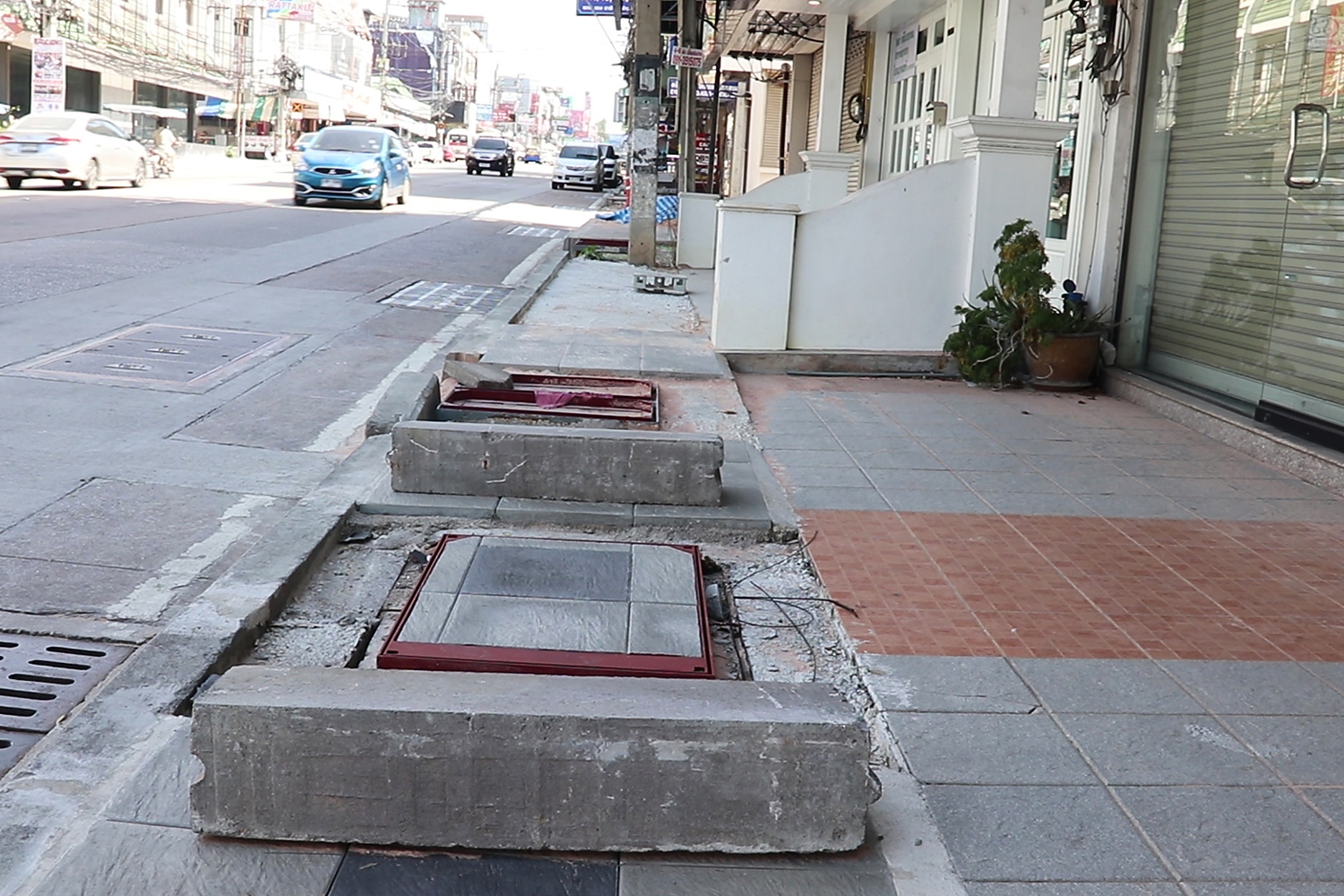 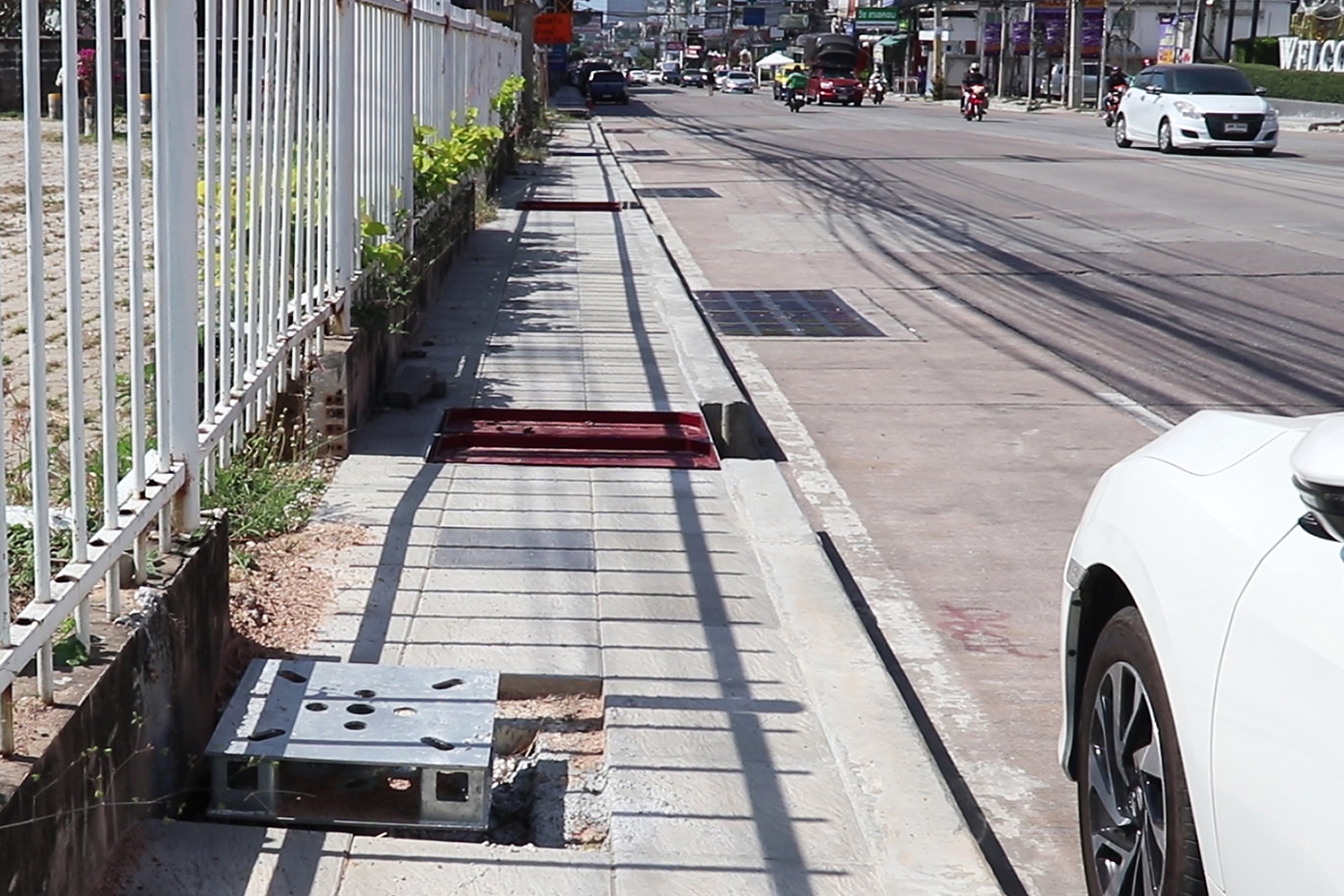