KANCHANABURI: Forty-three people in two groups were arrested after crossing the border illegally from Myanmar into Muang and Sai Yok districts on Saturday, police said.

The army’s Surasee Task Force together with provincial police, acting on a tip from local residents, found 17 men and 13 women crossing the border through a natural channel in tambon Ban Kao of Muang district at 8.30am.

Initial health checks showed none of them had a fever.

According to initial investigation, the 43 people had travelled to Thailand from Dawei, Yangon, Bago and Mawlamyine in Myanmar. They said they had paid between 17,000 and 22,000 baht each to job brokers, who promised them work in Samut Prakan, Samut Sakhon, Kanchanaburi, Ratchaburi and Bangkok.

At least 68,000 illegal border crossers, the vast majority of them from Myanmar, were caught from January to November last year, estimated Adisorn Kerdmongkol, a representative of a migrant labour development network. 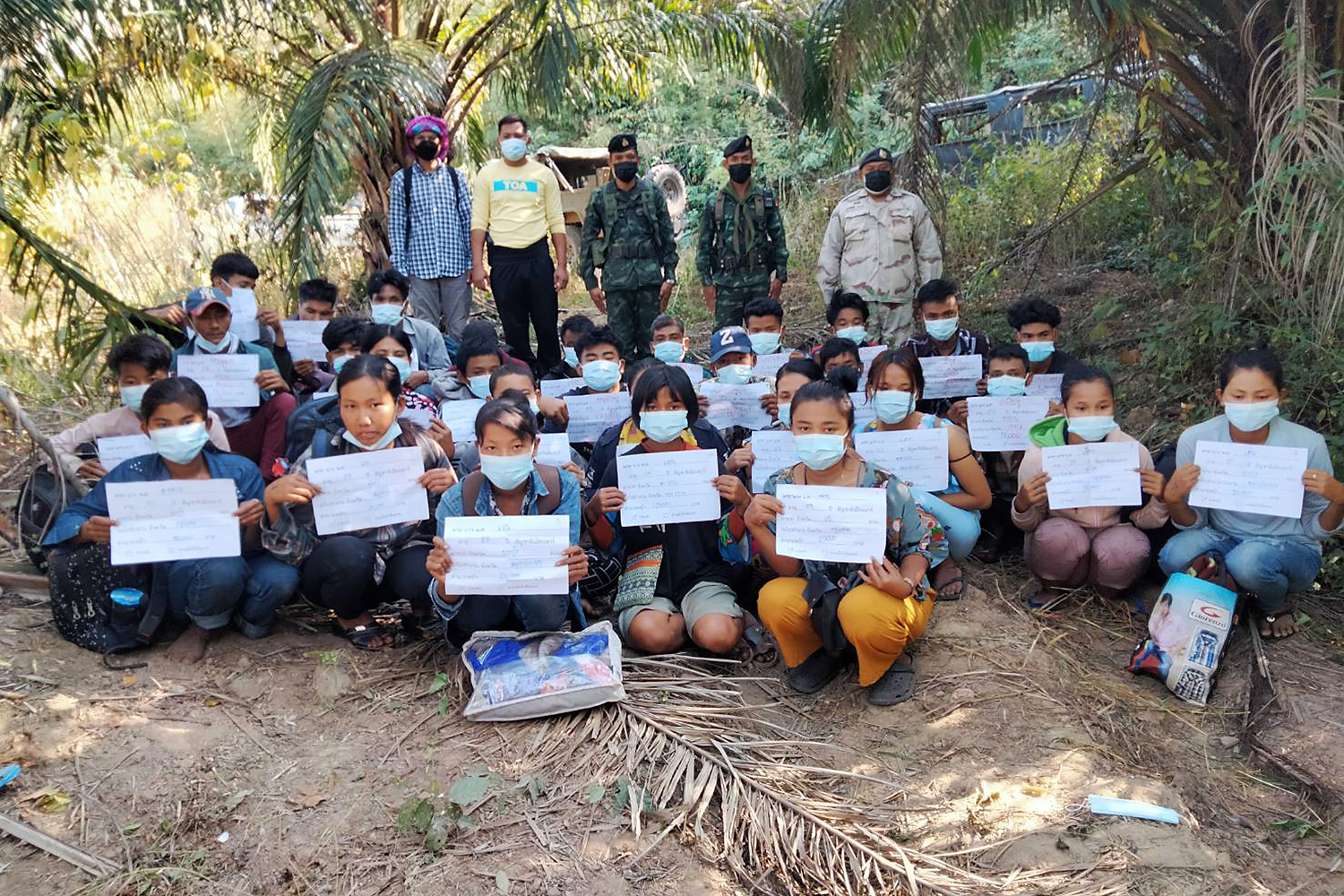