Park rangers show the pelts of two Bengal tigers left behind by illegal hunters near the Pilok stream along the Thai-Myanmar border in Kanchanaburi province. (Photo supplied: Piyarat Chongcharoen)

KANCHANABURI: National park rangers have seized the pelts of two Bengal tigers along with four weapons and other items at a campsite near the Thai-Myanmar border in Thong Pha Phum district.

Five suspects managed to flee, leaving meat from the tigers on a grill.

Niphon Chamnongsirisak, director of the Protected Area Regional Office 3 (Ban Pong), on Wednesday disclosed the hunting and killing of the wild animals in the compound of the Thong Pha Phum national park.

A team of 10 park rangers led by Wanchai Soonkham had been deployed to conduct a patrol in Thong Pha Phum national park from Jan 8-10 to prevent forestry violations following a tip-off that a hunt for wild animals along the border had been planned.

At around 10am on Jan 9, the patrol saw black smoke billowing from an area near Pilok brook in tambon Pilok of Thong Pha Phum district, about 3-4 kilometres away from the Thai-Myanmar border.

When rangers arrived in the area, they found five people at a camp erected next to the brook. As they moved in to arrest them, dogs believed to belong to the hunters started barking.

On seeing the patrol unit, they sprang up and fled. The officials gave chase, but failed to catch the suspects, who appeared to know the tracks to follow in the area, said Mr Niphon. 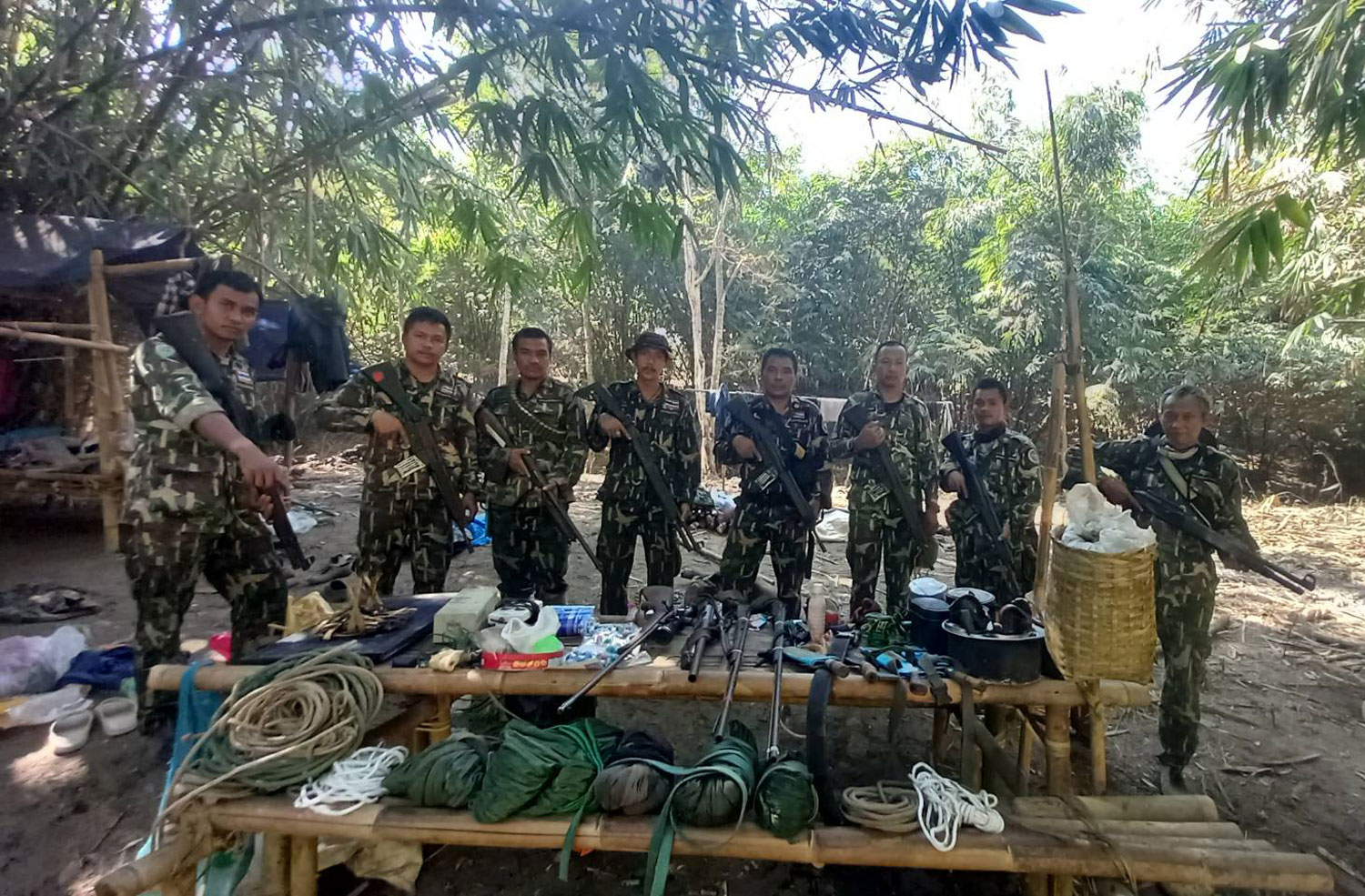 Weapons and other items seized from the illegal hunters' camp along the Thai-Myanmar border. (Photo supplied: Piyarat Chongcharoen)

When they inspected the camp, the patrol members were aghast to find the meat of two Bengal tigers being grilled at the site. Nearby the tigers' pelts were being dried. The officials also found four weapons and 29 other items at the site.

A cow carcass, believed to have been used as bait to lure the big cats, was found tied to a nearby bamboo tree.

On Jan 11, while Chuchart Suadmon and other park officials were inspecting the seized items, Mr Chuchart received a phone call from a man identifying himself as Mr Pom Thongphaprawat. Mr Pom asked for the return of a shotgun, saying it belonged to a defence volunteer by the name of Mr Boonthin Chankhet.

Mr Niphon, the regional official who disclosed the illegal hunt, said police would seek the whereabouts of both individuals.

On Wednesday, park officials presented evidence to officers at Pilok police station, asking them to track down all those involved in the attack on protected wildlife. 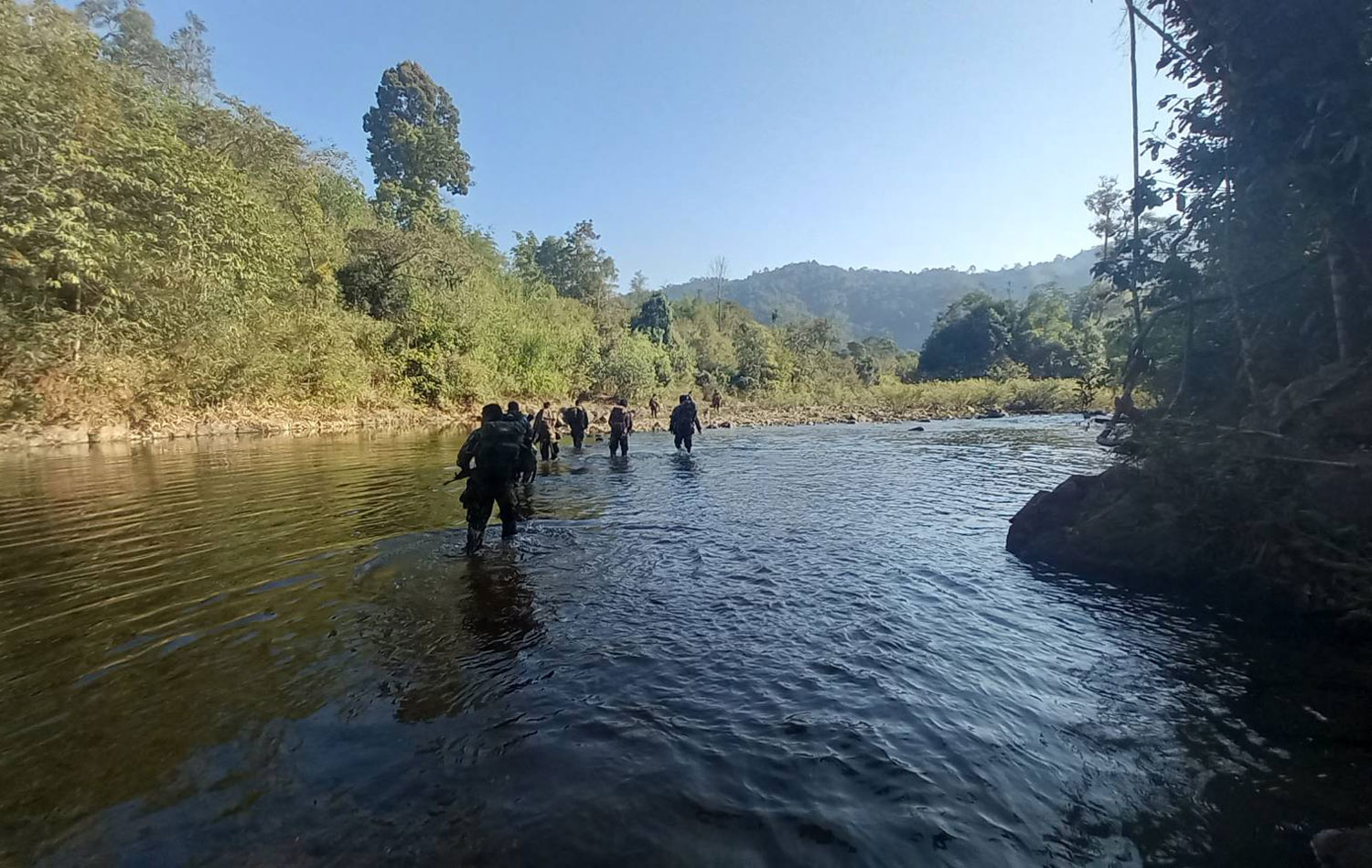