The price of pork price should fall back into the normal range in about eight months to a year, according to the Department of Livestock Development (DLD) director-general.

Sorravis Thaneto on Friday briefed media on current efforts to bring the price under control as well as the details of a private meeting held with Prime Minister Prayut Chan-o-cha earlier in the day on the matter.

Gen Prayut had ordered a survey into the exact number of pigs being raised for slaughter in Thailand which the Interior Ministry will oversee, said Mr Sorawit.

Deputy Prime Minister and Energy Minister Supattanapong Punmeechaow, meanwhile, said he is in favour of lowering the tax rate on animal feed to help rein in the soaring price of the product.

He had held an adjacent meeting with senior officials of the Finance Ministry, the Energy Ministry, the Bank of Thailand (BoT) and the Office of the National Economic and Social Development Council (NESDC). 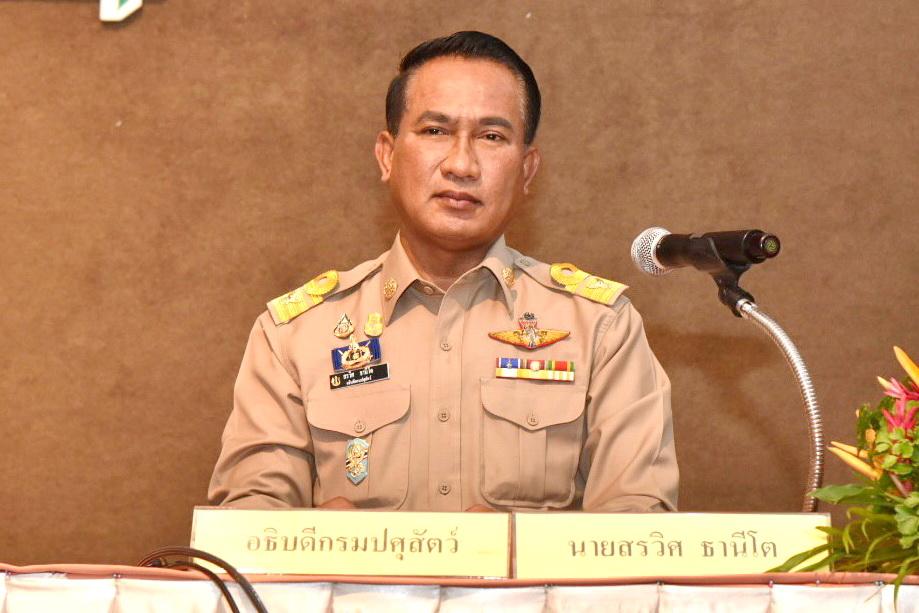 "If a tax reduction on animal feed does not put an added burden on the government, we will consider it," the deputy prime minister said.

As for the DLD chief, despite the calls for him to step down over an alleged cover-up of information relating to the domestic prevalence of African swine fever (ASF) in the country in recent years, he said his success in leading the containment of previous livestock outbreaks such as lumpy skin disease in horses should speak for itself.

Meanwhile, Agriculture and Cooperatives Minister Chalermchai Sri-on insisted that "The DLD has not covered up any information about ASF in Thailand".

As part of the department's prevention measures, he said a total of 112,752 pigs owned by 3,239 farmers had been culled previously, while a total of 470.42 million baht had been paid in three rounds of compensation to affected farmers.

The cabinet has approved a request by the DLD for a further 574.11 million baht in compensation to be paid to another 4,941 swine farmers whose 159,453 pigs have been culled as part of the latest round of precautions, he said.