Navy officers total up packages of smuggled marijuana seized in Nakhon Phanom on Monday. About 10 tonnes of marijuana have been intercepted along the northeastern border already this year. (Photo: Pattanapong Sripiachai)

NAKHON PHANOM: The Mekong Riverine Unit will step up anti-incursion patrols to curb an influx of illicit drugs being smuggled through the northeastern border, with about 10 tonnes of marijuana already intercepted this year.

R/Adm Sombat Juthanom, commander of the Mekong Riverine Unit, on Tuesday expressed concern over the amount of methamphetamine, marijuana and heroin being smuggled into Thailand through northeastern border provinces.

He said tighter measures were being implemented to halt the influx.

Smugglers had switched to bringing in drugs, particularly marijuana, in small amounts, he said. They often used long-tailed boats to bring the drugs across the Mekong River.

These boats would carry 200-300 kilogrammes of marijuana, which would be dropped off at different points along the river bank.

R/Adm Sombat said authorities would keep an especially close watch because smugglers might seize on legal loopholes to bring in marijuana after cannabis was taken off the narcotics list. Its recreational use was still illegal.

On Monday, a navy patrol seized 448 kilogrammes of marijuana from the bank of the Mekong River in Nakhon Phanom.

The seized drugs were worth about 10 million baht, the Mekong Riverine Unit commander told reporters.

Since the start of the year, about 10 tonnes of marijuana had already been seized in the Northeast, two tonnes of it in Nakhon Phanom, R/Adm Sombat said. 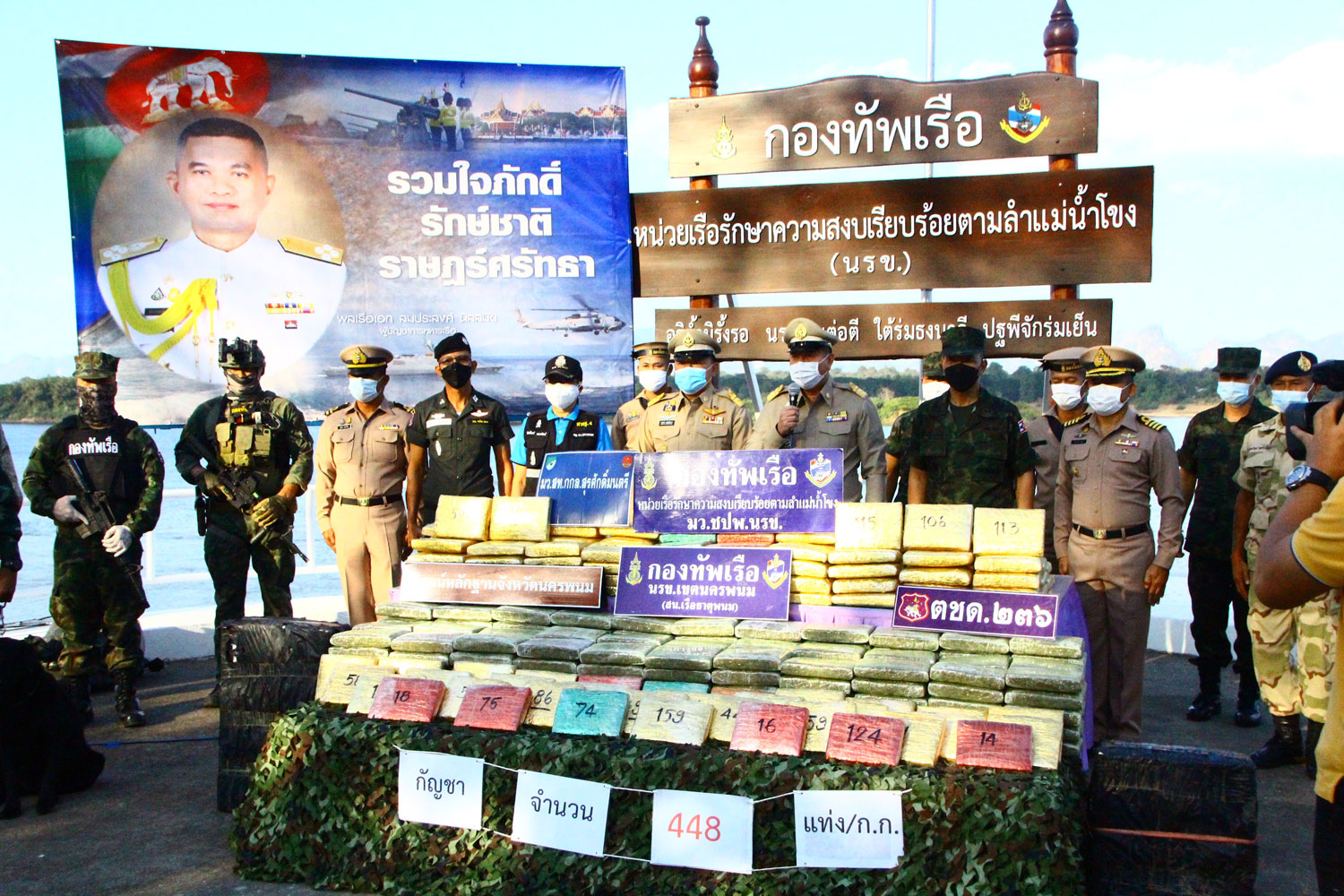 Packages containing a total of 448 kilogrammes of smuggled marijuana displayed during a media briefing in Nakhon Phanom. (Photo: Pattanapong Sripiachai)