The auction was held from Jan 12 to 17 via the NFT1 Market, a Thailand-based marketplace for digital art and NFTs.

According to the co-founder of the now disbanded Future Forward Party, the first painting titled "When she opens the door" was inspired by Polish painter Damian Lechoszest. It is a painting of 23-year-old student activist Benja Apan opening a door and holding a lantern to chase the darkness away.

On Jan 14, the Criminal Court approved bail for the temporary release of the Thammasat University student charged with royal insult, so that she can continue her studies. 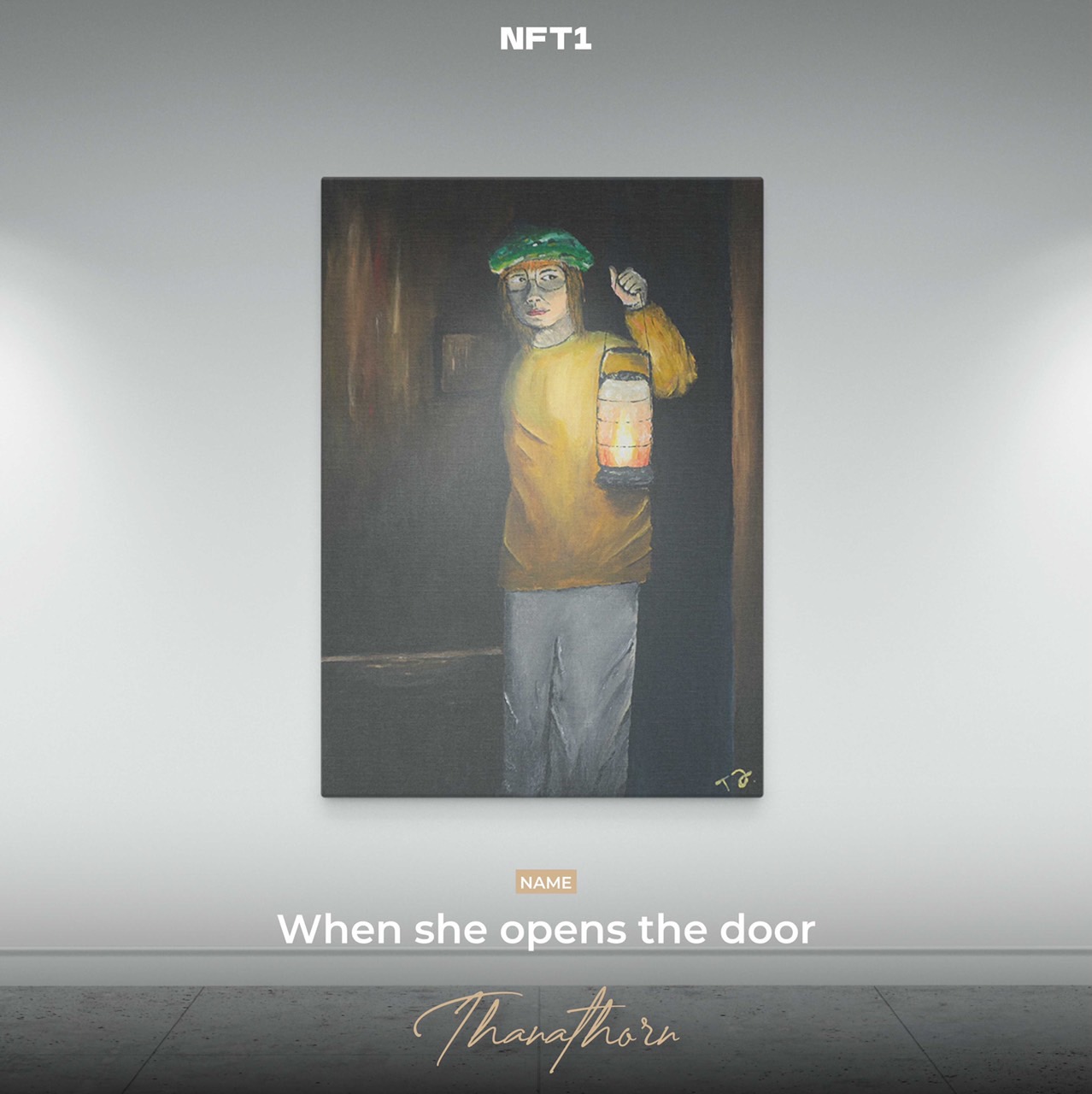 "When she opens the door"

The second painting, "Silence", is a picture of natural scenery under a cloudy sky without interference from technology. It was sold to a bidder who went by the name "4c6961" for 9.996 BNB, or 157,000 baht, which went to the Progress Movement Foundation. 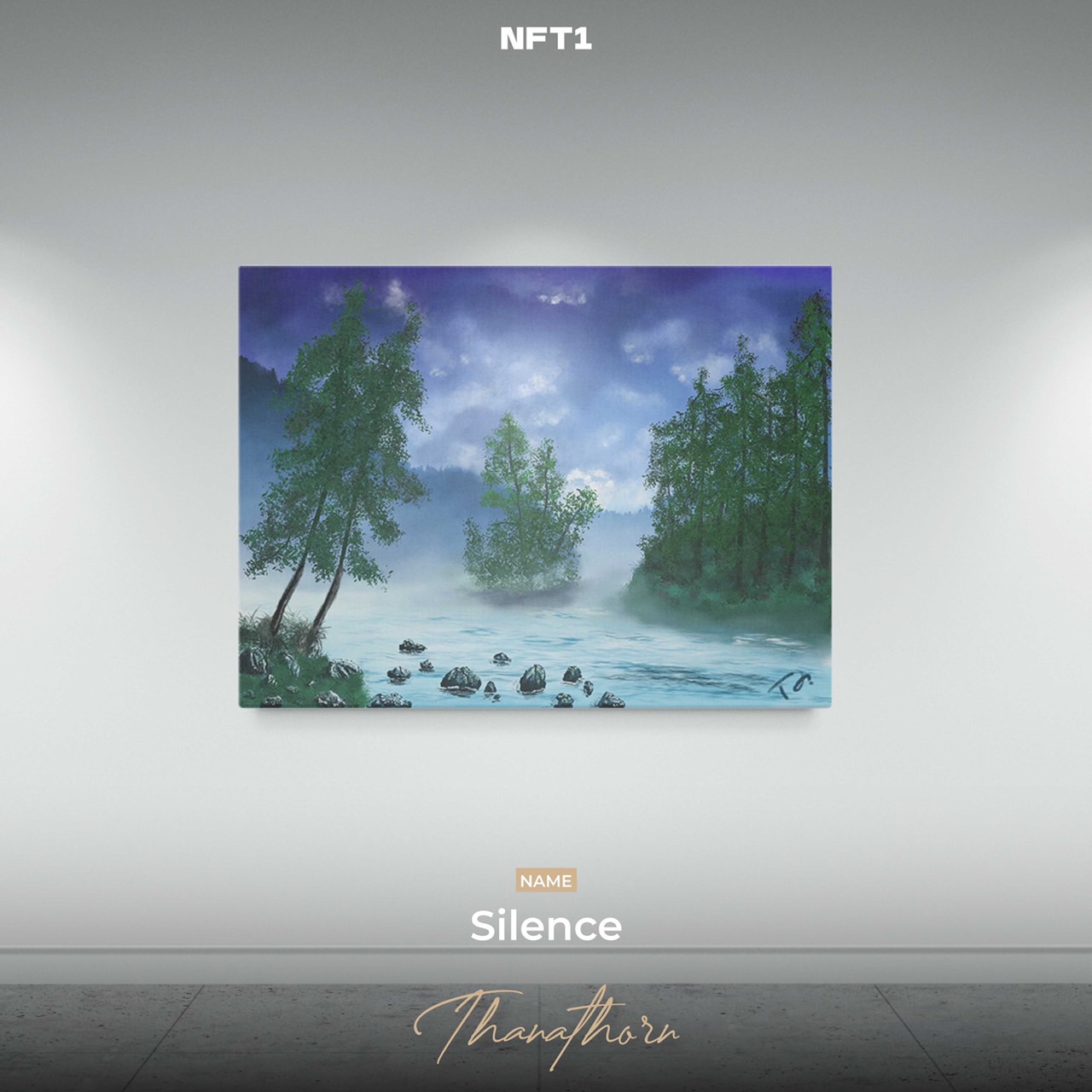 "The sky is angry, so is the traveller" is the third painting by Mr Thanathorn in September 2020. It shows a lone traveller standing below towering mountains amid fluctuating and unpredictable weather conditions, which refered to the country's political situation at the time.

A buyer who went by the name "sherlock" placed the winning bid of 1,018.98 Matic coins, or 75,000 baht, with the proceeds given to the Internet Law Reform Dialogue (iLaw), a Thai human rights non-governmental organisation. 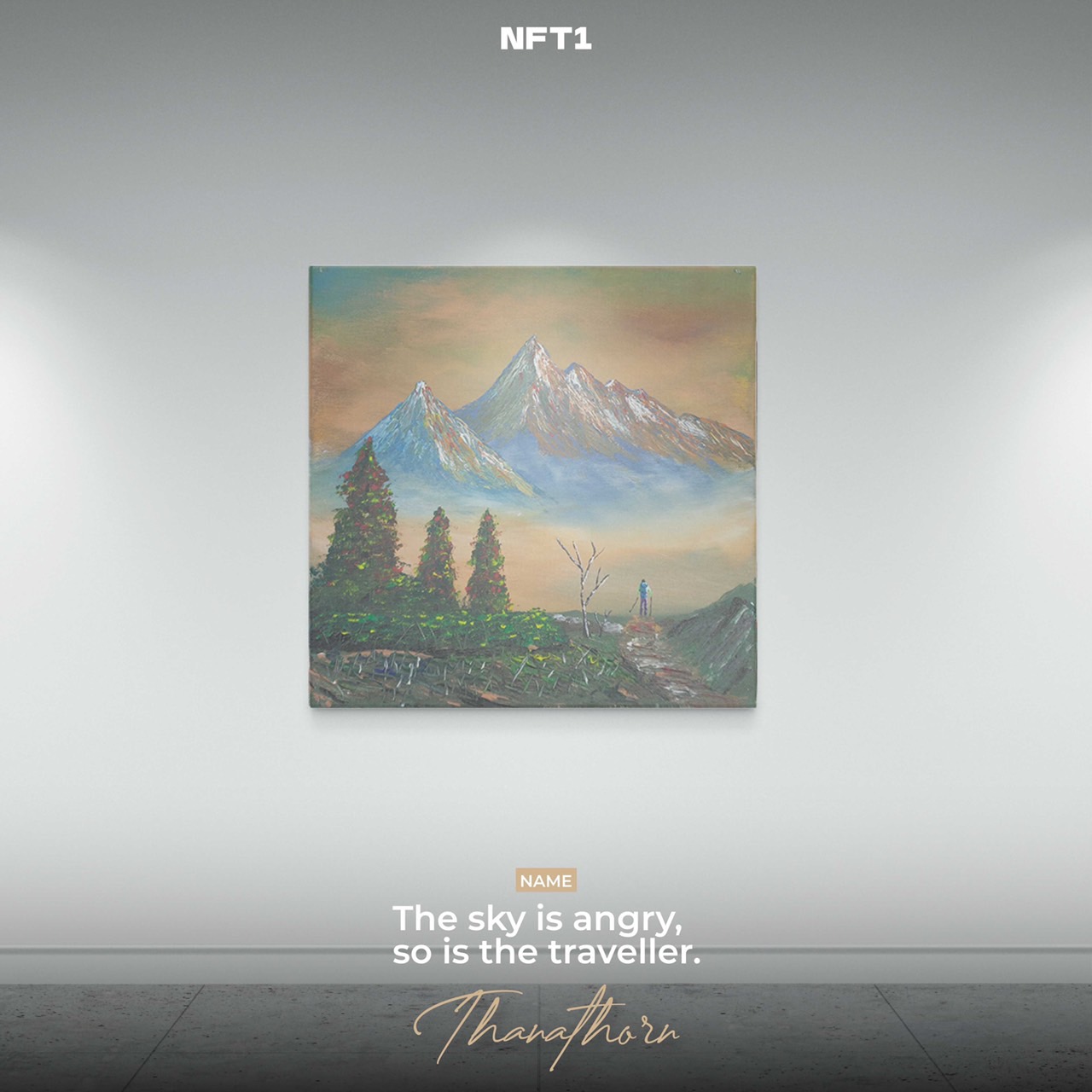 "The sky is angry, so is the traveller"