There were 12 more Covid-19 fatalities and 7,122 new cases registered during the previous 24 hours, the Public Health Ministry reported on Wednesday morning.

This compared with the 18 coronavirus-related fatalities and 6,397 new cases reported on Tuesday morning.

Apisamai Srirangson, a spokeswoman for the Centre for Covid-19 Situation Administration, said in the afternoon briefing that the 12 latest fatalities were between 32 and 94 years old. Seven of the 12 were unvaccinated and three were inadequately vaccinated. One was bed-ridden.

The North had two fatalities - in Tak and Phitsanulok.

There were 6,935 new cases in the general population, 15 among prison inmates and 172 imported cases.

Of the local Covid-19 infections, 6,846 were confirmed at hospitals and 89 via mass testing. 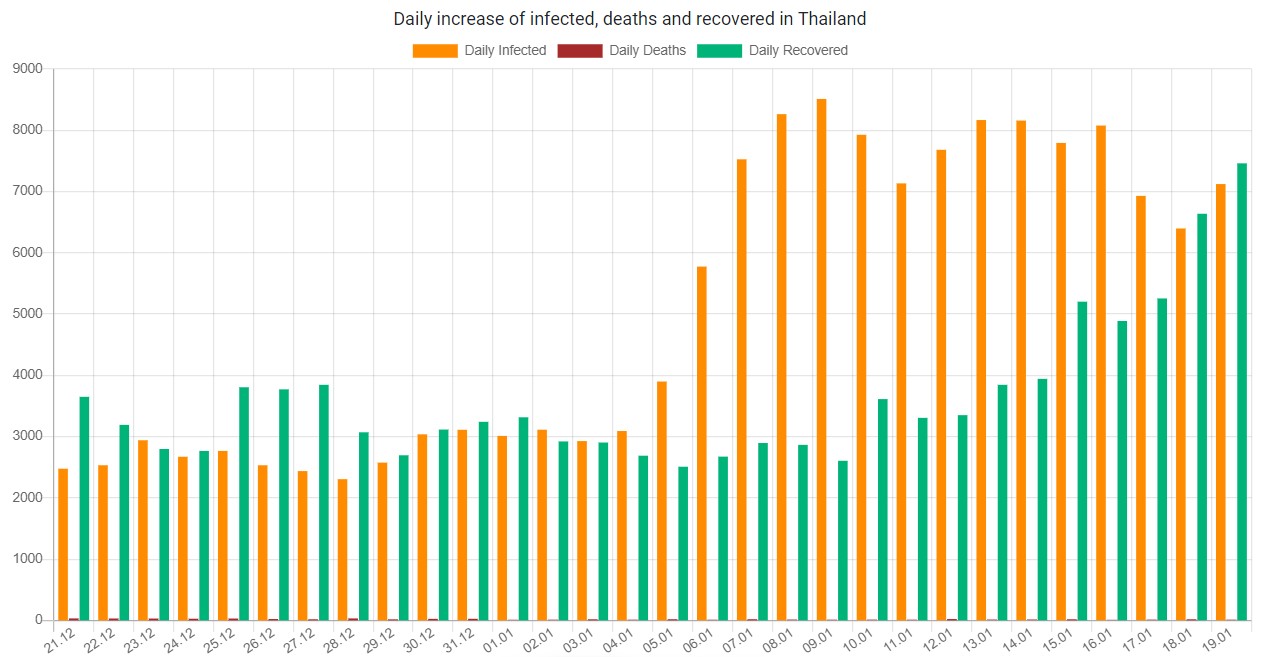 Dr Apisamai said local infections have been higher since the New Year, in line with global caseloads, "but it is a relief that the number of fatalities is not increasing”.

Since the New Year holiday, most Covid-19 clusters had occurred at eateries and entertainment venues reopened as eateries, she said.

The 24-hour period also saw 7,460 Covid-19 patients discharged from hospitals after recovering from the coronavirus.

The death toll stood at 21,968 since the beginning of the pandemic, including 270 so far this year.