A soldier speaks into a microphone, using a loudhailer and calling on the two militants to surrender, outside the siege-house in Sai Buri district of Pattani on Thursday morning. (Capture from video on Smiledantai Facebook page)

Two militants were killed and one ranger wounded as a three-hour siege of a house ended in an explosion of gunfire in Sai Buri district, Pattani, on Thursday morning.

A 50-strong government force surrounded a two-storey house in tambon Laharn of Sai Buri district about 6.30am, acting on reports two wanted men were hiding there.

Col Thaweeporn Khanathong, commander of the 43rd ranger special task force, led the operation. He asked those inside the house to come out. The house owner and his family quickly ran out.

They said two men were still hiding inside the house. Both were armed with military  weapons.

The rangers used a loudspeaker to try and persuade the two men to surrender. Local leaders also called on them to lay down their arms

As a religious leader was addressing them around 10 am, the two men suddenly leapt out of a window and opened fire at the soldiers, trying to make their escape. The rangers fired back at them.

When the gunfire died down the two men lay dead on the ground, their AK rifles near their bodies and spent cartridges scattered around them. One ranger had a minor wound.

One of the dead suspects was identified as Marwan Meetho, who was wanted on three arrest warrants for three attacks in Sai Buri district – during a government search in tambon Torbon on July 5 last year, the bombing of a pickup truck in tambon Tabing on Sept 22, 2017 that killed four rangers, and the fatal shooting of a man in tambon Manangdalam on April 5, 2016.

Col Thawee said they had first tried a soft approach, focusing on negotiations and bringing in village and Islamic leaders to persuade the two men to surrender. However, that failed and  the suspects opened fire.

Authorities were looking into the records of the two slain suspects. 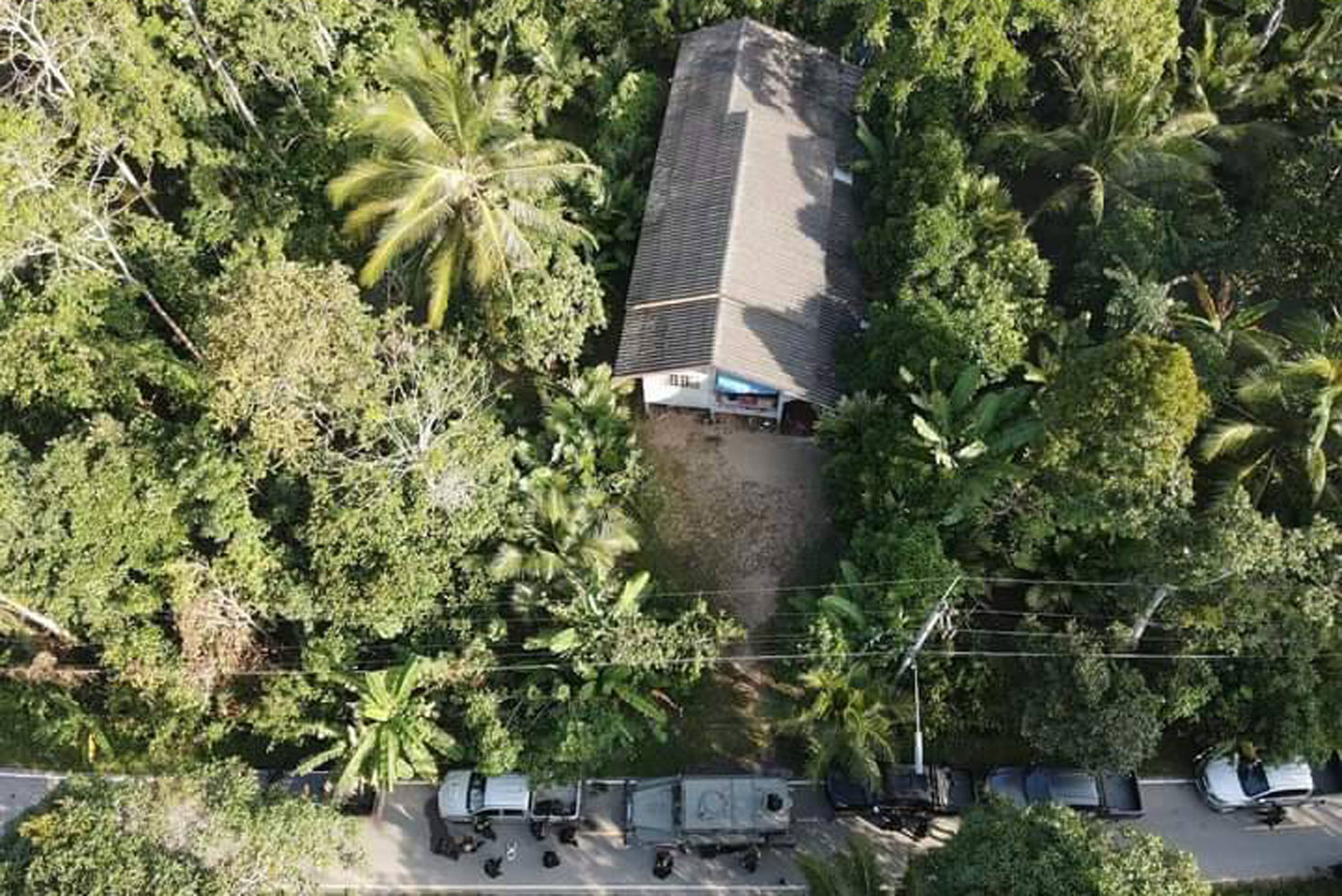