This stone pestle and mortar was among items pledged at a pawnshop run by the Khon Kaen Municipality in Khon Kaen province.(Photo: Chakrapan Natari)

KHON KAEN: Khon Kaen Municipality has set aside about 200 million baht in reserves for its two pawnshops, for loans to people bringing in goods ranging from gold jewellery to a pestle and mortar to raise needed cash amid rising costs during the Covid-19 pandemic.

Municipal mayor Theerasak Theetkhayuphan said on Thursday that low-income earners made use of the services at the two pawnshops every day.

However, the number was down on last month, probably due to fluctuations in the price of gold, he said. People were opting sell gold, rather than pledging it against a loan.

Mr Theerasak was speaking during an inspection of the pawnshop at Khum Nongkhu community.

A total of 9,156 people used the services at the two pawnshops this month, with 187.79 million baht provided against pledged goods. One pawnshop had 5,585 customers and loaned about 123 milllion baht  and the other 3,771 customers with advances of 64.79 million baht.

People pledged electrical appliances, hand tools or gold jewellery, or even cooking utensils such as a pestle and mortar or noodle soup pots, which were each good for a cash advance of 200 baht, Mr Theerasak said.

“Our pawnshops focus on making services accessible to all, and on understanding.

"Even if the items that people want to pledge are assessed at only 100 baht we will approve  it, as long as the items do not breach regulations. Although it is only a small amount of money, it can help alleviate hardship for people who are in need," the mayor said. (continues below) 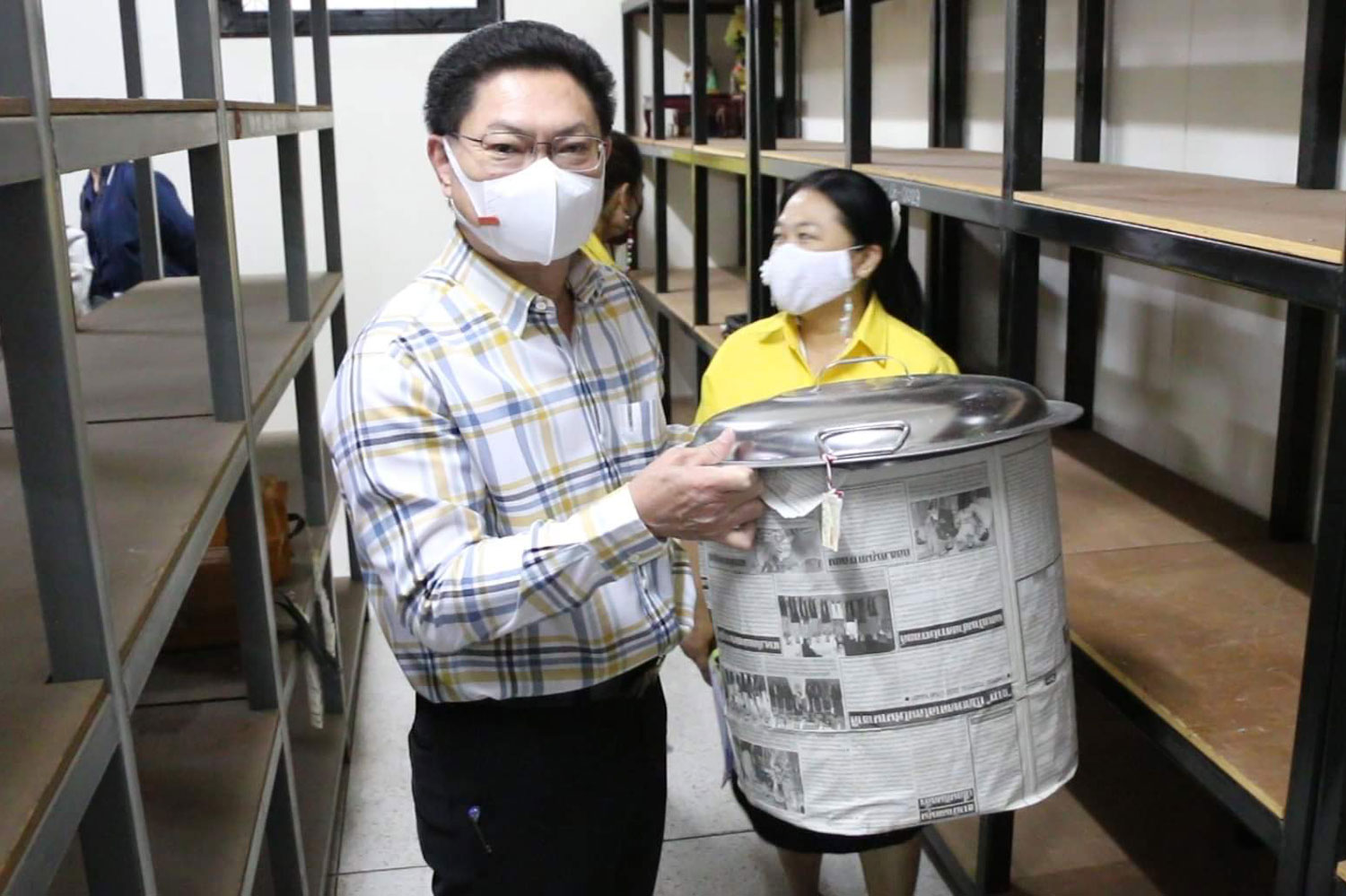 Khon Kaen Municipal mayor Theerasak Theetkhayuphan with a noodle soup pot that a customer pledged for a cash loan at a municipality-run pawnshop. (Photo: Chakrapan Natanri)

He said the municipality had set aside almost 200 million baht in reserves for the two pawnshops. This was adequate to provide services for people hit by Covid-19 and by the high cost of living.

It would also cover cash loans for the Songkran festival and the new school term in May, he said.

The municipality's pawnshops provided loans up to 5,000 baht interest-free for the first two months from Dec 1 to Jan 31 this year. For the following months, the rate was 0.25% a month. On loans exceeding 5,000 baht, the interest rate would be 1% a month. 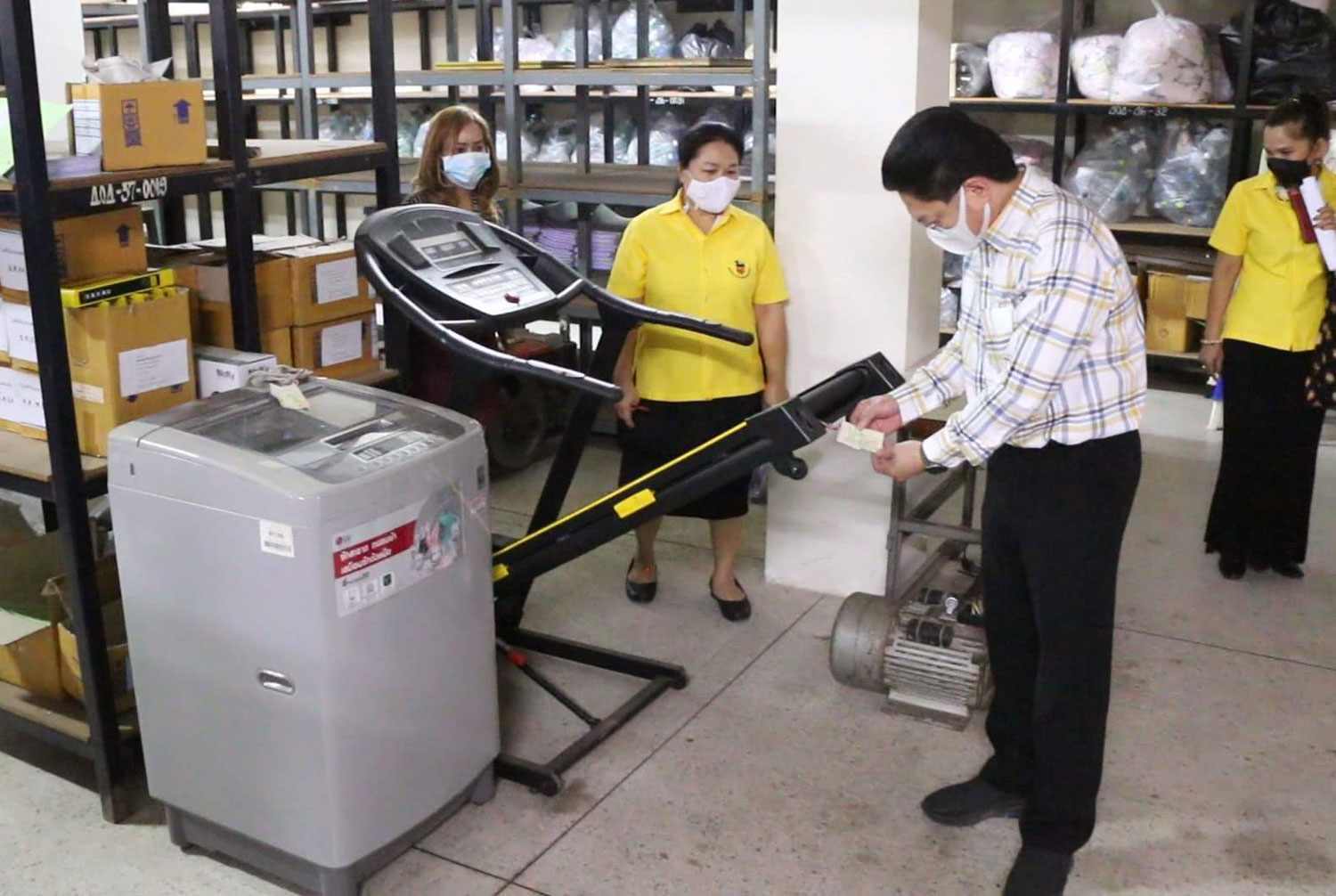 The mayor views some of the goods pledged against cash advances at the municipal  pawnshop at Khum Nongkhu community in Muang district, Khon Kaen province on Thursday. (Photo: Chakrapan Natanri)