This compared with 8,640 new cases and 13 coronavirus-related fatalities reported on Friday morning.

The 19 latest fatalities were between the ages of 44 and 88 years with the average age of 75. They were nine men and 10 women. By nationality, there were 18 Thais and one Spanish national.

There were 7,935 cases in the kingdom and 177 cases imported from other countries.

The 177 imported cases were from 37 countries: 32 from Russia, 29 from Uzbekistan, 15 from India, 11 from Sweden, 7 each from the United Arab Emirates, the United States and Australia, and the remaining cases from the 30 countries.

The Northeast logged three new fatalities – two in Ubon Ratchathani and one in Nakon Ratchasima.

The North had eight new deaths – three in Phitsanulok, two in Phetchabun and one each in Chiang Mai, Chiang Rai and Uthai Thani.

In the South, one new death was reported in Satun.

Other central plain provinces farther from the capital saw four fatalities – one each in Phetchaburi, Kanchanaburi, Prachuap Khiri Khan and Rayong.

The Centre for Covid-19 Situation Administration (CCSA) said on Saturday afternoon that vaccinations continued to progress, with 111.88 million doses administered as of Friday. 74.8% of the population have now received at one dose of the vaccine, 69.1% have received two shots and 17.0% a booster dose.

The 24-hour period also saw 7,582 Covid-19 patients discharged from hospitals after recovering from the coronavirus.

The accumulated death toll stood at 22,019 since the beginning of the pandemic. 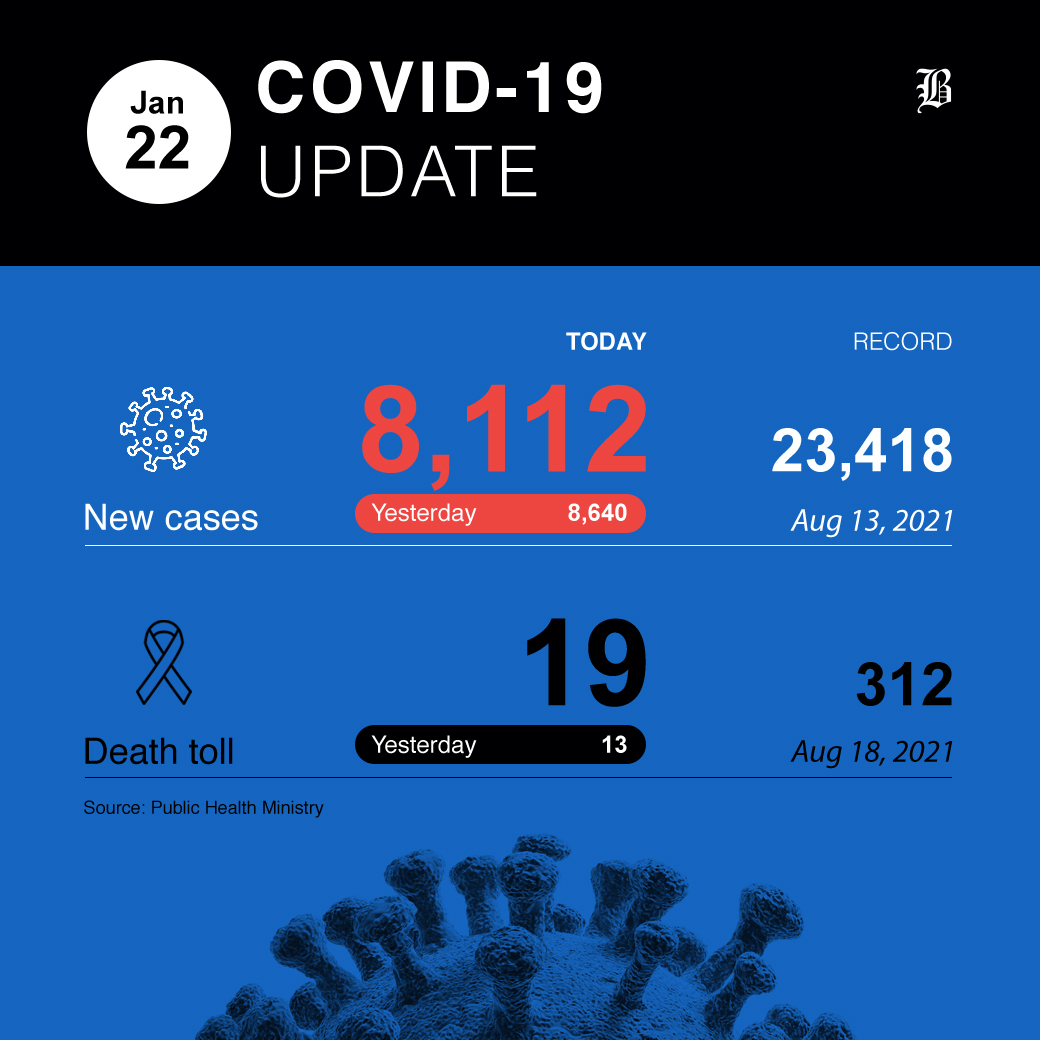