PHUKET: A green sea turtle laid 125 eggs on a beach on this southern island for the first time this year late Friday night.

After laying the eggs, the reptile filled up the hole where she had placed them and then returned to the sea, said the mayor, who observed the event with officials from the Department of Marine and Coastal Resources.

Shortly afterward, the turtle returned to shore again. Officials measured the turtle, which was 1.2 metres long and 75cm wide and weighed about 100 kilogrammes.

On Saturday morning, officials examined the nest and found a total of 125 fertine eggs, said the mayor. All of the eggs were moved to a research centre.

It was the first time this year that a sea turtle had been found laying eggs on the beach in Phuket. Last year there were two such sightings at Laem Pai in tambon Rawei, with about 100 eggs each. However, not all of the eggs were fertile, said Mr Arun.

Sightings of nesting sea turtles of various species have become more frequent in Phuket since the coronavirus pandemic began and tourism came to a standstill.

Biologists say the absence of tourists, noise and light pollution has been a big factor in the revival.

One study showed that between October 2020 and February 2021, 18 nests of leatherback turtles — which can grow up to 400kg and are the largest species of sea turtle — were found in Phuket. The number was believed to be the highest in 20 years. 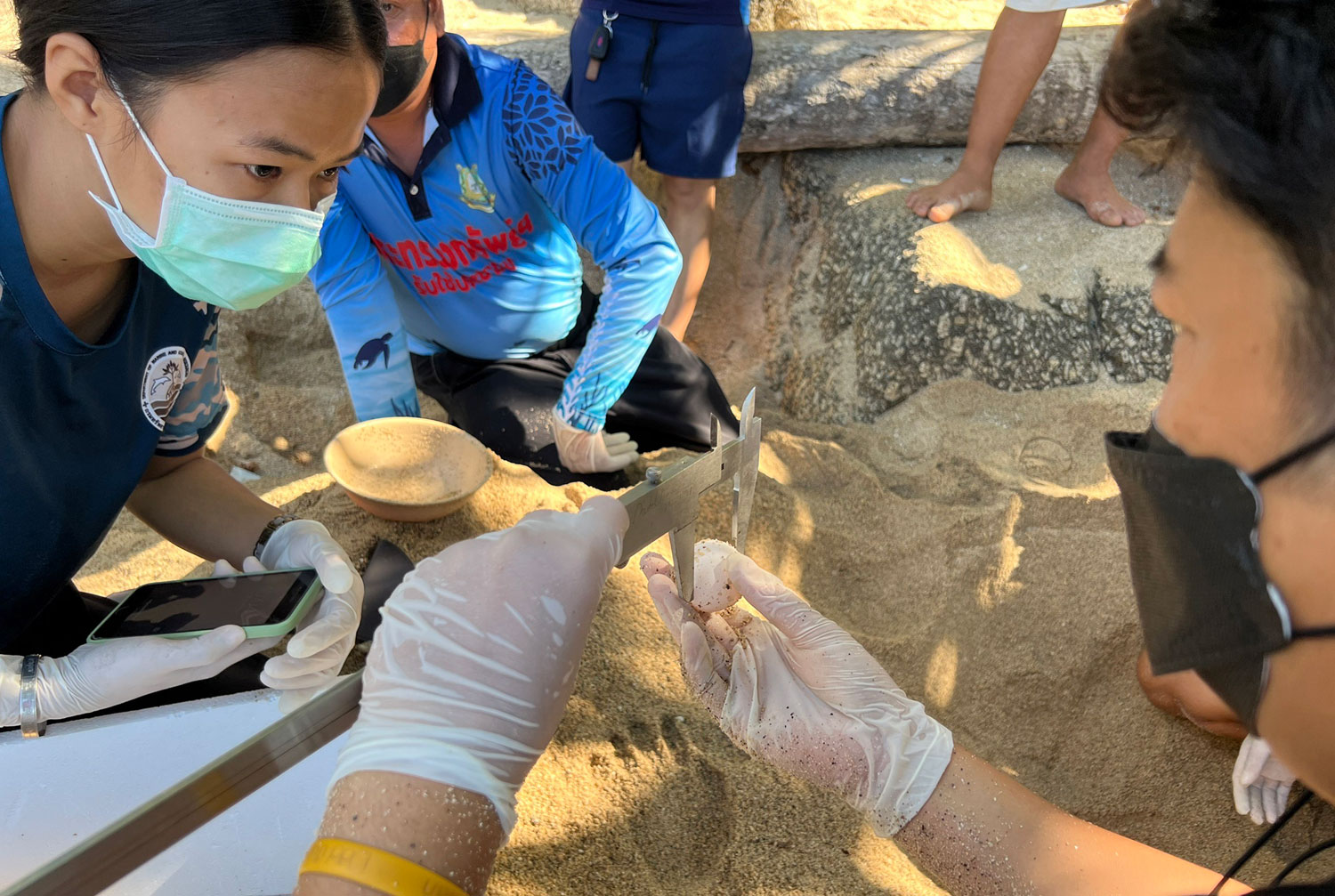 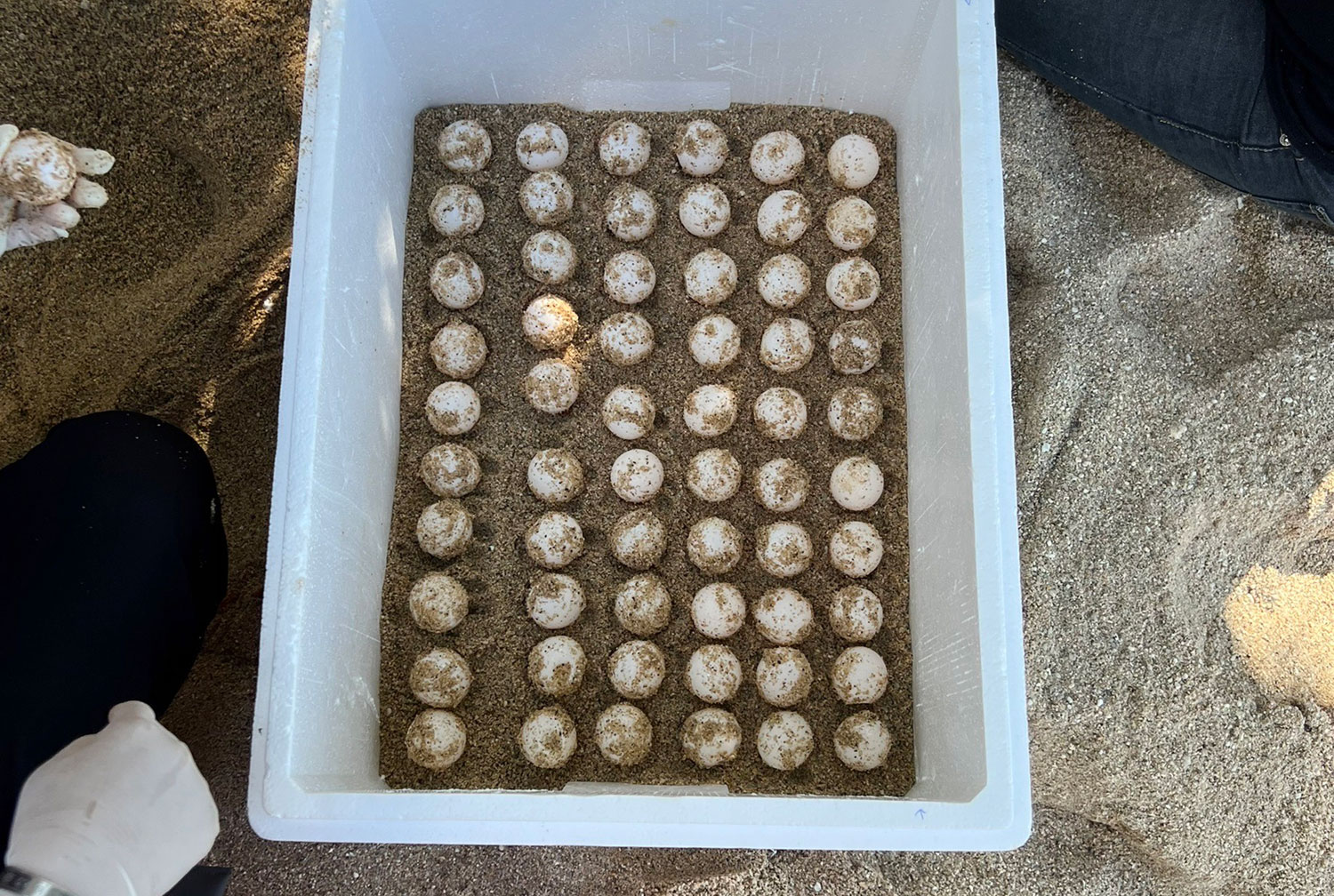 A total of 125 eggs were laid by a green sea turtle. (Photo supplied: Achadthaya Chuenniran)